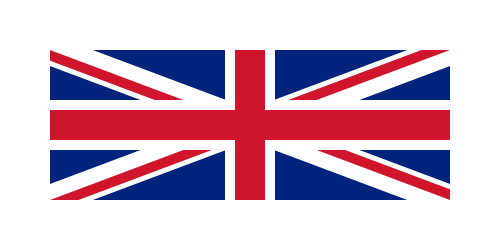 Hello, this is Darrell Castle with today’s Castle Report. Today I write about the nation of Great Britain or the United Kingdom, as it is usually referred to today. The UK is the mother country for many of us and, as far as I’m concerned, I almost feel as much a part of it as those who live there. It’s not so great today, however, as we will see in this Report.

Britain has maintained its independence for a long time, at least since the Romans left and before it was referred to as Britain. The British people have resisted invasion from Vikings, from Napoleon, and from the Spanish Armada. When Hitler demanded that they surrender in 1940 he offered them favorable terms, if they would just submit to his conquest of Europe. Churchill told Hitler that Britain would never surrender and would fight to the last Englishman’s last drop of blood.

It is a brave and glorious history but what Hitler could not do with his millions of troops, his Luftwaffe, and his U-Boats in six years of total war, a horde of psychotic lunatics from the Middle East and Africa have managed to do without firing a shot. Yes, Britain has surrendered to invasion and colonization by the minions of Islam.

This is a religion or ideology that has declared war on the West and has stated that it is bound by God to destroy Britain. British politicians pushed and pulled along by EU bureaucrats, and whoever owns them, propelled by the billions of George Soros and others seeking to destroy civilization as we know it, and aided and abetted by the entire mass media of the West, have destroyed the once great nation of Britain. It is no more, it is gone and just a shell remains of a once great nation.

Thousands of attacks—and a silent media

Thousands of British girls ranging in age from 9 to 16 have been systematically kidnapped; gang raped and tortured by Muslim rape gangs and no one does a thing about it. The story is so massive and the damage so horrible it doesn’t fit the narrative of today’s #MeToo media. These aren’t grown women who have been groped or harassed for sex in return for job or career advancement. These are children by the thousands who have been raped and tortured because the British people have allowed themselves to be colonized by a group of people who look on British children as filthy infidels worthy of nothing else.

The British Government, currently under the leadership of the most useless Teresa May, who is apparently nothing but a puppet for EU bureaucrats, has admitted that these horrible crimes have been ongoing for at least 40 years. No one seems to know how many children have been victims but it is in the thousands. The Muslims aren’t content to just rape these girls; they have to torture and degrade them as well. That is a clear indication that their actions are driven by religious hatred of their host people and host country. You can read many examples of Muslim psychopathic rapists admitting as much publicly.

So just to keep this point going on your mind: in the small town of Telford, more than a thousand little girls over a 40 year period were drugged, beaten, raped, forced into prostitution and forced to take abortion pills multiple times a week. In Rotherham, it was at least 1400 children that suffered that treatment at the hands of Pakistani men. Many of these girls were tortured horribly and raped by dozens of men per day. Men lined up to wait their turns with them.

The British police knew that it was happening by their own admission. Many times the police came across or were called to homes where a 12 year old girl was being raped by several men and they did nothing. Why would they turn a blind eye to the suffering of these children you ask? Why, because they were afraid of being called racist of course. Let’s get this straight; the British police and politicians knew that thousands of British girls were being systematically raped and tortured, some even murdered, for 40 years and did nothing about it because they were cowering in fear at the thought of being called racist.

Perhaps Muslim men accused of rape, drug-dealing, forced drug addiction, torture, murder and Pedophilia are simply the wrong kind of perpetrators. The ladies of #MeToo prefer powerful white men. Maybe these girls are the wrong type of victims. After all they are all white British girls from working class families. What else could have caused this conspiracy of silence that has gone on for 40 years?

Since the British police are not arresting Muslim men of Middle Eastern or African origin no matter what they do, I wonder if that doesn’t leave them with a lot of time on their hands. When you refuse to investigate, arrest, or prosecute virtually the only people committing violent crimes what do you do all day with your time.

Well, you don’t have to worry about that at all. The police spend their time arresting, prosecuting, and banning from the country innocent people who try to report on what is happening. A whistleblower was suspended from the police force after passing evidence to a newspaper. A whistleblower was fired from her job at a counseling service for victims of sex crimes because the service was afraid it would lose its government grants.

Lauren Southern, a 22 year old Canadian woman trying to enter Britain from the French port of Calais was denied entry and detained because she was planning to meet with British citizen, Tommy Robinson, who has been outspoken and unstoppable in his efforts to report the truth about what has been happening to the girls of Britain. Lauren had been in Europe reporting and distributing pamphlets critical of Islam. She said the border authorities asked her religion and she replied Christian. They then asked if she was an extremist Christian, if she wanted to run over Muslims with a car or truck, or if she was a terrorist. She was finally released but banned from Britain indefinitely.

Lauren is not the only one to be banned because she dares to report the truth about these horrific crimes. Martin Sellner is the leader of Generation Identity, which is a group opposed to the Islamization of Europe. Brittany Pettibone is his American girlfriend and a well known speaker on the same topic. Both are law abiding and neither have ever been convicted of a crime but both were barred from Britain on March 9th because they were going to speak at a place called “Speaker’s Corner”, which is known as a free speech corner for any viewpoint whether accepted or not. They were arrested, taken through the airport in handcuffs and held in custody for three days.

The very public treatment of these innocent people is obviously to prevent their views from being heard in an effort to make sure the British public is ignorant about what their country is doing. The other reason, more than likely, is to chill any effort any person may have to try to bring the truth to Britain. Tommy Robinson is doing his best to get the word out. He is not mild mannered as is Lauren, Brittany, and Martin, but takes a more combative, in your face style. He is a British citizen so he can’t be banned but I would advise him to be on guard lest he be accused of a crime and imprisoned.

The British government has admitted many Muslims returning from the battlefields of Syria where they served with the forces of ISIS. These people literally go to Syria, fight for ISIS, perhaps against British troops and then, are not only welcomed back, but given free housing and welfare vouchers to help them transition back into British life. So if you are some mild mannered reporter just trying to speak the truth about what’s happening, it’s sorry go away, but it you are a violent terrorist actually trained and experienced in terroristic combat, it’s come on in and get your free housing and welfare voucher.

I wonder at Britain though; at the land of Shakespeare; at the land that produced Wellington, Churchill, and the SAS. What does the SAS, always one of, if not the finest, Special Forces Units in the world look like today? I don’t know what they are like today, and I’m afraid to ask. There is one other British group I wonder about and that is the men. I wander if there are any men left in Britain; any fathers, brothers, or husbands? They are apparently all disarmed, emasculated, and hiding in the corner while their little girls are raped and tortured.

Finally folks, can you imagine this horrible crime happening here in America? Perhaps that’s why our Democrat politicians are trying so hard to disarm us. America is a country of millions of men armed to the teeth. I just can’t see American men letting a group of psychotic, psychopathic, criminals’ rape and torture their daughters.

The Muslim rape gangs have had thousands of victims in Britain, and at least tens of thousands around Europe. These gangs are colonizing Europe in order to conquer the West. They need a base of conquest to launch their attack on America. Never let them disarm us and never give up your guns for any reason. So if they say they are coming for our children, all I can say is, come on, we’re waiting.

Remember, The God of Israel is Also a God of War!

Parkland: keeping you outside the building