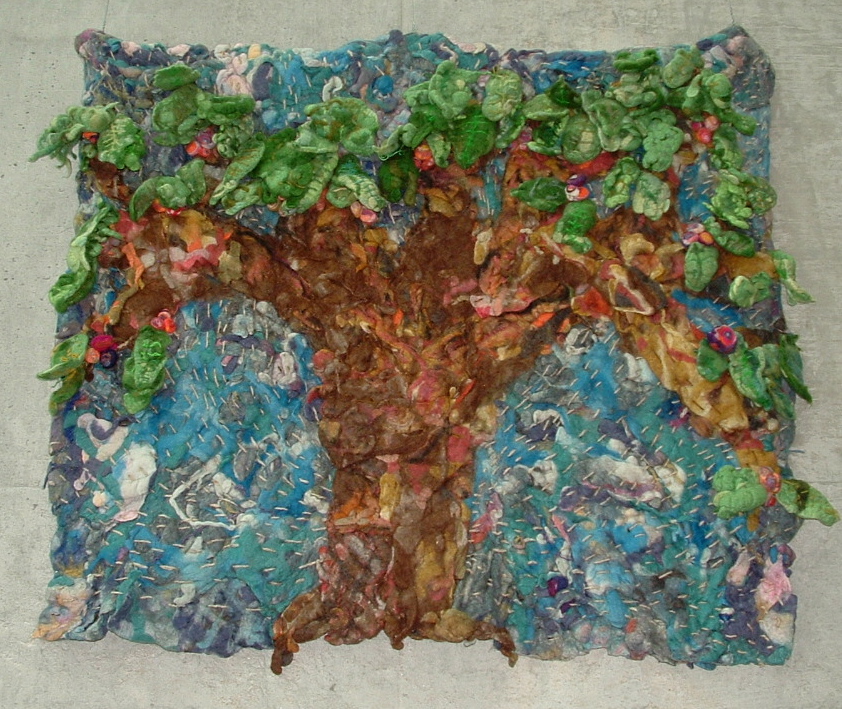 The United States of America emerged from World War II as the world’s undisputed superpower economically and militarily. The Marshall Plan (officially the European Recovery Program, ERP) was an American initiative to aid Western Europe that gave over $13 billion (nearly $110 billion in 2016 US dollars) in economic assistance to help rebuild Western European communities after the end of the war. The Marshall Plan provided political stability for the world and created a world market for American goods.

United States Secretary of State George Marshall delivered an explanatory speech to the graduating class of Harvard on June 5, 1947:

The modern system of the division of labor upon which the exchange of products is based is in danger of breaking down. … Aside from the demoralizing effect on the world at large and the possibilities of disturbances arising as a result of the desperation of the people concerned, the consequences to the economy of the United States should be apparent to all. It is logical that the United States should do whatever it is able to do to assist in the return of normal economic health to the world, without which there can be no political stability and no assured peace.

Our policy is not directed against any country, but against hunger, poverty, desperation and chaos. Any government that is willing to assist in recovery will find full co-operation on the part of the USA. Its purpose should be the revival of a working economy in the world so as to permit the emergence of political and social conditions in which free institutions can exist.

The Marshall Plan, also called the Foreign Assistance Act of 1948, had the descriptive title of:

It was with the best of intentions and the hopefulness of new parents that the United States looked to the future and assumed the temporary responsibilities of nurturing and protecting that are characteristic of parenthood. What happened?

Shel Silverstein’s 1964 classic The Giving Tree provides the answer. The Giving Tree explores the dynamics of giving and taking through the story of a boy and an apple tree. The tree loves the boy and gives him apples, shade, and a place to play. The boy happily takes what the giving tree gladly gives. As the boy gets older he continues to take without regard to the consequences for the giving tree. He takes her apples, her branches, and her trunk until all that is left of the giving tree is just a stump that the boy sits on.

The Giving Tree is a cautionary tale that illustrates how prolonging childhood “taking” and protracting childhood “giving” of unconditional love are destructive to the giver and to the taker.

The Marshall Plan was in operation for four years. But it created a paternalistic dependency upon the United States that has continued unabated for 70 years. Finally President Donald Trump said, “Enough is enough.” President Trump wants to end the prolonged dependency by pressuring the countries of the world to become responsible self-supporting entities.

President Trump’s America first policies are designed to decrease the world’s dependence on America and reduce our unsustainable trade deficit. The United States has become the giving tree and President Trump will not allow her to become a stump. Americans need to understand the economics of dependence. This is how it works.

The North Atlantic Treaty Organization (NATO) founded in 1949 is a military alliance between America and 28 predominately European countries. Only five NATO countries currently pay their required share to protect their own countries – the US, Greece, Poland, Estonia, and the UK – America pays the difference. This means that America is subsidizing European socialist economies because the money not spent on their own NATO obligation is available for them to spend elsewhere. This dependent behavior is compounded by the unfair trade practices of the same nations.

So, the European dependence upon America is draining our own economy as it props up their socialist economies. As Margaret Thatcher famously said, “The trouble with Socialism is that eventually you run out of other people’s money.” President Donald Trump’s America first economic policies are widely criticized and rejected in Europe because for 70 years the Europeans have had the benefit of prolonged dependence on the USA and President Trump is telling them, “Enough is enough!” it is time for the European Union to become financially independent and stop taking from the giving tree!

The drama that is unfolding internationally is well known to parents of adult children who refuse to launch. In a jaw-dropping May 2018 case in upstate New York, 30 year old son Michael Rotondo refused to leave his parents’ home. These parents refused to become stumps. So they sued their son in court to stop him from taking what they no longer wished to give. The judge ruled in the parents favor. But the case leaves one acutely aware that something is seriously wrong when a grown son insists upon living like a child in his parents’ home. Michael Rotondo is the real life “boy” in The Giving Tree.

Parents who encourage and/or allow prolonged dependence cripple their children emotionally and endanger themselves economically. Dependence that is protracted and extended past childhood creates an inappropriate attitude of entitlement seen in the boy’s selfish lack of concern for the giving tree. President Donald Trump realizes that prolonged dependence is crippling Europe and has created an attitude of entitlement that will bankrupt America. The world is appalled by Michael Rotondo’s refusal to launch and supports the parents. Why should the world be any less appalled by 70 years of European dependence upon America? Enough is enough.

Anger should surprise no one, impress no one

It is not surprising that adult children who have been allowed to live as dependents far past the appropriate time for such an arrangement will get angry when told to grow up and leave. The insulting blimp of an infant President Trump that flew disrespectfully over London is symptomatic of the psychological defense mechanism projection widely used by the President’s emotionally underdeveloped critics here and abroad. Projection is a tactic of reversal in which Person A accuses Person B for what Person A is actually doing. The London millennials who have refused to launch and who are demanding lifelong government support are angry with the giving tree for saying No. The infant blimp is a reflection of themselves.

Similarly, it is not surprising that our NATO allies are angry that President Trump has told them to pay their required share saying we will no longer subsidize their economies. It may not appear “Presidential” to speak so plainly about what makes Europe intensely uncomfortable, but it is precisely what will save America from bankruptcy. There is no legitimate reason for Angela Merkel to balk at paying Germany’s fair share of its NATO responsibility but Merkel keeps demanding more branches from the American giving tree. Consider these numbers.

Today, the volume of the US defence expenditure effectively represents some 67 per cent of the defence spending of the Alliance as a whole in real terms¹. This does not mean that the United States covers 67 per cent of the costs involved in the operational running of NATO as an organisation, including its headquarters in Brussels and its subordinate military commands, but it does mean that there is an over-reliance by the Alliance as a whole on the United States for the provision of essential capabilities, including for instance, in regard to intelligence, surveillance and reconnaissance; air-to-air refueling; ballistic missile defence; and airborne electronic warfare.

One commentator gets it

An interesting article written by Marc Thiessan appeared in The Washington Post on 7/12/18 titled “Trump Isn’t Attacking NATO. He Is Strengthening It.” The article states that President Trump’s tough stance will strengthen NATO. Allies must pay their share and invest in real usable military capabilities or NATO will become irrelevant. “An alliance that cannot effectively join the fight when one of its members comes under attack or runs out of munitions in the middle of a military intervention is, by definition, irrelevant. NATO needs some tough love, and Trump is delivering it. Thanks to him, the alliance will be stronger as a result.”

President Trump’s America first foreign and domestic economic and military policies will end the prolonged European dependence on America. His protective policies will free America from their inappropriate dependence that continues to weaken our economy. The renegotiation of the North American Free Trade Agreement (NAFTA) is part of President Trump’s America first effort to establish FAIR trade among nations and further reduce our unsustainable trade deficit.

President Trump is doing what Shel Silverstein’s giving tree should have done. Had the giving tree said No to the boy as he grew into adulthood, the boy would have become a man and the tree would not have become a stump. The countries that have been depleting America’s resources for 70 years have been put on notice. The President’s plain language has exposed the inconvenient truth that what was supposed to be temporary American support has morphed into unsustainable, inappropriate, destructive dependence upon America.

President Trump has told the world No! President Donald Trump will not allow the United States of America to become a stump.

Is this normal or am I in a bad part of town?