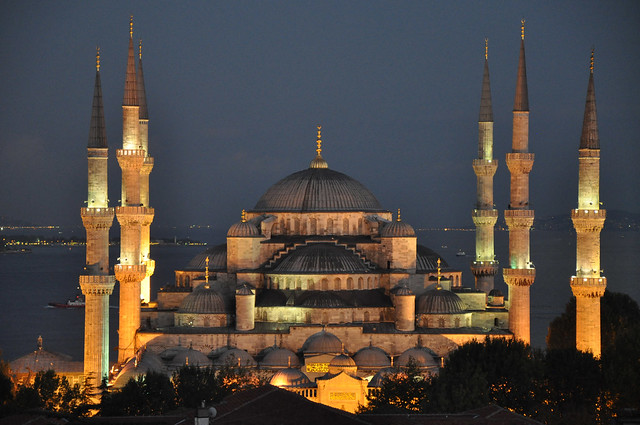 The Murder of Rabbi Meir Kahane, two attempts on the Twin Towers, 9/11, Al-Qaida, ISIS, the Muslim Brotherhood, Hamas, Iran, Boko Haram, Abu Sayyaf, Little Rock, Fort Hood, the Boston Marathon, the Vaughan Foods beheading incident, the attacks on two military installations, in Chattanooga, Tennessee, Paris attacks, 7/7 the London underground bombings and the list goes on and on and on.

It’s about time the Muslim community in America do some serious soul-searching, reform itself, and vomit out of their midst, their filth; if they want decent law abiding Americans to not suspect every Muslim, as a potential terrorist!

Good decent Muslim citizens of America, have to take a stand, as did those righteous people in Nazi Germany against their regime at the time. They have to publicly denounce their extremists and potential extremists, work with authorities to weed them out of their communities, and press for a more Reformed version of Islam.

Muslim on Muslim violence is one of the lesser spoken about tragedies. “Honor killings,” usually done to daughters, must stop. Bullying by extremists within the Muslim community, to tow the “Sharia Line,” whether in America, France, Britain, or anywhere else in the Democratic West, needs to be dealt with seriously, if all Muslim citizens don’t want be suspect. To the outsider, who can tell the victim from the victimizer?

Which brings me to:

…And, her disgusting recent, “Some people, did something,” reference to the 9/11 Twin Towers tragedy.

“Terrorists and all those who support them…” is what George W. Bush said after 9/11.

Those Muslims and Muslim organizations that don’t denounce and actively work to uproot; passively, quietly support. Or, at least are legitimate targets of suspicion from non-Muslims.

By contrast, Omar in her recent Council of American-Islamic Relations of Greater Los Angeles’ speech, wrapped herself and the Muslim community in Victimhood, not from their internal extremists, but American society at large.

And I feel extremely lucky to to be here in California with all of you — fighting for justice, for equality, for the right for us to equally exist in this country. Many people expect our community to feel like it needs to hide every time something happens. But repeatedly, we have shown them that we are not to be bullied. We are not to be threatened. We are not to be terrorized. We are strong, resilient and we will always show up to be ourselves…

So we are coming off a tragic, tragic nightmare that has happened to Muslims in New Zealand. Many of us know that this is not a one-off incident. Many of us were not shocked or surprised. Many of us were kind of holding our breath for a really long time thinking when will something like this happen…

And then without missing a beat, no soul-searching here, she came out swinging,

“…the reason I think that many of us knew that this was going to get worse is that we finally have a leader, a world leader, in the White House, who publicly says Islam hates us, who fuels hate against Muslims, who thinks it is okay to speak about a faith and a whole community in a way that is dehumanizing, vilifying…”

Did Trump start Jihadism against the West, or is he responding to it?

Fact check: In 2011, Pres. Obama ordered the entire federal national-security apparatus to get rid of counter-terrorism training material that instructed agents to focus on Islam itself, rather than specific terrorist groups. So what is she talking about, the American government long ago stopped a maybe overly general policy, which did actually make sense right after 9/11.

Maybe if Muslims like Omar took on their own thugs, instead of blaming the “infidels,” like Trump or “the Jews”, non-Muslims would be less suspicious of Islam and Muslims.

…if you one day find yourself in a school where other religions are talked about, but when Islam is mentioned, we are only talking about terrorists and if you say something you are sent to the principal’s office. So to me, I say, raise hell, make people uncomfortable. Because here’s the truth: For too long we have lived with the discomfort of being a second-class citizen, and, frankly, I’m tired of it, and every single Muslim in this country should be tired of it.

By the way, this MO, of playing victim, then, when becoming strong enough, attacking, goes all the way back to Muhammad himself. After fleeing his enemies in Mecca, Muhammad and his entourage arrived in Yathrib (later Medina) near destitute. He started a “peace process,” between warring Arab tribes, became a person of stature, and negotiated a “Covenant of Medina,” which also promised “equality” for the Jews living there. Later when he became stronger, he broke the agreement, worked to convert the Jews to Islam, and when rejected, turned on them, attacking and killing two Jewish tribes and driving out the third.

If American Muslims don’t want to be conflated with terrorism, (which is most often carried out by Muslims, globally, I might add), or with anti-Semitism and hate, then they need to stand up, and put down their own self-appointed representatives like Ilhan.

Its either reform Islam now, or face getting more Ilhan Omars…

The full text of Rep. Omar’s “some people did something” remark comes from Tyler Deaton of The Bulwark:

CAIR was founded after 9/11 because they recognized that some people did something and that all of us were starting to lose access to our civil liberties.

As Mr. Deaton points out, elements of the Holy Land Foundation founded CAIR in 1994.

But least one self-identifying British Muslim did speak out recently against some of Rep. Omar’s remarks. Qanta A. Ahmed, M.D., decried the congresswoman’s remarks as “disgrace[ful],…outrageous, ignorant, anti-Semitic, and now anti-American.” See this report for more.

Sultan Ahmed I built this mosque (the Blue Mosque) in Istanbul in the seventeenth century. Photographer Jorge Lascár photographed it in 2012, and released it under the CC Attribution 2.0 Generic License.

The Muslims are Colonizing Under Your Noses – Putting Muslim Representatives Into Position Only to Attack!

I take this woman …