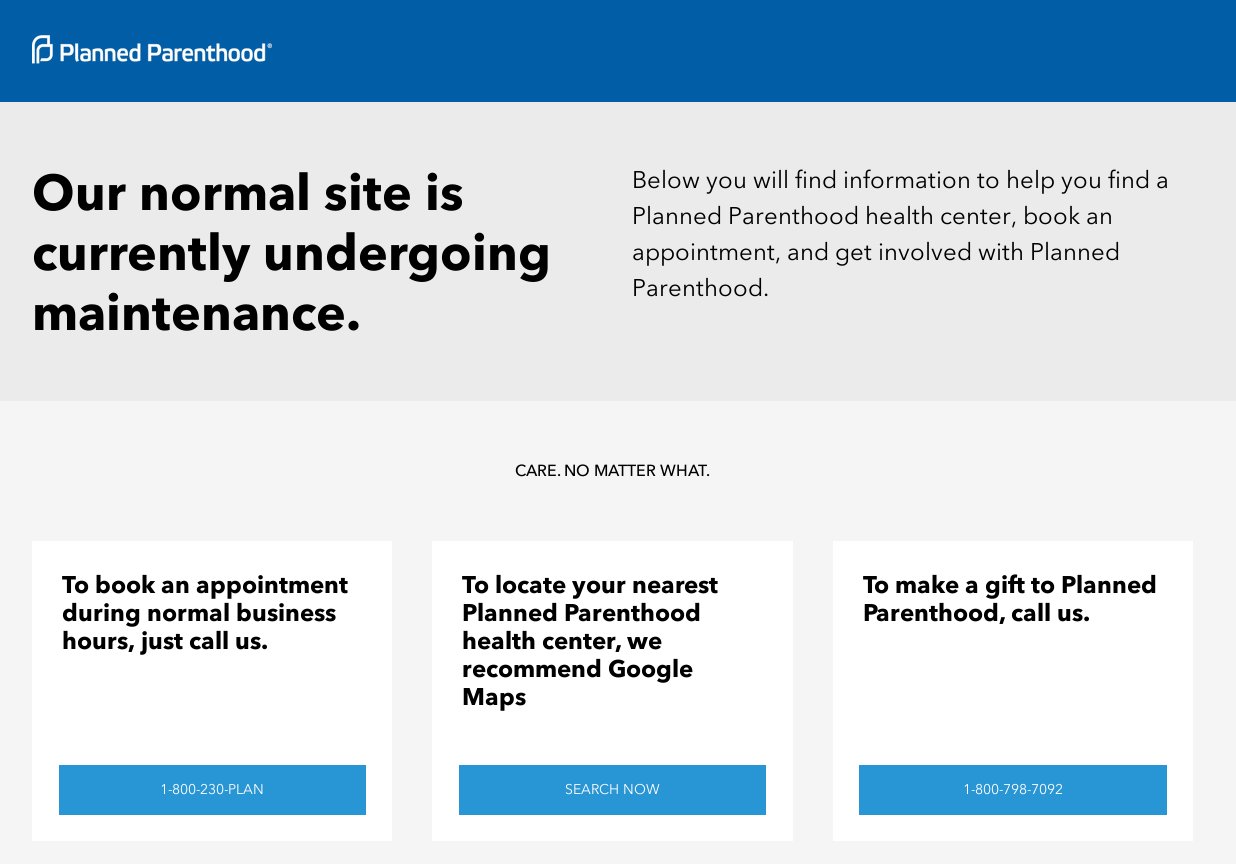 The first birth control pill was commissioned by Margaret Sanger and funded by suffragist Katherine McCormick, heir to the International Harvester fortune. On May 9, 1960 the FDA approved the pill and women’s reproductive freedom became foundational to the Women’s Liberation Movement, the sexual revolution, and the anti-establishment counterculture movement which supported Planned Parenthood’s rejection of all limits on abortion.

By 1969 Planned Parenthood was demanding total repeal of all abortion laws.

In 1973 the Supreme Court issued its landmark decision in Roe vs Wade and abortion was legalized in America. Women had the right to choose whether to have an abortion, but the right was not absolute because of the competing interests of protecting prenatal life, and also the government’s interest in protecting women’s health. The Court issued restrictions that addressed the complexity of the issue in what is known as a balancing test.

Where it’s legal to murder one’s own child

This unnerving decision means it is legal to abort a viable baby up to birth and even after birth in some cases. Late term abortions are no one’s right to choose – they are legalized murder. A baby just before birth is not a cluster of undifferentiated cells – it is a fully formed viable human being. How did murder become legal in the United States of America?

The radicalization of Planned Parenthood

Planned Parenthood began as Margaret Sanger’s women’s health initiative to provide necessary birth control, birth control advice, and birth control information. It has become radicalized along with the radicalization of the Democrat party which sponsors its initiatives. Why is this important?

One of these initiatives is SIECUS Sexuality Information and Education Council of the United States.

SIECUS was started in 1964 by Dr. Mary Calderone who was the Medical Director for the Planned Parenthood Federation. SIECUS publishes books and journals on sexuality and sex education that are used by professionals, parents, and the public. They have developed curricula for medical schools and college students. SIECUS is responsible for the Guidelines for Comprehensive Education: Kindergarten-12th Grade that are part of the Common Core curriculum taught in public schools throughout America. Here is the problem.

Planned Parenthood is in the education business and is actively indoctrinating American children in their radical views on sex, sexuality, and gender. SIECUS interim president Christine Soyong Harley unapologetically announced the group’s conviction that “Sex ed is a vehicle for social change.” WHAT???

I will repeat: SIECUS interim president stated that sex education is a vehicle for social change and promotes her activism saying:

While sex education is a necessary sexual health tool, it can (and should) be so much more than that. With sex education, we have a golden opportunity to create a culture shift-tackling the misinformation, shame, and stigma that create the basis for many of today’s sexual and reproductive health and rights issues, like:

Harley goes on to say that they already have the way to do this – it is their Comprehensive Sexuality Education (CSE) that is currently indoctrinating your children K-12! REALLY??

Planned Parenthood consists of 159 medical and non-medical affiliates, which operate over 600 health clinics in the United States. It partners with organizations in 12 countries globally. The organization directly provides a variety of reproductive health services and sexual education, contributes to research in reproductive technology and advocates for the protection and expansion of reproductive rights.

This shocking video will help the uninitiated become acquainted with the sinister humanitarian hoax of Planned Parenthood worldwide. Planned Parenthood presents itself as a humanitarian organization dedicated to advancing women’s health while they target your children using perverse sex education as their vehicle to effect seismic social change.

Dr. Duke Pesta has written a scathing assessment of Common Core’s sex ed in “Shocking K-12 Common Core Sexual Education Standards.” Pesta explains that sex education is integrated into every subject taught including English, language, science, math, social studies, and biology. There is no opting out of their perverse sex ed because it crosses all subjects. Pesta writes,

According to child psychologists, the children are not mentally equipped to understand the detailed sexual indoctrination starting in kindergarten, they are indoctrinated in sexual practices that they should never be exposed to.

The goal of the National Sexuality Education Standards: Core Content and Skills K-12 is to provide clear, consistent and straightforward guidance on the essential minimum, core content for sexuality education that is age-appropriate for students in grades K-12.

Sounds great – but then humanitarian hoaxes always do.

The stated goals do not reflect the broader culture shift that is the actual goal of the leftist/globalist sexual education program. Sexual identity is the first thing that is announced in any language anywhere in the world when a baby is born. “It’s a boy!” ”It’s a girl!” There is a minuscule portion of the world’s population that has ambiguous sex organs that would leave the baby’s sexual identity unclear.

The perverse movement to confuse children about their primary identity is a sinister attempt to destabilize society and create social chaos. Social chaos is the prerequisite for imposing a new world order envisioned by the globalist elite. The New World Order is not so new. Bertrand Russel wrote about it in his 1952 classic, The Impact of Science on Society. The New World Order is an internationalized world with one language, one currency, one flag, one language, one educational system, one culture, one country ruled by the globalist elite themselves under the auspices of the United Nations.

An attack decades in the making

Dr. John Coleman describes the nexus of the conspiratorial elite seeking world domination in his books Conspirators’ Hierarchy: The Story of The Committee of 300, and Tavistock Institute: Social Engineering the Masses.

The attack on sexuality was articulated decades ago by Tavistock Institute as an effective tactic in their efforts to breakdown the psychological strength of the individual and render him helpless to oppose the rulers of the new world order. The strategy of the Culture War is to attack the infrastructure of American life – family, religion, patriotism, and sexual behavior. Why sexual behavior?

Part of a wider war

Sexual behavior is a reflection of social norms in society. Monogamous sex in marriage is a commitment that values loyalty to the spouse and family unit. It is also a reflection of the Judeo-Christian moral prohibition against infidelity. Not all couples manage fidelity but it is still considered immoral. The breakdown of the family and the rejection of the moral teachings of religion invite detachment and promiscuous sex. The destruction of traditional morality and the normalization of deviance is a deliberate strategy in the Culture War against America.

The humanitarian hoax of Planned Parenthood is a sinister attack designed to destroy America from within that has gone global with the help of the United Nations and their Agenda 2030. The New World Order is impossible without the breakdown of American society. Planned Parenthood and SIECUS are soldiers in the leftist Culture War against America.

Trying to start a race war

Tactical accusations of white supremacy are foundational to the leftist narrative. They are even part of the destructive sexual education program designed to create chaos in America. This is how it works.

The leftist narrative is designed to collapse American and create catastrophic tensions that will erupt in a race war – the goal of the white supremacy narrative. The race war will lead to anarchy and the country will become ungovernable. At that point Martial law will be declared and the leftist objective of socialism will be imposed.

The problem, of course, is that the leftists are just useful idiots for the globalists. Leaders like Christine Soyong Harley will no longer be useful to the revolution. They are collateral damage. The globalists will then impose one world government which was their goal all along – no more leftists – no more Islamists – no more Planned Parenthood. Just a catastrophic return to feudalism with a very small ruling elite – and the mass population who serve them. There is no middle class in feudalism – no upward mobility – no freedom of any kind. Just masters and slaves as the globalist elite desired.

Planned Parenthood is doing the dirty work of the globalist elite – they are just too arrogant and too angry to notice that they are participating in their own destruction. The noisy leftist Democrats who support Planned Parenthood and promote its destructive agenda are also useful idiots of the globalist elite who fund their pricey political campaigns. The duped Democrats are mercenaries who haven’t figured out that when this war is over they will also be dispensable.

The winner in the fight for the soul of America will be determined by the election outcome in 2020. America-first President Donald Trump is the existential enemy of the leftist/Islamist/globalist axis that is trying to collapse our country and establish a new world order. Do not let them. Do not be fooled by the humanitarian hoax of Planned Parenthood. Vote straight Republican and take back the House so that President Trump can keep America great.

To see this article elsewhere

Linda Goudsmit published this article here at Pundicity and on her own site.

Related Topics:abortioneducationglobalismUnited Nations
Up Next