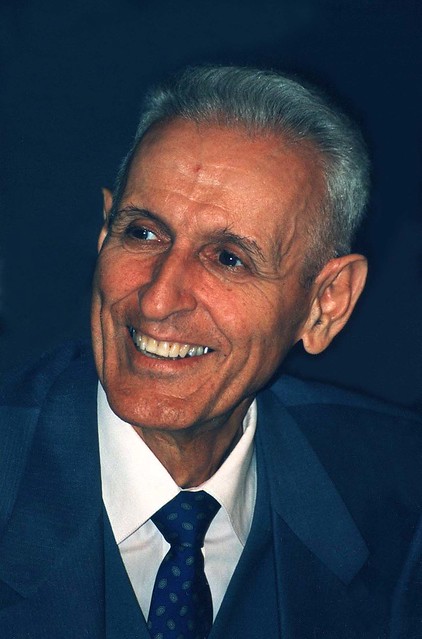 In 1990, Dr. Kevorkian was arrested and convicted of second-degree murder for his role in the physician-assisted suicide of Thomas Youk 52, a patient in the final stages of Lou Gehrig’s disease. Kevorkian was sentenced to 10-25 years in prison and then granted parole after serving 8 years. He devoted his last years to lecturing and changing the laws on physician-assisted suicide.

As individuals living in a free country we embrace our Constitutional rights to life, liberty, and the pursuit of happiness, but what about our right to die? Dr. Kevorkian raised public consciousness about terminally ill patients and their right to die. The problem, of course, is the opportunity for abuse in “assisting” suicides.

Legalizing assisted suicide is legalizing self-murder, so beyond any religious opposition to “playing God,” there is the secular opposition based on the possibility of murder disguised as suicide. That brings us to “politically assisted” suicide, and the increasingly suspicious and ever-growing Clinton family body count. WHAT??

It is impossible to ignore the growing list of individuals scheduled to testify against the Clintons who are mysteriously found dead before their court dates. Some have been ruled murders and some ruled suicides – all are suspicious. Let’s take a look at a few.

March of 2015: FBI Special Agent David Raynor was found stabbed and murdered with his own gun the day before he was scheduled to testify before the US Federal Grand Jury. Raynor was expected to expose that Clinton acted illegally to coverup the Fast and Furious scandal to protect Obama. Raynor was leading the investigation into the murder of one of the main witnesses, homicide Detective Sean Suiter, who Raynor believed had been killed before he could testify that the Obama administration, “…was criminally complicit in allowing guns to flow into the hands of criminals on the Mexican border.” Politically-assisted suicide?

July of 2017: Klaus Eberwein, a former Haitian government official scheduled to testify against Clinton Foundation corruption and malpractice was found dead in Miami with a gunshot wound to his head – the death was ruled a suicide. Eberwein was expected to expose that only 0.6% of donations for Haitian aid were actually received, 9.6% went to the Haitian government, and 89.8% – a whopping 5.5 billion dollars went to non-Haitian organizations. Politically-assisted suicide?

June 22, 2016: Who can forget John Ashe, the former United Nations General Assembly President who “accidentally” dropped a barbell on his throat the day he was supposed to testify about Hillary Clinton’s ties to Ng Lap Seng, the Chinese businessman on trial for bribery. Ng Lap Seng had been implicated in the 1996 China-gate scandal for funneling illegal donations to Bill Clinton’s re-election campaign. Politically-assisted suicide?

July 20, 1993: Vince Foster, deputy White House Counsel, had intimate knowledge of the Clintons’ personal finances and had been called to testify about records that Hillary refused to turn over. Foster was found dead in Ft Marcy Park in Washington, DC. His death was reported as a self-inflicted gunshot wound to his mouth, and ruled a suicide even though the suicide note was forged, and the gunshot wound to the back of his neck went unreported. Politically assisted suicide?

July 10, 2016: Seth Rich, the DNC Voter Expansion Data Director, found shot multiple times near his home in Bloomingdale, DC. His death was ruled a robbery gone bad even though nothing was taken – his wallet, watch, and cell phone were there. Really? One wonders just how stupid the media thinks the public really is. Seth Rich has been identified by many as the internal leak of the 20,000 DNC emails that proved the DNC was rigging primaries to favor Hillary. Seth Rich could prove that there was no Russian hack – and then he was dead. Politically assisted suicide?

August 10, 1991: Danny Casolaro, a journalist working on a book exposing government-sanctioned drug running, was found dead in his hotel bathtub. His death was ruled a suicide even though the slashes severed the tendons to his fingers making it impossible for him to slash both wrists. Casolaro was investigating the curious case of the Justice Department’s theft of a law enforcement database software system called Prosecutors Management Information System (PROMIS) from a company called Inslaw. In 1991 PROMIS was unique because it could be programmed to automatically access other databases. It was a powerful spying tool used during the time of the Iran-Contra affair, the CIA’s clandestine gun and drug running operation that supplied the Nicaraguan Contras with untraceable weapons. Under then-governor Bill Clinton’s watch, Nicaragua was at one end of the drug smuggling pipeline, and Mena, Arkansas at the other. WHAT?? We will come back to this.

February 19, 1986: Barry Seal, the Louisiana pilot who smuggled drugs in and out of the Mena airport for the Medellin Cartel was murdered. Seal was earning as much as $1,300,000 per flight to transport cocaine from Colombia and Panama to the United States. In 1984 Seal was caught and made a deal to become an informant for the Drug Enforcement Administration (DEA). Seal testified against the Medellin Drug Cartel and was murdered by contract killers hired by Pablo Escobar, head of the cartel. On March 29, 1995 Robert Bates, Barry Seal’s mechanic, supposedly died of an “overdose of mouthwash.” Seriously?

The list of suspicious deaths, euphemistically called the Clinton body count or Arkancide, continues to grow but perhaps the most intriguing at this moment is the death of CIA drug pilot Barry Seal. Are we supposed to believe that the CIA drug running stopped with Barry Seal’s death? Not likely. Enter Jeffrey Epstein.

August 10, 2019: Convicted sex offender Jeffrey Epstein found dead in his cell the day after 2,000 court documents were unsealed. The media remains focused on the names of the rich and famous who would have been outed if Epstein’s case went to trial. I am far more interested in what else was on Jeffrey Epstein’s plane besides underage girls. Is it possible that Jeffrey Epstein replaced Barry Seal? Is it possible that Jeffrey Epstein’s extremely suspicious “suicide” was an attempt to stop him from making a deal with the DOJ that would have outed Hillary, Bill, and Obama’s malfeasance in CIA covert drug running operations? Politically-motivated assisted suicide?

Financier Jeffrey Epstein worked at the investment bank Bear Stearns before forming his own firm in 1982, J. Epstein & Co in St Thomas, VI. Epstein’s firm serviced an exclusively wealthy clients with $1 billion or more in assets. The dubious nature of Epstein’s business was discussed in a Business Insider article dated July 22, 2009 by Jay Carney titled, “Is Jeff Epstein Also Running a Ponzi Scheme?”

The article asks if Epstein is running a Ponzi scheme? There are no analysts, portfolio managers, or traders. All the investment decisions are made by Epstein himself. Epstein has absolute control of the money, charges a flat fee of between $25 million-$100 million, and takes no share of the profits. Even more curious according to Carney, “There are no SEC filings disclosing Epstein’s holdings. Not one. It’s hard to see how he could be managing billions without ever tripping a disclosure trigger, unless he avoids the stock market altogether and only invests in private deals.” Perhaps Jeffrey Epstein’s private deals were with the CIA – perhaps not.

Doug Band, deputy assistant and then counselor to Bill Clinton, introduced Epstein to Clinton. Band served as President Clinton’s aide and traveled to 125 countries with Clinton. During his post-presidency, Band helped set up the Clinton Global Initiative and the Clinton Foundation. Band negotiated with the Obama administration to have Hillary Clinton become Secretary of State. Oh my!

Perhaps Epstein’s Lolita Express was flying cargo besides the conspicuously underage young girls. Perhaps Epstein was flying drugs and money in and out of the Virgin Islands which is known to be the South American cartel drug-trafficking trans-shipment point. According to a 4.10.15 article in Virgin Island News, “One of the FBI’s 10 most wanted fugitives was captured (a Virgin Islander ‘Jimmy the Juice’ Springette) and testified in 2008 about the massive drug-trafficking operation transporting tons of cocaine for South American Cartels through the Virgin Islands to the mainland United States via the airport, cruise-ships, and other means.”

Perhaps during the 27 times that Bill Clinton flew with Jeffrey Epstein aboard the Lolita Express, the teenage girls onboard were the main attraction that shielded the late-night show. If the smugglers were ever caught, the sex trafficking would be the focus of the investigation and the drug running would remain concealed. Diversionary tactics are classic strategies of war – why would drug wars be any different?

It simply strains credulity to believe that the extremely suspicious death of Jeffrey Epstein was a suicide – unless of course it was a politically-assisted suicide.

The humanitarian hoax of politically assisted suicide must be investigated as part of Attorney General Barr’s efforts to drain the corrupt Washington swamp and restore government credibility. Enough is enough! The country has had enough of the Clinton Crime family. It is time to investigate prominent American political crime families for racketeering starting with the odious Clintons.

This article also appears here at Pundicity.com and at the author’s website.

Why Did the United States Withdraw from the INF Treaty?