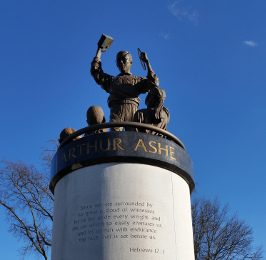 “The vast majority of people who are members of churches in America today are not Christians. I say that without the slightest fear of contradiction. I base it on empirical evidence of 24 years of examining thousands of people.” -Dr. D James Kennedy

My experience with conversions

In the early 2000s, I was the drummer in the band Junkyard Prophet, voted second highest unsigned band in the country, behind P.O.D who became MTV’s darling, and according to Reverb Nation, we were the best unsigned band. We worked with Geffen Records, Warner Brothers and being endorsed by major musical instrument companies globally. After touring the nation, as well as playing with the biggest names in the Christian scene (Bride, Guardian, Disciple, Novou, etc.) and secular bands (Drowning pool, Creed, Sick Puppies, Head East, Steppenwolf etc.), I am simply bringing my experience to you concerning the topic in which I will highlight first hand.

Scripture does not necessarily forbid all judgment

Before I get started, I would like to say to those who want to twist Scripture in an attempt to protect the gods that they have created in their minds such as their favorite musicians, actors, etc. (Exodus 20:4) by suggesting that I am not to judge, I would remind you that I am using the Judge’s Word to make judgments. I am judging with righteous judgment, and that out of love (Leviticus 19:17; John 7:24).

Yesterday (21 November), I took the time to highlight on my radio show the likes of many “celebrities,” that have been elevated to modern-day Christian stardom such as Kanye West, who was trophied on the heretical Joel Osteen platform recently for his supposed conversion. And you thought the political scene was filled with theatre! The Lord warned us of both (Mark 8:15).

This novice (unacquainted or unskilled in the Word), Kanye West, stated that he was the greatest artist that God ever created.

Didn’t know that it was about Kanye West anymore (Luke 9:23)? Kanye was praising himself (Proverbs 27:2).

Furthermore, does someone want to give this guy a reality check on what talent truly is? Then again, the bar has been lowered so far that we can understand why he is deceived into believing that he is what he wants to believe that he is.

You are to prove those who call themselves Christians.

And we beseech you, brethren, to know them which labour among you…

Case in point: Established churches up until 1900s used to prove their members for 1-3 years before accepting them for their professions (Acts 11:26).

Conversions – genuine or not

Now, Kanye wants to evangelize America’s youth with his music. That’s a good initiative, but he needs to first make sure that he is first a partaker of the fruit that the Lord gives in understanding in all things (2 Timothy 2:7). Time will show whether he is genuine or not.

The reason that I bring this point up is to show you what others that have claimed conversion such Bono from U2, Brian “Head” Welch from Korn, Alice Cooper, Bob Dylan, etc. do. They go back to the vomit that they claimed that they were converted from (Proverbs 26:11).

How does that work?

For example, Brian “Head” Welch from Korn claims his conversion, but rejoins the band and lifestyle that he claimed to be converted from.

Let me tell you that works by feeding upon the hirelings of the day (John 10:12) and refusing to do your own due diligence in searching the Scriptures for yourselves (John 7:17; Philippians 2:12; 2 Timothy 2:15).

According to Brian’s world (Hosea 4:6), you are to yield yourself back to the spirit of the world of antichrist in order to influence young people for the Lord (1 John 2:15-18). I cannot find that in the Word.

The same thing goes for Alice Cooper. He said that he “got saved because he was afraid that he would go to Hell.” I cannot find that in Scripture, but I can find where we are to fear the Lord in being converted from our sins (Psalm 19:7; Luke 12:4; Galatians 3:24) and putting our trust in Jesus Christ (Ephesians 2:8) through godly repentance (2 Corinthians 7:10).

His stage antics during his live tours include being beheaded by the hands of a sexy nurse and a guillotine, using baby dolls and then impaling them with a shiny sword, all with spiders draped over his eyelids and a straight jacket with blood running down.

What happened to “Therefore if any man be in Christ, he is a new creature: old things are passed away; behold, all things are become new”? (2 Corinthians 5:17)

Why won’t he preach repentance?

Jesus Christ is the standard for judging conversions and converts

I would remind my readers that Jesus Christ is the standard here (John 14:6) and not your favorite “celebrities.”

This all comes back to the mushroom converts that the modern gospel has produced. The message is “Repent for the kingdom of Heaven is at hand” (Matthew 3:2), not God loves you and has a wonderful plan for your life!

My friend Ray Comfort breaks this down really well.

Characteristics of a False Convert

The Parable of the Sower is found in Matthew 13 and Luke 8. So, we are going to use the harmony of the Gospels to look at six characteristics of a false conversion.

One must see sin as sinful

Characteristics of a True Convert

So, what are the fruits of a new convert? Well, according to Matthew 3:8, there is the fruit of repentance. If we are soundly saved, we will have evidence of repentance. Zacchaeus said, “Behold, Lord, I give half my goods to the poor; and if I have wronged anyone, I will pay back fourfold” (Luke 19:8).

The fruit of the Spirit

Not all conversions are real

Matthew 3:10 warns that “every tree that brings not forth good fruit”—not ordinary fruit, but good fruit—“will be cut down and cast into the fire.”

So, as witnesses of Christ, we should do everything we can not just to get church members, not just to get decisions or youth group members, but with God’s help, we must make sure that those we bring to the Savior have the things that accompany salvation (Hebrews 6:9).

Friends, the key word in these alleged conversions is found in patience. When it comes to the false converts in comparison to the real converts, patience is the weapon that forces deception to reveal itself, and in many cases, if you are paying attention, it already has (Matthew 7:21-23).

This statue of Arthur Ashe, tennis racket in one hand and Bible in the other, welcomes motorists to Richmond, Virginia. Arthur Ashe sets the standard for celebrity conversions and professions of faith. Photo: CNAV