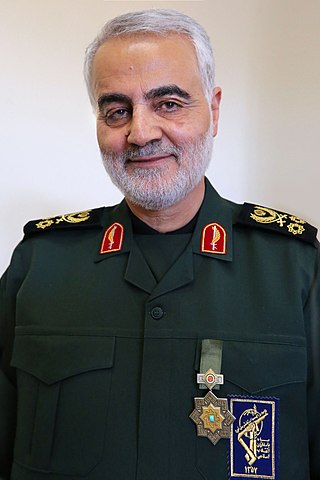 As with most political issues, there are those who praise the United States assassination of Iranian general, Qasem Soleimani, and those who decry it. And, as per usual, the division is mostly along party lines, with some calling it wise, virtuous, and a necessary act that will prevent war with Iran, while others call it foolish, evil, and an unnecessary act that will lead to war with Iran.

Questions to ask about the Qasem Soleimani airstrike

What is also as per usual is the fact that most are merely arguing for or against the act, but few are asking questions and even fewer are discussing matters of principle and the rule of law. My friend, Jake MacAulay, of the Institute on the Constitution, was the first that I’m aware of to actually drag the U.S. Constitution into the debate in his weekly commentary.

The first questions that Christian people committed to honoring God, upholding the U.S. Constitution, and maintaining the rule of law must always ask are,

To fail to ask these three questions is to throw ourselves open to Godlessness, lawlessness, and tyranny.

Government has only that power people delegate to it

Considering that government derives its just power from the consent of the governed (as stated in the Declaration of Independence), then government can have no power except that which the people first possess in themselves, then delegate to government. In like fashion, people only possess that power, and those rights, which our Creator first bestowed upon us.

God clearly prohibits murder. However, His word also makes it evident that he approves of protecting the innocent, even to the point of using lethal force to stop an aggressor. From this we derive laws in the civil society that prohibit murder but allow killing in self-defense, calling it justifiable homicide.

Similarly, Christian people, beginning with Saint Augustine, developed a Just War Doctrine which, among other things, concludes that a just war is a defensive war because government only possesses the authority given it by people who themselves possess only the rights granted to them by God. Therefore, if it’s wrong for an individual to murder, it’s wrong for government to murder. If it’s right for an individual to defend themselves, it’s right for government to defend its citizens.

With God’s word, the U.S. Constitution, and my friend Jake MacAuley’s commentary in mind, I came to the following conclusions regarding General Qasem Soleimani, Iran, and the Rule of Law.

Scenario 1: a declaration of war

If it can be verified that the nation of Iran poses an imminent threat to the lives, liberty, or property of American citizens, that all reasonable diplomatic efforts have been exhausted, and that American lives will be lost if immediate action is not taken, then it is the duty of Congress to issue a declaration of war against the sovereign nation of Iran pursuant to Article I, Section 8, Clause 11 of the U.S. Constitution, and of the President to prosecute that war through military force in defense of our God-given rights.

Scenario 2: a letter of marque and reprisal against Qasem Soleimani

Without either of these, was it murderous to kill Qasem Soleimani?

If neither a declaration of war, nor letter of marque and reprisal are passed by Congress and signed by the President, then the killing of any person, either within the borders of the United States or abroad, without due process of law (arrest, trial, execution), is an ordinary act of murder for which both the President ordering the act and those carrying out the order are liable (military personnel take an oath to “support and defend the Constitution of the United States” making it incumbent upon them to disobey an unlawful, i.e., unconstitutional order).

Who is telling the truth?

Following the simple criteria laid out in the U.S. Constitution for declaring war and issuing letters of marque and reprisal would address the major concerns that I have with the assassination of Qasem Soleimani and our apparent determination to engage in hostilities with Iran.

We have long been told by our government, the news media, and a whole host of talking heads, that Iran is our enemy. We are now told by the same people that General Qasem Soleimani was a terrorist killing Americans. My concern is that the same government told us there were weapons of mass destruction in Iraq and the same news media told us Donald Trump colluded with Russians. I have no confidence in either our government or the news media to tell us the truth in such matters. I’m not paranoid nor waxing conspiratorial, I’m just not that gullible.

My concerns with killing Soleimani as a terrorist and pursuing hostilities with Iran as an enemy are,

I’m not saying the allegations against Soleimani and Iran aren’t so, and I know my conservative friends can assure me they are so because Fox News and their favorite talk radio hosts have told them so day and night. What I am saying is that it’s foolhardy to trust the government, believe the news media, and based on their assertions, give Presidents a license to kill without requiring verification of the claims and clear Congressional authorization through a declaration of war or letters of marque and reprisal.

We haven’t declared war yet

(Last I checked, we do not have a declaration of war with Iran but are operating under the 2001 AUMF which authorizes the President “to use all necessary and appropriate force against those nations, organizations, or persons he determines planned, authorized, committed, or aided the terrorist attacks that occurred on Sept. 11, 2001…” But no one is even trying to argue that Iran, Soleimani, or for that matter, Syria, Yemen, etc, participated in 9-11.)

Why no debate about Qasem Soleimani or his guilt or innocence?

Iran may be an enemy, and Qasem Soleimani may have been a terrorist, but requiring Congress to issue a declaration of war, or grant a letter of marque, would necessitate debate in Congress and the establishing of the facts necessary for “we the people” to be assured that our government is acting lawfully, not engaging in unnecessary hostilities, nor assassinating persons whose actions do not rise to the occasion. Such debate and establishing of facts would go a long way toward building public trust and support for our government’s actions.

And this isn’t just about Soleimani, Iran, or Trump. This is about Trump, Obama, and Bush before them. It’s about Iran, Iraq, Syria, Yemen, Afghanistan, Pakistan, and however many other places around the world we have military personnel engaged in hostilities, advisers directing military actions of other countries, arms being provided to various factions, and U.S. Presidents authorizing assassinations based on computer-generated “kill lists.”

If “We the people” do not hold our Presidents accountable to our Congressional representatives and their Constitutional duty to declare war and grant letters of marque and reprisal, then we have abandoned the republic and its Constitution, replacing them instead with an elective imperial executive.

This is a file from the Ali Khamenei website, which states in its footer, “All Content by Khamenei.ir is licensed under a Creative Commons Attribution 4.0 International License.”

Trump and the General

Government: This is About America’s Safety – 18 Republican Governors Ask For More Muslim Refugees As “Christian Charity”

The problem is not Iran. Iran is controlled by the Islam theocracy. Islam is not, and never has been, a religion. Islam is waging war and has been for 1400 years. While people reference Qasem Soleimani as an Iranian General, he was actually an Islam General. And he was actively waging war against the US and other countries, including Iran, to force Islam rule and Islam’s laws, on these governments and countries.

Consider our first war, that did not involve Great Britain, was with the “Barbary Pirates” who were not actual pirates. They were Islam controlled States following the laws of Islam which allow Islam citizens to steal, kill, and do anything they want to non-Islam citizens. General Qasem Soleimani was authorized to be killed under Article 2 Section 2 Paragraph 1 of the US Constitution as part of the President’s responsibility to protecting the US and its citizens.

What people have to realize is that the war Mohammad started to force people to worship the god Hubal has never stopped. It is still going on and is being waged in a variety of ways. Some involve violence, some involve subterfuge, such as the invasion of Islam citizens via migration.