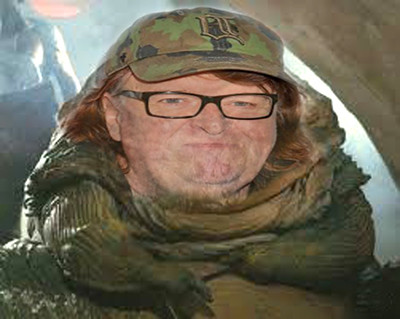 Planet of the obsolete

The film Planet of the Humans, as the late Ayn Rand might say, is an interesting document. It is the most refreshingly honest (i.e., straightforward) declaration of hostility to life this reviewer has viewed in years. To this reviewer’s knowledge, almost every other reviewer misses the point of the film. But it also suffers from a flaw that kills the case it tries to make. In its treatment of current technology, it was obsolete on the very day of its premiere.

The premise: humans are killing the planet

Jeff Gibbs, who directed, narrates the film. In it he spends most of his time decrying every solution anyone has put forward for the problems he describes. Halfway through the film, Gibbs makes his real point, and at film’s end he says it again. Which is: we humans are too many, and are doing too much for our own comfort. The planet can’t take the load. Thus the planet is like a terrarium in which an investigator has let a population of, say, mice, overflow.

So what does he propose we do about it? Throughout the film he has decried large companies—and who else has the resources to solve the problem. And he identifies the flaws in the solutions companies and activists alike have offered. But because he offers no solution, only one presents itself. And that is: a controlled, partial suicide. One that, one presumes, conveniently leaves him alive.

Most conservative critics of Planet see only that Gibbs tests most solutions people offer, and finds them false. For example, biomass—meaning, back to burning wood—cannot work. We simply can’t grow trees fast enough to throw into the furnaces. This gets most of his attention, because so many liberal colleges and universities think biomass is their feel-good solution. Big activist clubs like the Sierra Club can’t seem to make up their minds whether to support or denounce it.

The solar and wind problem

Gibbs describes solar and wind power as inherently flawed for two reasons. First, one must build fast-starting power plants to take over when the sun goes down or the wind stops blowing. At the time of filming, coal, natural gas, or rarely, oil fuels these plants. Second, neither solar panel nor wind turbine will last. Replacing them takes energy—and here Gibbs charges that they take as much energy as they produce in their lifetimes.

But this key quote shows the obsolescence of Planet and Gibbs’ research. His interview subjects tell him the solar panels they’re working with are eight percent efficient. Today a typical photovoltaic panel is twenty percent efficient—or better. How could he miss that?

Once only does Gibbs acknowledge the solution to the intermittency problem: store the energy somehow. But he laments the need to extract lithium and other “rare earth elements” from the ground. So if one can’t get away from mining, the problem remains. Not a word does he spare for whether the battery is more efficient than extracting and burning fuel. Nor about other techniques for storing energy—like pumping water into an upstream lake (“pumped hydroelectric power”), or dangling a heavy weight over a mine shaft and letting it down to produce power, or winching it up to store it.

Nor dare anyone mention nuclear power. Not only does it produce more power per unit mass today, but it can hold well until we have fusion power. Furthermore, with the storage techniques now avaiilable, one can run nuclear power at a higher base load and use the batteries to respond to changing demand.

The general problem: a desire to worship the planet

All these things illustrate one problem with Planet. Gibbs is criticizing obsolete solutions, or solutions on which engineers have made remarkable improvements. Indeed the most visionary engineer today, Elon Musk, rates only passing mention. Gibbs wants to say that Musk is just as bad as the loggers, the miners, the energy companies, and “billionaires.” That last is a class he seems to criticize merely for existing. In brutal fact, Gibbs wants his pound of flesh, and will give no one credit for decency.

Midway through Planet, another subject gives away the game. “We have a religion,” he says—and that religion is the worship of self. So Gibbs and his subject plump for a worship of the planet—and sacrificing everyone to it. Immediately after saying that, Gibbs decries the “sacrifice” of desert to the solar-power solution.

In decrying that last, Gibbs makes another mistake. Just as no two terrain types are alike, no two deserts are alike. The American Mojave is that Living Desert of Disney fame.

But the Sahara is dead, with dusty dunes dominating. Yet Gibbs treats them both alike.

Similarly, Gibbs treats all profits as evil. Are all profits good and honorable? No. Certainly not those that derive from fraud. Does Gibbs make a case to accuse some people of fraud? Yes. One should remember two points. First, educating people can stop fraud faster than can anything else. Second, profit can derive from honest trade. Long-lasting profit usually does.

Almost predictably, conservatives have taken to Planet as validating many of their points. True enough, Planet exposes the flaws, inconsistencies, and hypocrisies of most environmental “solutions.” Craig Rucker at Committee for a Constructive Tomorrow has a typical reaction.

…you’ll love watching power company executives admit that their solar array, which would cover a football field, can only put out enough electricity to power ten homes, when the sun shines. To power the entire city of Lansing, Michigan, the array would have to be three miles by five miles! How’s that for a footprint? The last things the climate people want you to contemplate are “solar dead zones.”

This reviewer has already described the biomass problem. Rucker describes the “massive industry funding of the Sierra Club” and other such outfits.

Those revelations proved more than the political left could stomach. They demanded that distributors and social media outlets take the film down. Marc Morano has the details—and the tweets.

But then—surprise—now an activist puts the film back up!

But here we have one reviewer who understands Jeff Gibbs and Michael Moore’s point: those two men are total misanthropes!

The sheer arrogance of that quote condemns Planet for the fault Whittaker Chambers famously—and mistakenly—found with Ayn Rand’s Atlas Shrugged:

From almost any page of Atlas Shrugged, a voice can be heard, from painful necessity, commanding: “To a gas chamber—go!”

Likewise, in almost every frame of Planet of the Humans, Jeff Gibbs, from painful necessity, commands:

“Jabba the Gutt” by random payne is licensed under CC PDM 1.0

Doctors: Not About Covid-19, Not About Science, It is About Control! The Video that Exposes the Government’s Narrative Concerning COVID-19 is Being Scrubbed From the Internet. (Video Posted Here)

[…] an excuse to depopulate the planet, and to deindustrialize and even de-civilize. Michael Moore, in Planet of the Humans (2020), correctly points out what’s wrong with many environmental “solutions.” But then he […]

[…] an excuse to depopulate the planet, and to deindustrialize and even de-civilize. Michael Moore, in Planet of the Humans (2020), correctly points out what’s wrong with many environmental “solutions.” But then he […]

[…] Michael Moore (Roger and Me; Planet of the Humans) offered the Anti-Second Amendment in a tweet on […]