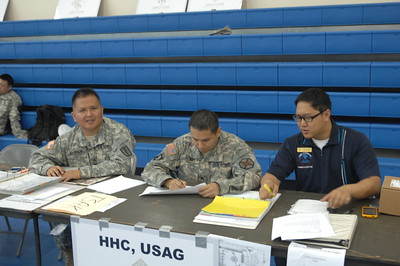 The short memories and ignorance of the American people are what these cunning men and women (Politicians) hope for, no doubt. You have the people parroting their talking points like political prisoners under Adolf Hitler and his Third Reich. That shows you what they have not learned from history.

I have heard from time to time my entire life about what Adolf Hitler did to his people in Germany. And that it could never happen here (Amos 6:1-3). 80 million people deceived themselves into following a freakish, skinny-looking man with a little mustache, and loved him for it. Look at what Louise Solmitz, a Hamburg school teacher in 1932, said of Adolf Hitler during that period. “How many look up to him with touching faith as their helper, their savior, their deliverer from unbearable stress.”

Yet Americans deceived about history say no way, that will never happen here. Yet, it is happening today, and that in America of all places (2 Thessalonians 2:1-12).

Let’s do a little math equation to prove a quick point of similarities. The Germans, along with Adolf Hitler’s leadership (Isaiah 14:12-15), murdered 12 million Jews, gypsies, and intellectuals, etc. Since 1973, Americans have rolled over in the face of a government that has sanctioned the murder of 61,628,584 innocent babies in the womb (Proverbs 6:17)! The fact of the matter is that it is happening here and has been for some time now.

How many times, over the last couple of weeks, have we heard people comparing what is happening in America today to that of the Third Reich, the brown shirts or this is what the Nazis did in the 1930s under Adolf Hitler? Attorneys, activists, show hosts have all referenced it.

Come to think of it, politicians and even the president are calling America’s workforce and individuals “Essential workers.”

Watch the latest video at foxnews.com

Tell me, does this sound familiar, “Where are your papers?”

Governors tell their people that they will pay them to snitch on their neighbors.

Cops are arresting the innocent while simultaneously releasing criminals from jail.

Now even going so far as shutting down church services as well.

Before thinking that the government is just looking out for you, do take the time to learn from the past. Because that is the best way to predict the future (Hosea 4:6). And do not think for one moment that it is best for you to stay out of politics. After-all everyone lives politics even political prisoners that should have learned the lessons when they had the time in doing so.