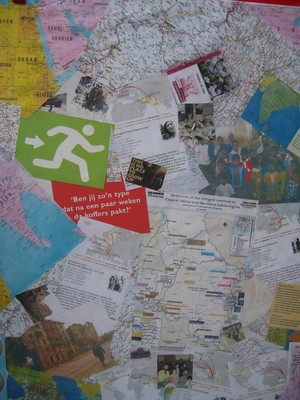 “The stranger that is within thee shall get up above thee very high; and thou shalt come down very low.” Deuteronomy 28:43

Americans don’t pay the attention they should pay

Oh how Americans love them to listen to them that itch their itching ears (2 Timothy 4:1-4). Their ancestors listened to false prophets whom the Lord did not send. (Ezekiel 13:2). Today they listen to politicians that lie to their faces 24hrs a day-7 days a week 365 days a year. (Ephesians 4:14).

that as the LORD rejoiced over you to do you good, and to multiply you; so the LORD will rejoice over you to destroy you, and to bring you to naught. And ye shall be plucked from off the land whither thou goest to possess it.

I have been broadcasting the way that the modern day politicians have in fact been selling out their own people (Luke 22:48) to that of illegals. While they hear one thing we find that shortly thereafter the opposite is true (Proverbs 19:9).

How the Heroes Act benefits illegals

As a matter of fact, I am sure you have heard of the Heroes (Notice the name-word play) Act. That Act comes from the unconstitutional Democrats. (The Republicans and Democrats are no different; cf. Mark 3:25.)

Who are Speaker Nancy Pelosi’s heroes? Based on the $3 trillion HEROES Act that House Democrats have just unveiled, the answer is illegal aliens and criminals.

While the HEROES Act pretends to be about coronavirus relief, its focus is on immigration.

With over 20 million jobs lost in April, the HEROES Act goes to great lengths to make sure that millions of illegal aliens will still be able to keep their jobs, no matter how many Americans lose theirs.

Illegals get a blank check to stay

Anyone who works in virtually any field involving food in any way is a “critical infrastructure worker.” An illegal alien putting out mouse traps at any facility involving food from “wholesale to retail” is a critical worker. A vast array of call center workers and delivery people are covered. Even laundromat employees are critical infrastructure workers under the federal definition used by the HEROES Act.

Friends, this is nothing short of treason against the American people by those who are to uphold the laws. Instead they are tearing them down (Article 3, Section 3 US Constitution).

Friends, don’t let Steve fool you. Republicans are just as bad, if not worse in many cases. Notice at no time did he bring in the reference of the laws that were being transgressed (1 John 3:4). Nor did he bring in the lawful authorities to have them that are responsible for these crimes placed under arrest. It is all a show until the acts are all over with. (Numbers 32:23.)

And if ye walk contrary unto me, and will not hearken unto me; I will bring seven times more plagues upon you according to your sins.

And here we are. And there is no excuse.

This government is a mere reflection of the American people. Every country deserves the government that it has.

You might say to yourself, what do we do? I say what has Scripture always said:

Repent for the kingdom of Heaven is at hand.

“No One Is Illegal” by Fikra is licensed under CC BY 2.0

Related Topics:coronavirusillegal immigration
Up Next