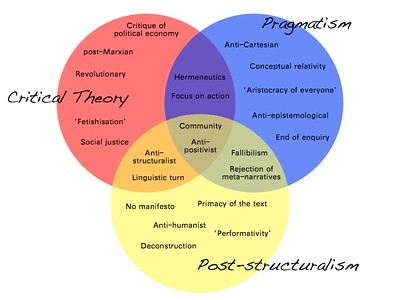 On 29 September 2020 the Conservative Partnership Institute released this memo to President Donald J. Trump. In it they launched a direct counterattack against the latest liberal craze: critical theory. Though they concentrated on critical race theory, their memo addresses concerns that apply to all flavors of critical theory. CNAV urges all regular readers to “sign” this memo and support all efforts to discontinue the use of critical theory in public and private staff orientation and training.

What is critical theory?

Regular readers will recall that CNAV defined and warned about critical theory two and one-half months ago.

To recapitulate: critical theory comes from the Frankfurt School of Marxism. Originally it meant that the only thing standing in the way of a post-scarcity society, with even distribution of material wealth, and in which no person need work for a living, are the bourgeoisie and their political allies, who want to continue to “enslave” the “working man” to the necessity of working for a living. Overthrow the capitalist economy and the rule of law that maintains it, and “freedom” will come.

Furthermore, critical theory lets one state all the following and refuse even to hear of compromise:

The symbol ≡ is the mathematical operator of identity. Which means the two arguments are the same, beyond having the same measures or values.

Clearly the worthies at the Conservative Partnership Institute understand this – perfectly. Therefore CNAV will present the full memo, with commentary to expand on it.

Introduction – what critical theory is

Conservatives applaud the efforts of President Donald Trump and Office of Management and Budget Director Russell Vought and his team in ending funding for critical race theory in personnel training programs throughout the executive branch.

Critical race theory is an insidious ideology with its roots in neo-Marxism. It purports to expose and correct “unconscious racial bias” and “white privilege,” and in doing so, treats “whiteness” as a moral blight. It identifies “oppressor” racial groups and treats anyone as a member of that group as guilty by association, while members of victim groups are considered morally innocent by virtue of their skin color.

Again, one might as well delete the word race between the words critical and theory wherever they appear. Every criticism that applies to critical race theory applies equally to intersectional feminism and queer theory. As an example, CNAV again cites Byron York’s on-point criticism of the National Museum of African-American History and Culture and their “infographic” on “White Culture in the United States.”

The consequences of critical theory

Such training goes against the foundational principles of the United States – namely that our justice system is premised on a colorblind, application of the rule of law. In America, we do not privilege or condemn individuals for immutable characteristics such as skin color. It is this commitment to the equal rights of all individuals – regardless of race, creed, or color – that makes America’s commitment to liberty the truest in the world.

Critical race theory propounds the rights of “groups” as opposed to the rights of individuals. This is a pernicious and dangerous ideology that formed the basis for slavery. It should be routed out where it stands.

Worse than that, critical theory has demonstrably motivated murder and the direct excusal of murder. Witness Jessica Whitaker of Indiana.

Unfortunately, critical race theory is not just found in government personnel training programs. It has made its way into our public schools and universities as well. The New York Times has given it a platform in its historically erroneous 1619 Project, which claims 1619, the year that the first slaves were brought to America, as the country’s true founding.

Read for yourselves the full article by the Times on the 1619 Project. The article describes the landing of the first slave ship on the American Eastern seaboard. And there its relationship with reality ends.

To combat this, President Trump has announced his 1776 Commission to provide a historically accurate account of how, when, and why America was founded – one that grapples with America’s imperfections, while remaining true to the foundational principles to which our country aspires: equality, liberty, and justice for all. We encourage schools to adopt patriotic education that respects both the good and the bad in our history, teaches civics, and strives to mold citizens who will pursue an ever more perfect union.

The President issued his Executive Order for the 1776 Commission on 17 September 2020.

Your editor did receive a warts-and-all education into American history. Your editor extends credit in this regard to Ginn and Company Publishers, and to Ernest W. Tiegs and Fay Adams, coordinators of the best series of “social studies” textbooks any K-4 or K-6 school ever used.

We commend President Trump and the OMB team for taking the steps necessary to ensure that the damaging ideology of critical race theory no longer pervades the executive branch – including their recent Executive Order which extends this prohibition to federal contractors, as a requirement for receiving federal grants and other funding.

The battle against critical race theory is a proxy for the larger battle between those who would define America on the lie that the color of one’s skin is immutably linked to one’s worth, and those who know the truth: that America was founded on a fierce belief dignity and the equality of all – and those beliefs have made America the greatest barrier to racism and tyranny that the world has ever known.

The actions of President Trump and OMB Director Vought demonstrate courageous leadership in these critical times. We are proud to stand with them.

CNAV also takes pride in standing with these two officials in ending a practice that:

The Conservative Partnership Institute sent this memo out in an e-mail, with this link to follow to “sign” the memo. CNAV urges all readers to apply their electronic signatures at this link.

“Pragmatism, Critical Theory and Post-structuralism” by dougbelshaw is licensed under CC BY 2.0

Heads Up, Liberal Jews—Don’t Be Jews with Trembling Knees