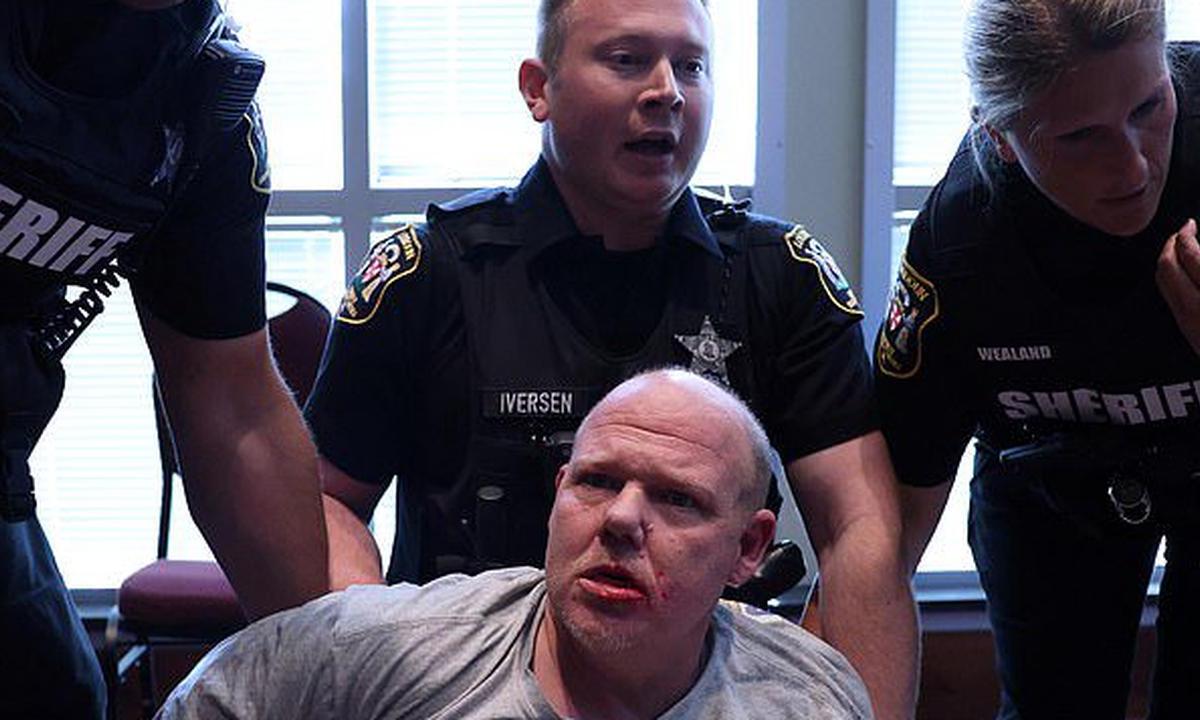 Scott Smith, a father of a 14-year-old student was arrested on June 22 at a school board meeting that was deemed an “unlawful assembly” after attendees voiced opposition to a proposed policy expanding special protections to transgender students. Smith was dragged from the event in handcuffs, his pants falling down, his lip bleeding. He was charged later with disorderly conduct and resisting arrest.

Scott Smith was waiting to tell the school board that his daughter, a ninth-grader, had been raped in a girl’s bathroom by a boy wearing a skirt. A woman at the meeting, told Smith that she didn’t believe his daughter. An angry Smith responded and a police officer stepped in and grabbed his arm. “Smith yanked it away, and then he was arrested.” The story and the incident have gained traction on a national basis.

“More alarming than Smith’s arrest and subsequent prosecution, however, were the county’s attempts to hide what had happened to his daughter,” says the Examiner. “At that same school board meeting, the county’s superintendent claimed concerns about transgender policies were unreasonable because the school system had no record of a sexual assault ever taking place in a school bathroom.”

School officials also reportedly “tried to avoid getting law enforcement involved…they transferred the assailant to a different school, where he went on to sexually assault another student just a few months later.” The report by The Examiner claims that “school officials covered up what happened to Smith’s daughter so they could force through an unpopular and dangerous policy in the name of inclusion.” On Aug. 17, Smith was found guilty on all charges and sentenced to 10 days in jail, “all suspended, contingent on a year of good behavior,” Loudoun Now reports.

President Biden’s admin released over 160,000 migrants into US since March, documents show

[…] the main concern. (The main concern was a “transgender” policy that let a “boy in a skirt” get away with rape.) That prompted Juan Williams to write in The Hill even before the election that such concerns […]