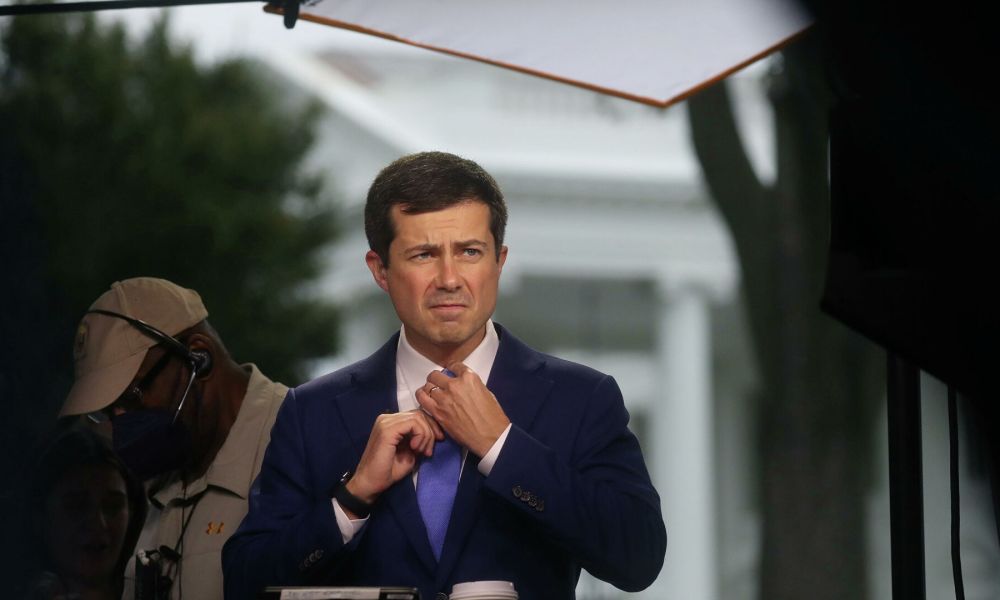 Transportation secretary Pete Buttigieg on Sunday defends against criticism of his decision to take a two-month paternity leave with an ongoing supply-chain crisis taking place across the United States.

This comes after criticism made by Fox News talk show host Tucker Carlson on Buttigieg taking paternity leave for two months and mocked him stating Buttigieg was “learning how to breastfeed” instead of dealing with supply-chain issues (Fox News). Pete rebutted the criticism by Carlson stating “I guess he just doesn’t understand the concept of bottle feeding, let alone the concept of paternity leave” (MSNBC). He also defended how he had been available to deal with the ongoing supply-chain problems stating he had “been available 24/7 on issues that can’t wait” (Business Insider).

Back in September, Pete and his husband Chasten Buttigieg announced they had adopted twins, boy and girl, after a year in the adoption process. He has now returned back to his job after the two-month leave. Others came to defend Buttigieg on the leave, such as The White House Press Secretary Jen Psaki, stating, “Also proud to work in an Administration that is fighting to make paid leave a reality for everyone, and with people like {Pete Buttigieg} who are role models on the importance of paid leave for new parents” (Twitter).

Elliot Imse of the Victory Fund, which advocates for LGBTQ in public service, told The Washington Post that what Carlson had said was an insult for “being a gay dad” and homophobic in nature.  As of Monday, Carlson’s representatives have yet to respond to Buttigieg’s rebuttal.