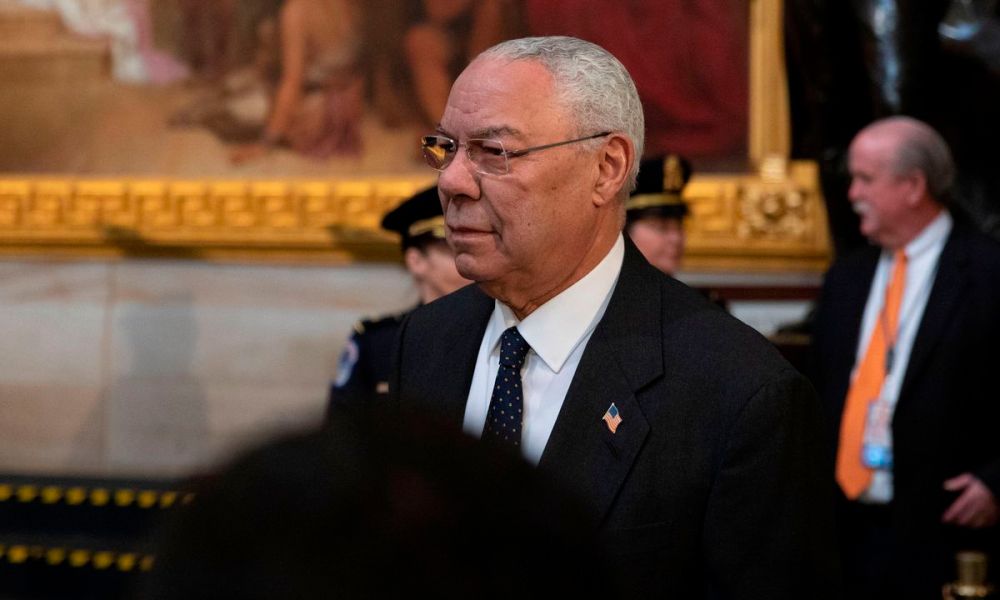 In a social media announcement on his death, Powell’s family said, “General Colin L. Powell, former U.S. Secretary of State and Chairman of the Joint Chiefs of Staff, passed away this morning due to complications from COVID-19. He was fully vaccinated. We want to thank the medical staff at Walter Reed National Medical Center for their caring treatment.” “We have lost a remarkable and loving husband, father, and grandfather, and a great American,” the post concluded.

In a statement on Powell’s passing, former President George W. Bush said, “[Powell] was a great public servant” who was “widely respected at home and abroad.” “He was a great public servant, starting with his time as a soldier during Vietnam. Many Presidents relied on General Powell’s counsel and experience. He was National Security Adviser under President Reagan, Chairman of the Joint Chiefs of Staff under my father and President Clinton, and Secretary of State during my Administration” (Conservative Fighters).

Powell was at high-risk for infection from coronavirus due to factors such as he was elderly and suffered from multiple myeloma, a blood cancer. People with weakened immune systems from conditions such as cancer or HIV, or from undergoing an organ transplant, account for just 2.7% of the American population, but make up 44% of hospitalized cases.

People with multiple myeloma have difficulty fighting off infections, which is the same mechanism that prevents them from achieving full immunity. A study published in July found that only 45% of patients who had active multiple myeloma had an adequate immune response after being vaccinated by either the Pfizer or the Moderna mRNA vaccines (Newsmax).

Colin Powell has blood on his hands - Conservative News and Views