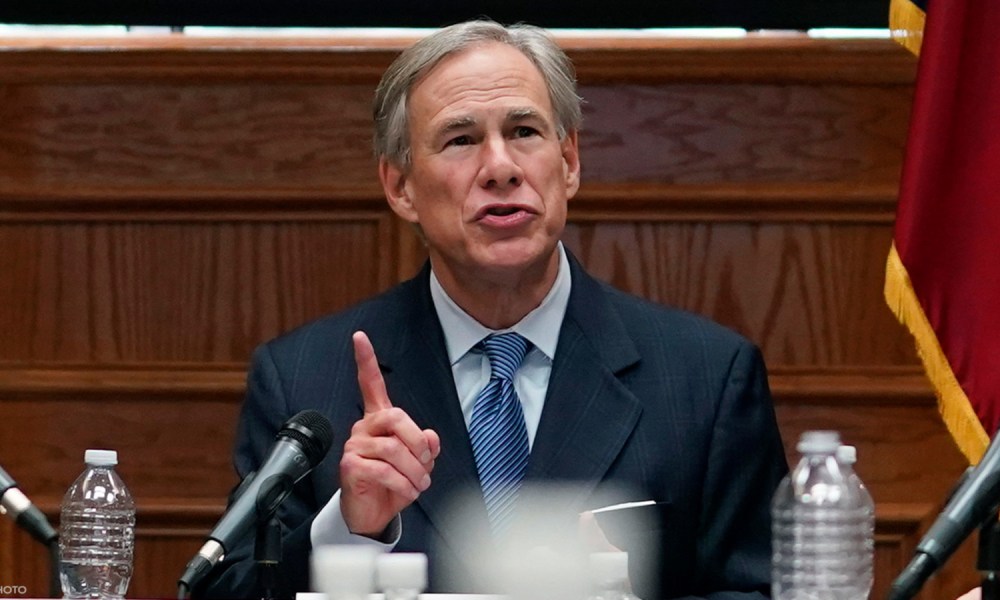 Meeting with supporters in Kingwood, Texas on Tuesday night, Gov. Greg Abbott celebrated what he considers recent policy victories. Speaking to members of the Kingwood Tea Party, the governor praised the passage of House Bill 25, which prohibits K-12 youths from playing on sports teams opposite of their biological sex.

“We will continue advancing laws like [House Bill 25] every single session we have,” Abbott said, referring to House Bill 25, which was passed by the Texas house last week and approved by the Senate on Friday. Property tax relief, appropriating funding from the American Rescue Plan Act, and redrawing legislative districts were at the forefront of the agenda for the third special session, Abbott said Tuesday. “Texans tasked the legislature with delivering on these priorities, and I am proud to say not only did we deliver on these priorities, but the Legislature when above and beyond to solve other critical issues to ensure an even brighter future for the Lone Star State.”

Along with these victories, the Texas GOP has had their fair share of recent failures, including legislation to increase the penalty for illegal-voting and restricting entities from mandating COVID-19 vaccinations. An election audit bill pushed by former President Donald Trump also failed. Abbott defended these setbacks to his Kingwood audience, saying the election bill he signed into law was “far tougher and far better than the one [Democrats] abandoned in late May,” according to the Texas Tribune.

When asked about election audits, Abbott stated: “If you look at the audit bills that were passed out of the Senate and did not pass out of the House what the Texas secretary of the state is charged with doing is far more aggressive.” The governor also criticized the anti-critical race theory bill introduced in the regular session for not going far enough, calling the policy “completely inadequate” and promising to expand its scope in future sessions.

“There are people in this state that hate America and they despise Texas, and their vision in this next cycle is to win it in a way in which they redesign Texas and redesign the [U.S.A.] into their own socialistic, Marxist agenda,” Abbott said. “We cannot let that happen” [Chron.com].