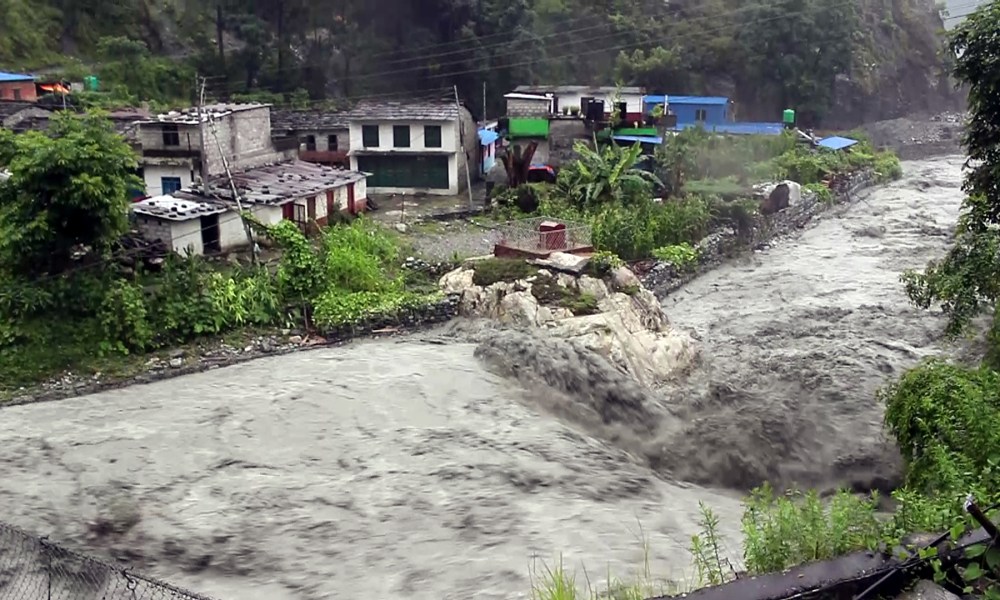 In excess of 100 people have died over several days of massive flooding and devastating landslides that have swept away roads and houses in India and Nepal, officials confirmed on Wednesday. Many more people remain missing.

In Uttarakhand in northern India, officials said that 46 people had died in recent days with 11 missing. In Kerala in the south chief minister Pinarayi Vijayan said that the death toll had hit 39 there. At least 30 of those in Uttarakhand were killed in seven separate incidents in the Nainital region early Tuesday, after cloudbursts, a hard rain, which triggered a myriad of landslides that destroyed several buildings. Another landslide in the northern Almora district killed five people after huge rocks and a wall of mud demolished and engulfed their home. At least six others were killed on Monday in two remote districts of the Himalayan state.

The Indian Meteorological Department extended and widened its weather alert on Tuesday, predicting heavy to very heavy rainfall in the region. The weather office said several areas were drenched by more than 400 millimetres of rainfall on Monday, causing landslides and flooding. Authorities ordered the closure of schools and banned all religious and tourist activities in the state.

Television footage and social media videos showed residents wading through knee-deep water near Nainital lake, a tourist hotspot, and the Ganges bursting its banks. More than 100 tourists were stuck inside a resort in Ramgarh after the overflowing Kosi river swamped several areas.