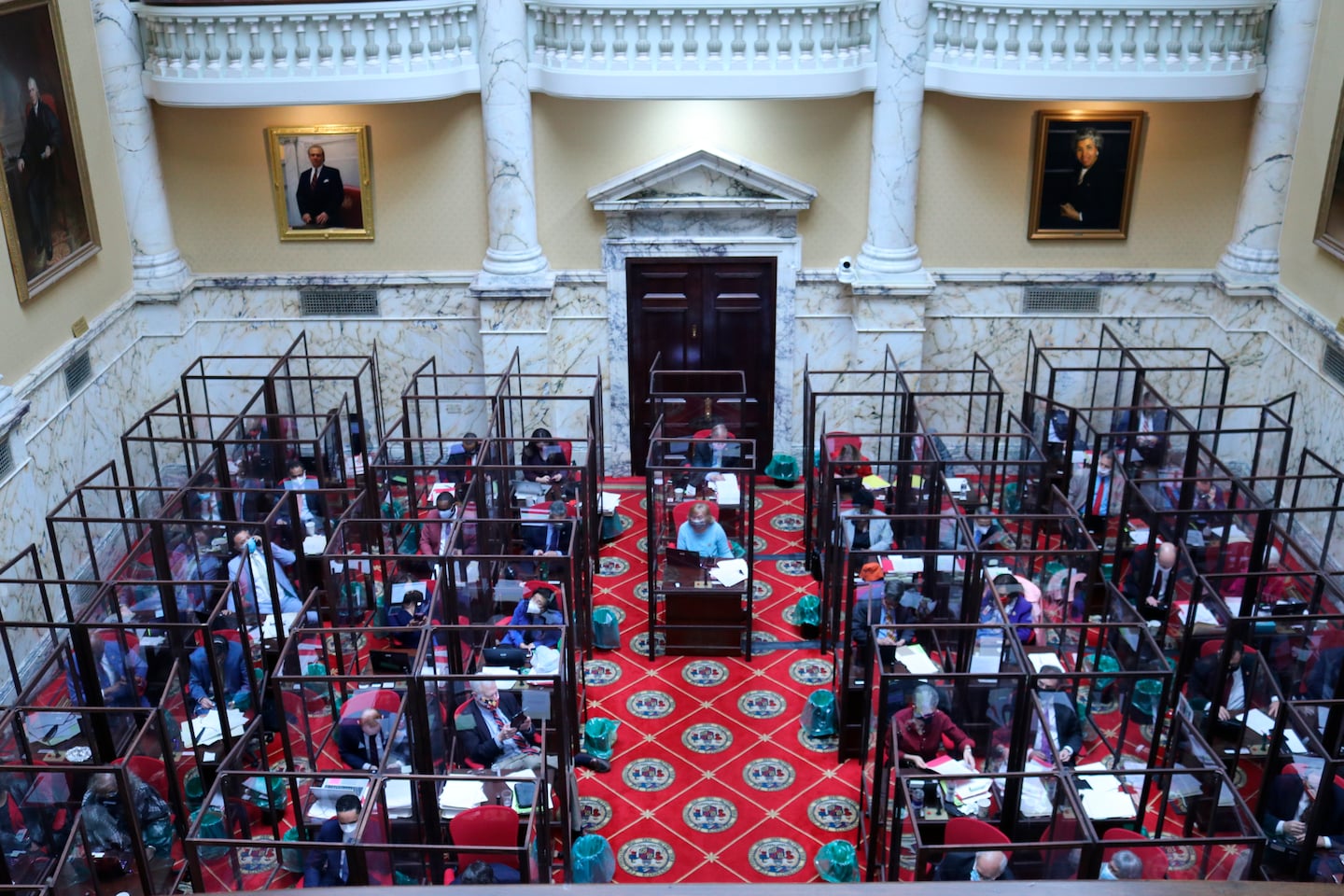 A group of five Republican lawmakers from western Maryland are asking whether West Virginia will adopt them into their state. The lawmakers stated in a letter that the move is in response to the neglected needs of their relatively sparsely populated corner of the state.

Del. Mike McKay, a Republican who represents Washington and Allegany counties, said one idea is to pass a bill in the Maryland General Assembly that would put a nonbinding referendum on the 2022 ballot to poll voters in the three counties about the switch. Sounding out potential interest in West Virginia would be the first step, according to McKay: “First you have to knock on the door and see if the person is willing to answer before we can discuss how it would work out.”

McKay said his constituents often don’t feel heard in Annapolis on issues like gun rights and taxes. If it turns out that their constituents don’t want it — or if West Virginia isn’t interested — then the matter would be put to bed, McKay said. “We’re answering the call of some of our constituents who have been requesting this for many years,” he said.

The letters, addressed to the leaders of the West Virginia Legislature, asked them to “consider adding us as constituent counties to the State of West Virginia,” an arrangement the Western Maryland state lawmakers claimed “may be mutually beneficial for both states and for our local constituencies.”

At least some top figures on the West Virginia side sounded ready Thursday to embrace the effort and potentially grab ahold of the panhandle. In fact, according to Edwards, it was West Virginia lawmakers that first made the pitch, inviting the Western Maryland contingent to the state capitol in Charleston “a couple months ago” to tout the state’s lower-tax, business-friendly climate.

West Virginia House of Delegates Speaker Roger Hanshaw, through a spokesperson, called the current discussion “step zero” of a lengthy process — but the Republican added “we would certainly welcome any border communities that may see their values better reflected here in the Mountain State.”

Western Maryland lawmakers have periodically raised concerns in the Maryland General Assembly that their part of the state is different from the rest of the state, with a more conservative political outlook, unique economic drivers, a media market based in Pittsburgh and close borders with surrounding states. When hydraulic fracturing, a method of drilling for natural gas also known as “fracking,” was banned statewide a few years ago, Western Maryland lawmakers objected, saying that the rest of the state was taking away a potential economic lifeline for the largely rural area.

The idea of Western Maryland breaking away was not warmly received by Democratic leaders of the General Assembly. Del. Eric Luedtke, Democratic majority leader in the House of Delegates, called the proposal “a total political stunt,” adding, “It’s a distraction from the issues Western Marylanders want addressed” [The Baltimore Sun].

Over 130 Chicago firefighters, other city workers sue over vaccine mandates