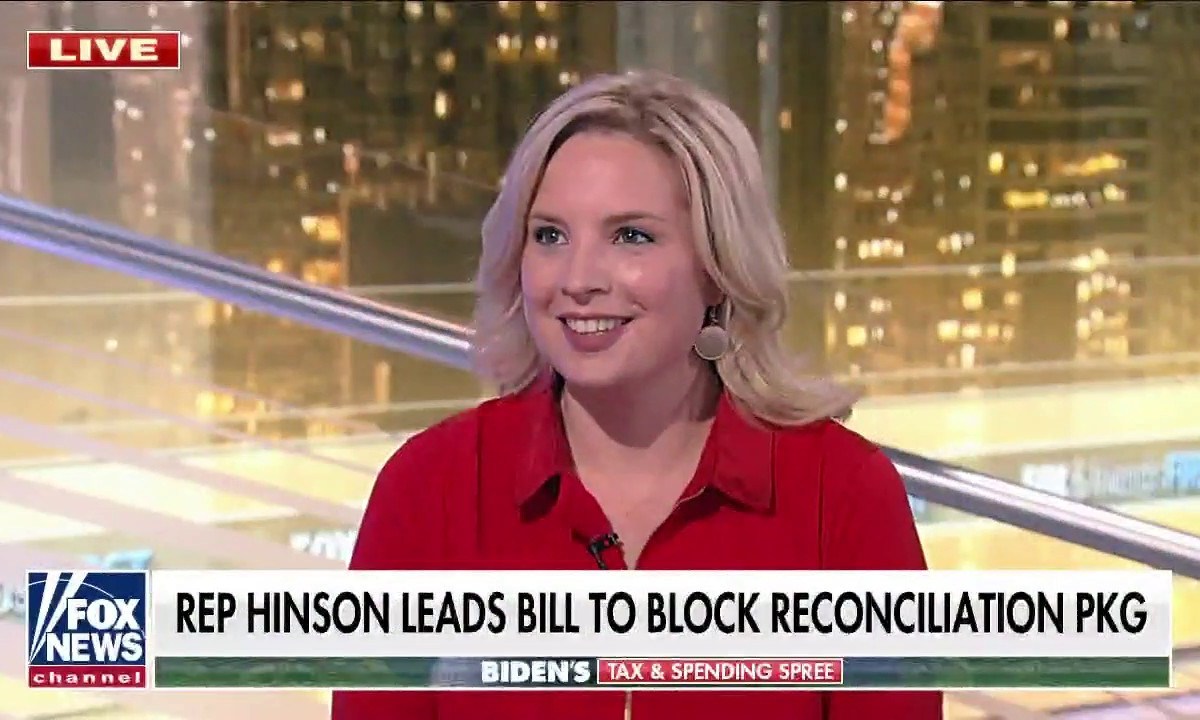 The Biden administration has “completely turned a blind eye” to what’s going on at the nation’s southern border, and it’s time for Homeland Security Secretary Alejandro Mayorkas to step down, Rep. Ashley Hinson said Friday. “There’s just been a complete void in leadership,” the Iowa Republican said on Newsmax TV’s “Wake Up America.”

“[Mayorkas] has repeatedly misled and flat out lied to me and other members of the Homeland Security Appropriations Committee.” She added that she and other committee members have been “stonewalled at every turn” on questions about the number of people entering the country illegally, where they are going, and if they can be tracked.

“I think it’s high time that we have new leadership there because, at this point, it is a safety and security issue for American families,” she said. “We know people on the terror watch list have been apprehended, and we are continuing to see that surge at the border not only of people but drugs. That’s why I made the request that Secretary Mayorkas tender his resignation because it’s time that we start putting people first and not politics.”

Hinson added that she hasn’t gotten a response about her request concerning Mayorkas, but that’s “par for the course” from an administration that takes months to respond to her. “This is a problem that continues to compound month over month,” she said, pointing out that Vice President Kamala Harris was named border czar more than 200 days ago but the problem has not gotten better.

“This is avoiding leadership and we need someone who’s going to take this problem seriously,” she said. Hinson also said she hopes President Joe Biden will finally be pressured enough to visit the southern border, because “if he actually heard from Customs and Border Patrol agents who are on the ground protecting our country every day,” the administration might change their tune as to has how they’re handling this situation.”

Meanwhile, she said reports about hundreds of thousands of immigrants coming into the United States show the border is wide open, and the Biden administration is working “systematically” to keep it that way. “We need to build the wall,” said Hinson. “We need to reinstate the remain in Mexico policy. Those policies worked, and all we’ve seen again is a compounding of this problem” [Newsmax].

Three dead and three still missing after avalanche in Ecuador