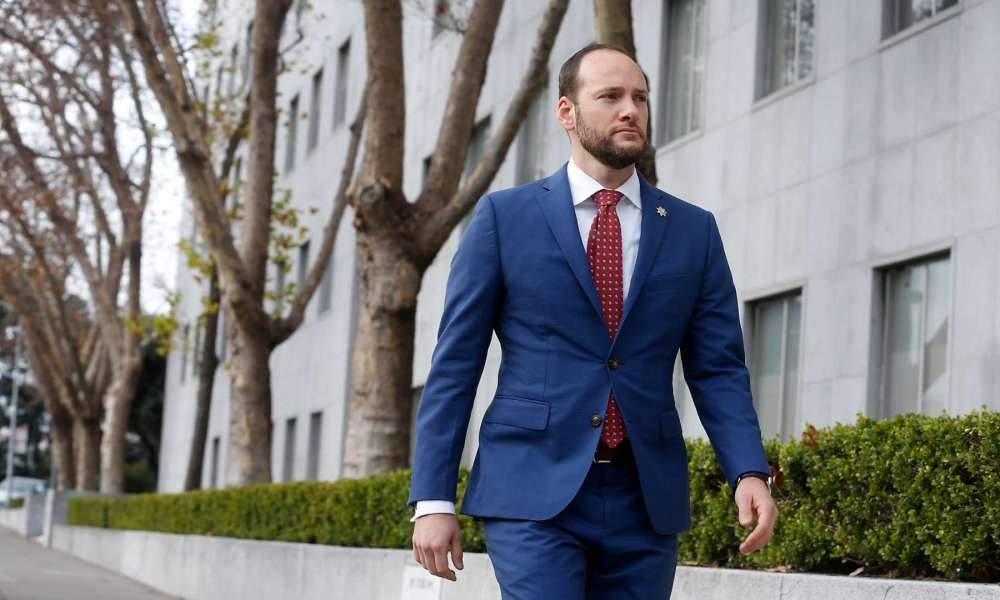 On Friday, the recall election of San Francisco District Attorney Chesa Boudin announced that 83,487 signatures (30,000 more than needed) had been submitted to San Francisco election officials.

Elected in 2019, Boudin has been accused of regularly handing down lenient sentences, releasing criminals early, and, in some cases, not filing charges at all. While the first recall petition failed to get even the minimum 51,325 signatures needed for a recall, the second recall effort against Boudin, spearheaded by Safer SF Without Boudin, a group that has said that Boudin failed to keep promises of real criminal justice reform and police accountability, said on Friday that they had received 83,487 signatures, 32,162 more than required to put the recall issue on the ballot.

California-based companies are moving out of the state at an accelerating rate this year, a report published in August 2021 by the Hoover Institution at Stanford University found. The report said California already lost a total of 74 headquarters just in the first six months of the year. Compare that to the total of 62 known companies that relocated in the entirety of 2020 – the Hoover Institution calls it a ‘serious loss’ [KRON].

“It says a lot about the anger and the fear that San Franciscans have about what’s going on in the community,” said Safer SF Without Boudin Co-chairwoman Mary Jung on Friday. “People are still calling us wanting to know whether or not they can sign today to be part of the signatures being turned in.”

Many cheered the news of Boudins’ likely upcoming recall vote on Friday, including many in the law enforcement community. “You would not believe how many citizens, police officers, and business owners called me today on this,” said Frank Ma, a former law enforcement official who now works as a security advisor for businesses in the Bay Area to the Globe on Friday. “Everyone has been trying to fight back against this crime wave the best they could, and the city kept saying it wasn’t that bad or just pointed to stats and made no real effort to listen to the people. Boudin in particular just avoided the issue, and to many, was on the side of criminals.”

“Everyone is taking note now. A lot of the city actively hates him and wants tougher criminal measures. Maybe now Boudin will go down to a Target or some businesses in the Tenderloin and ask people what he can do. That’s the only way he can get out of this in my opinion. When officers on patrol want to know what’s wrong, they hold a community meeting or simply ask the people when walking around what’s up in their part of town. Even with so many not really liking law enforcement post-George Floyd, you’ll still get honest answers out of people. That’s where Boudin should start. He’ll find that that what he thought was best for communities really has not been.”

On Thursday, Boudin, seeing preliminary signature numbers and the strong possibility of a recall fight next year, held a rally vowing to fight the recall attempt. “The reason that so many of you voted for me in 2019 was because of promises I made you. This has nothing to do with the facts or the real challenges our communities are facing,” said the DA on Thursday “This has everything to do with disrespecting the will of the people.” Boudin then also said that he has continued to act on his campaign promises from two years ago.

Supporters of Boudin, including former State Senator Mark Leno, added that the recall election of Boudin would go against the wishes of voters. “This is recall madness and we have to stop it or this just the new way of life and truth doesn’t stand in the way, respect for the voters,” said Leno on Friday.

However, recall supporters responded to those remarks on Friday. “But that’s why we have recalls,” added Ma. “They do something very wrong, like cause a crime wave and criminals getting away with crimes, so we get rid of them for doing that. Also, note that most supporters are not defending Boudin but are rather saying ‘respect the four year terms’. That really tells you something.”

Should enough signatures be verified by San Francisco election officials, the Boudin recall election would be held in June 2020 during the Primary elections. Should voters recall him, San Francisco Mayor London Breed would choose an interim DA, with a special DA election to be held during the November election later next year [Daily Advent].