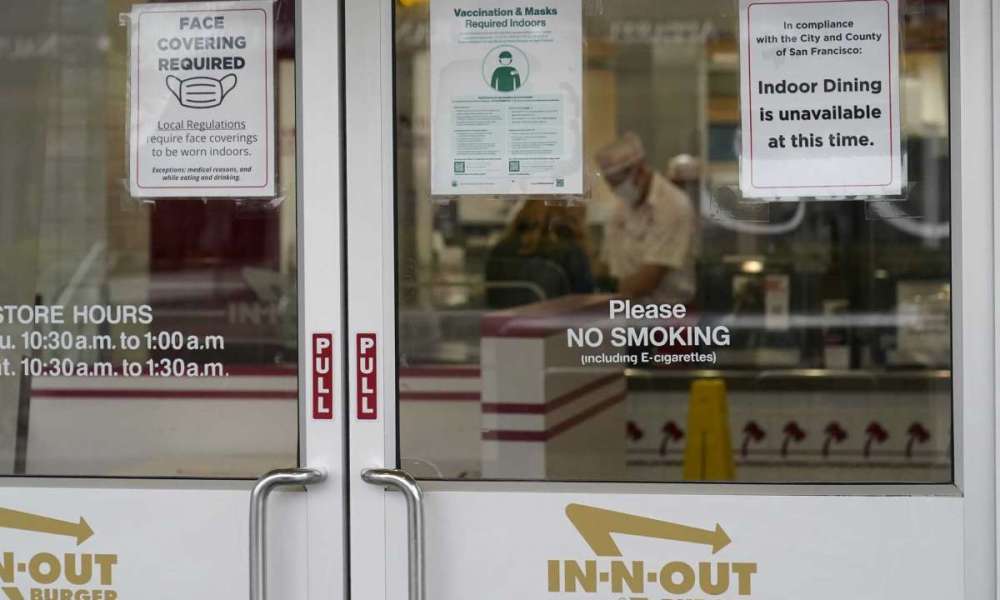 An In-N-Out location in Northern California is being fined by the county for falling to check customers’ vaccine cards.

After announcing that they would not be checking for proof of the vaccine, the chain has received both praise and criticism on social media. Now, they are being hit with a fine from the county. Last week, the San Francisco Health Department closed the Fisherman’s Wharf In-N-Out location after not following a city order to check for proof of vaccination for anyone who enters. Another location, this one in Contra Costa County, also in the Bay Area, is being fined for the same reason.

Contra Costa County joins San Francisco and Berkeley in requiring visitors to verify their vaccine status when entering gyms, restaurants, and other indoor businesses (CBS). The Contra Costa County location is in Pleasant Hill, CA. This month, they have been visited three times and received a notice of violation each time (Yahoo News). On October 5, they received a notice of violation, on the 14th, they were issued a notice of fine for $250, and on the 19th, a notice of fine for $500. The county now wants to take further action.

In-N-Out’s Chief Legal and Business Officer Arnie Wensinger called maske and vaccine mandated “clear governmental overreach and is intrusive, improper, and offensive.” The company believes in this so much so that they even donated to the California GOP for the campaign to recall Governor Gavin Newsome. Newsome has been an advocate for mask mandates, despite not always following them himself.

More than two-thirds of Republicans say climate change is not an emergency, poll shows