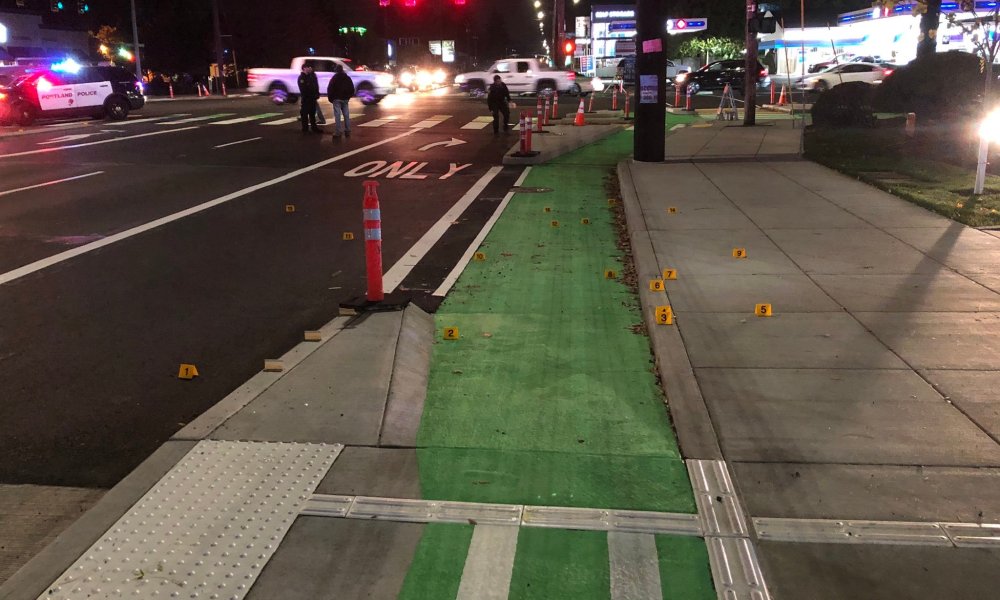 Police in Portland, Oregon, responded to at least 19 shootings across the city during the weekend, including a double homicide that pushed the city past its three-decade record number of killings, according to reports.

The Oregonian reported that Sunday’s killings would bring the city’s homicide toll to 71 this year, breaking a record of 70 set in 1987. Fox 12 Oregon reported that the shootings resulted in several injuries and arrests. The city has had more than 1,000 shootings in 2021, at least 314 people have been injured by bullets. Firearms have accounted for three-quarters of homicides. Police attribute much of the gunfire to gangs, fights and retaliation killings, but they are also affecting bystanders.

Portland’s police department is struggling to keep up amid an acute staffing shortage and budget cuts. The Fox report said most of the shootings over the weekend did not have any victims. Police in the city responded to six shootings on Sunday morning alone. Police told KOIN that a shooting on Sunday at 6:30 a.m. resulted in a double murder in an apartment complex [FOX News].

“There’s just not enough resources out there to have the city as clean as it used to look and it seems like we’re going more in the wrong direction than the right direction,” said David Straub, who opened Premo’s Toys in Portland’s Pearl District over the summer. Straub said he’s witnessed four break-ins since opening in June, and is constantly fixing damage while still trying to grow his business.

“I’ve been spending a couple random nights staying the night at the store just in case something happens. It’s a little bit of a lot of restless nights but this is my baby. I left a good job to start my dream and there’s people out there, unfortunately, trying to tear that dream away from me,” he said.

The owner at Clyde Common said it’s not unusual to pay a thousand dollars out of pocket to fix a broken window. Still, Nate Tilden said he was surprised to find damage across the restaurant in the last few weeks. “They destroyed the front door, got in, went to the register where our cash would normally be. Of course, there’s no cash in the register, so they destroyed the register. They actually really put a lot of effort into it. It is in pieces. Then they broke all of our glassware,” Tilden said [KATU].