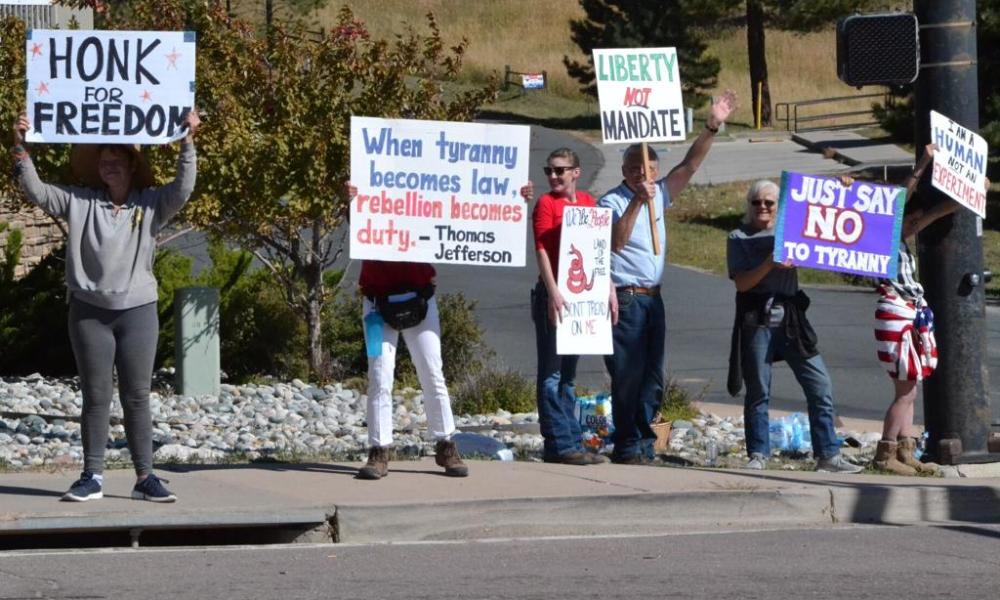 The Denver City Council on Monday approved a plan to pay $400 bonuses to all of the more than 10,700 city employees who got vaccinated against COVID-19 by the Sept. 30 deadline set by Mayor Michael Hancock’s earlier this year. The bonuses are expected to cost $5.7 million in total, according to city chief financial officer Brendan Hanlon.

Another 643 employees who were granted medical or religious exemptions from the mayor’s vaccine mandate will also be eligible for the bonuses but they will be subject to more scrutiny and their payments will come later, per the ordinance. The Hancock administration proposed the bonus program on Sept. 10, more than a month after the mayor announced a vaccine mandate covering not just city employees but also people working in settings the city deemed high risk, including private and public schools, nursing homes, homeless shelters and hospitals.

In committee meetings held ahead of Monday’s vote, City Council members questioned the purpose of the proposal, noting the announcement was too close to the deadline to motivate many more employees to get vaccinated in time. City staff has referred to the bonuses as “recognition payments” differentiating them from an incentive. The mandate was backed by the threat of discipline including the potential of being fired.

Councilwoman Robin Kniech fought against the bonuses going to people who had religious exemptions, saying in a committee meeting that the city should only be concerned with rewarding people who took proactive steps to limit the transmission of COVID-19. City staff updated the measure to mandate that people with exemptions have to strictly abide additional safety requirements to qualify for the bonuses.

Those requirements include taking a COVID-19 test and uploading results to the city’s human resources system every five days and wearing a mask while at work except while eating and drinking or while working alone in an enclosed office or vehicle. Any exempted employee disciplined for breaking those rules by Dec. 10 will be disqualified from the bonus. City staff who are vaccinated should receive their bonus in late November. Those with exemptions will wait until later in December to ensure they are complying with the rules.

The measure had opponents, including Councilwoman Amanda Sawyer, who joined council members Jolon Clark and Chris Hinds in voting no Monday. “I just don’t think this a good use of our $5 million,” she said. Councilman Paul Kashmann earlier this month defended the bonuses as a way to keep the city competitive in a labor market that has left Denver short-staffed in almost every department [The Denver Post].

Gov. Ron DeSantis to offer $5,000 bonuses to officers who relocate to Florida after being fired for vaccine mandates