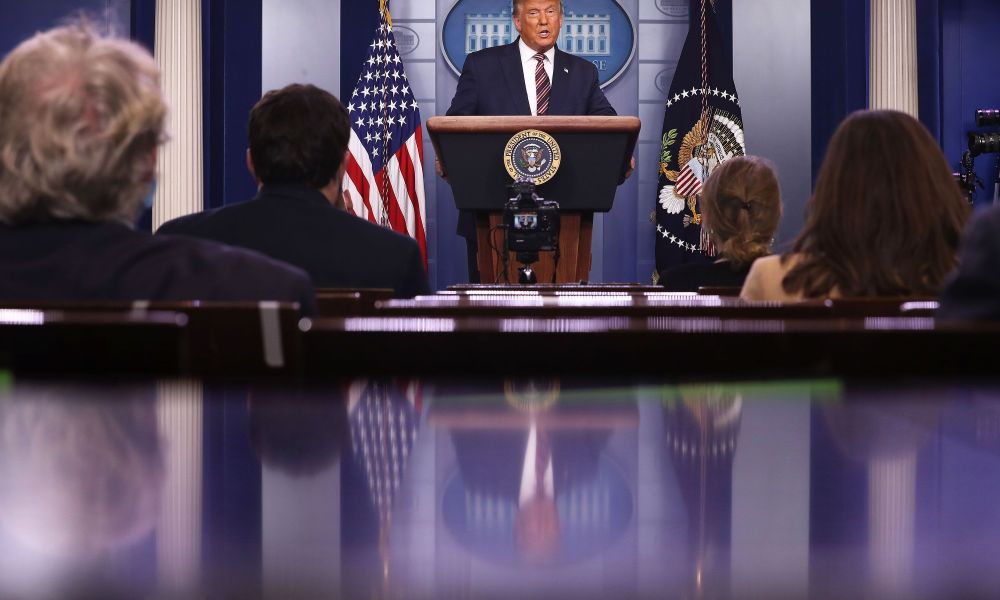 Amid the Biden administration’s declining poll numbers, a Republican pollster predicted that the former President Donald Trump would win in a ‘landslide right now’ against the current president (New York Post).

John McLaughlin reported that nearly one in five people who voted for Biden last year disapprove of the job the president is doing. “And you’ve got 55% to 37% that they’re worried about the future of America while Biden is president. That’s a huge number,” McLaughlin said on his radio show.

It appears that many Americans believe Biden is encouraging Congress to spend way too much money and will stimulate inflation. McLaughlin said, “Trump would win in a landslide right now. It would be an electoral landslide. He would beat either Biden or Harris. He’s ahead 49 to 46 in the poll.”

McLaughlin continued, saying, “He ran as a moderate and it was during the historic pandemic. You’re looking at an election where the guy they voted for is not what they got. He’s being run by the radicals. He’s doing things he said he wasn’t going to do.”  While the Democratic party continues to hold their party hostage in these radical ideas, Dick Morris, former advisor to President Clinton, says Latino voters are transitioning to the Republican party.

“The non-Hispanic white community gives Biden a 45% approval rating in this poll.  Hispanics give him a 39% approval rating,” Morris said.  He added that Trump received four and five times as many voters in 2020 as in 2016.  Morris outlined four pillars of the Democratic vote – blacks, young people, single white women and Hispanics – “and removing them from the Democratic coalition really hobbles it in an amazing way.”