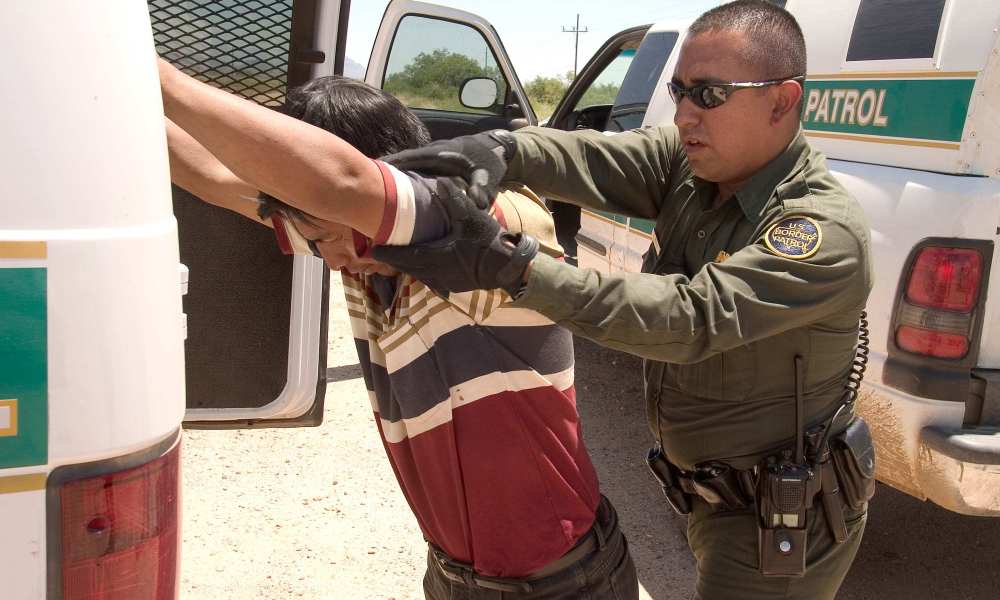 A report released this week showed that dozens of Customs and Border Protection officers only received a “slap on the wrist” after posting offensive comments on Facebook.

Thousands of CBP agents were found to be members of a private Facebook group that made offensive jokes about lawmakers and people crossing the border. A committee in Congress investigated and released a report this week about their findings. In 2019, ProPublica discovered a three-year-old secret Facebook group called “I’m 10-15”, with at least 9,500 current and former agents. The group “joked about the deaths of migrants, discussed throwing burritos at Latino members of Congress visiting a detention facility in Texas on Monday and posted a vulgar illustration” depicting Rep Alexandria Ocasio-Cortez (D-NY).

The House Oversight and Reform Committee was able to move forward with its investigation earlier this year when the Biden administration released records that the Trump administration had stalled on releasing (The Hill). The committee found that despite 60 officers “committing misconduct”, only two were fired. The rest received punishments, but not necessarily ones that fit the crime.

Forty-three offenders were suspended without pay, letters of reprimand were sent to 12, and three received alternate discipline, which included suspension with pay (NBC). In 2019, the Customs and Border Protection’s Discipline Review Board reviewed 135 allegations of misconduct (ABC). They proposed that 24 of the 60 agents found guilty be fired; only two were.

CBP released a statement saying that Homeland Security Secretary Alejandro Mayorkas has ordered an internal investigation “to identify and terminate intolerable prejudice, and to reform policies and training.” The statement also said, “CBP will not tolerate hateful, misogynist, or racist behavior or any conduct that is unbecoming of the honor we hold as public servants.”