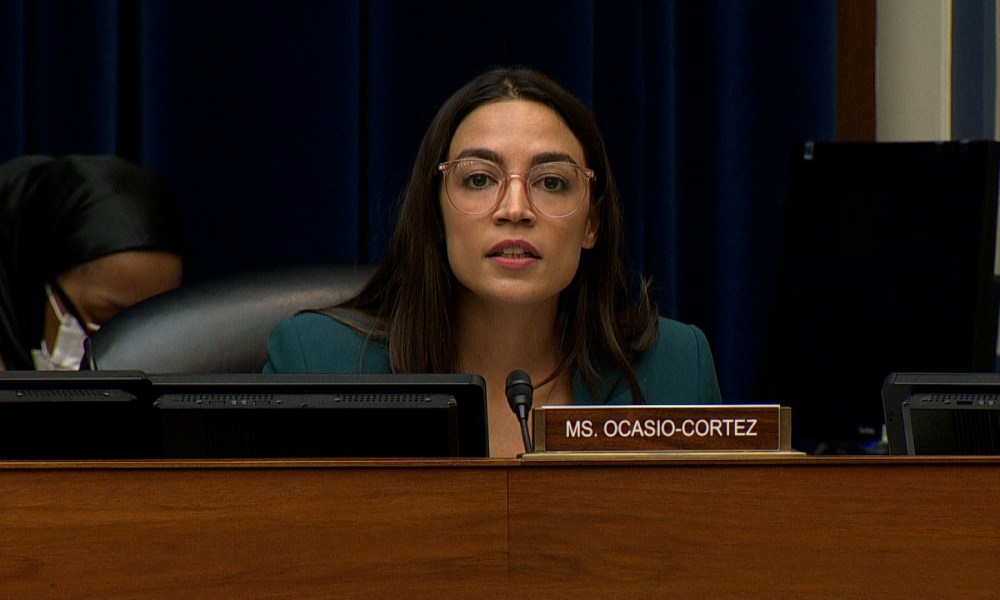 Alexandria Ocasio-Cortes pulled no punches on Thursday during a House Oversight Committee hearing, telling big players in the fossil fuel industry that ‘some of us have to actually live in the future that you are all setting on fire for us’ (CNN). The committee is investigating the role of oil companies and lobbyists with regards to climate misinformation.

The comments came as the fight continues for Congressional Democrats who are trying to push through a massive infrastructure spending bill, much of which is centered around climate change. Oil executives have been vocal with their opinion that the infrastructure bill would add more regulation to their companies and industry.

Mike Sommers, the CEO of the American Petroleum Institute, said in early October, “We’re leaving everything on the field here in terms of our opposition to anti-energy provisions” (New Republic).

Alexandria Ocasio-Cortes, well-known as a member of “the squad”,  has been vocally opposed to the oil industry since being elected to office and even proposed legislation known as the Green New Deal early in 2019. The Green New Deal would introduce sweeping measures to reduce fossil fuels in the United States (NY Times).

She sits on the House Oversight Committee which serves as the main investigative committee in the U.S. House of Representatives. According to the Oversight Committee website, ‘it has authority to investigate the subjects within the Committee’s legislative jurisdiction as well as any matter within the jurisdiction of the other standing House Committees’. The committee is chaired by Carolyn Maloney and made up of over 40 House members from both sides of the aisle.

Maloney ended the hearing with the oil executives by announcing that she will ‘subpoena the oil companies and trade groups for key documents related to their conduct around the climate crisis” (CNN). The subpoena will make it possible for the committee to see other documents that they have requested but not yet seen.

The companies represented at the hearing, including ExxonMobil, BP America, Shell Oil, and Chevon,  have handed over many documents, but most were already publicly available. The investigation will continue with the companies being required to hand over more private documents against the backdrop of the spending bill fight.

NAACP calls for pro athletes not to sign contracts in Texas over state’s new voting, redistricting, and abortion laws