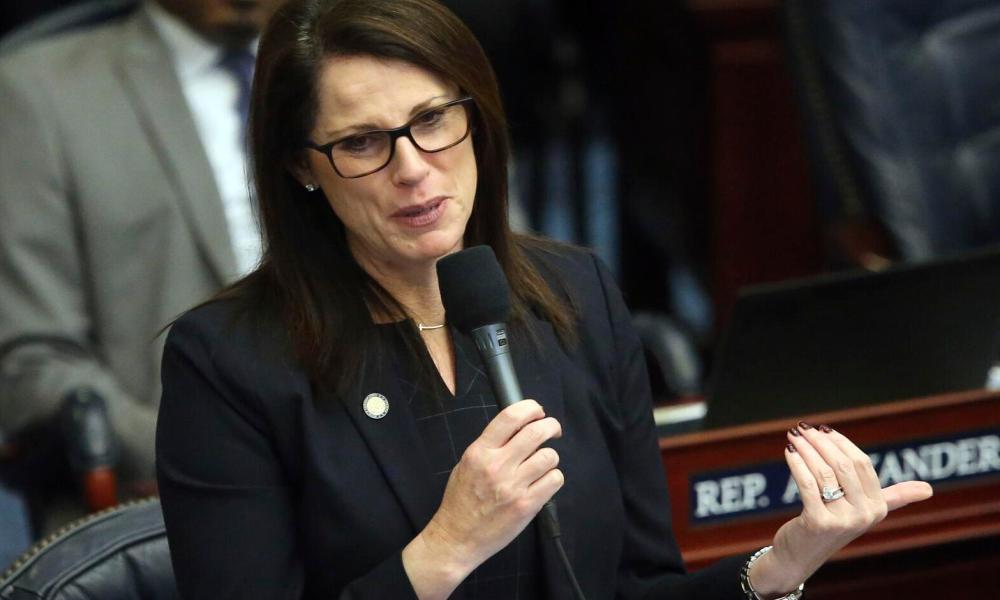 A Florida state senator said Thursday she has been receiving death threats for speaking out about the state’s top medical official’s declination to wear a mask during a meeting at her legislative office.

“The way he treated me, refusing to wear a mask, even when I told him I had a serious medical condition, shows his character and temperament is not appropriate to be our top medical professional,” said Sen. Tina Polsky, a Democrat representing parts of Palm Beach and Broward counties. State Surgeon General Joseph Ladapo was appointed by Republican Gov. Ron DeSantis last month. Earlier this week, he and two aides entered Polsky’s office for a Senate confirmation interview without masks, dismissing requirements, Polsky said. Ladapo was asked several times to wear a mask, but he refused.

“I do think there’s just a lack of common decency that’s going on,” Polsky told CNN’s Anderson Cooper, adding that she did not understand why Ladapo didn’t accommodate her request. “The compassion is gone,” she said. “But getting … death threats, some anti-Semitic in nature, has been really troubling, and people are just very, very nasty,” Polsky said.

Ladapo, Florida’s top health official, is known for his skepticism on Covid-19 safety measures and for fighting mask mandates in his state. Ladapo said in a statement posted on his Twitter account Tuesday that a face-covering would’ve impeded his ability to communicate with Polsky. “Having a conversation with someone while wearing a mask is not something I find productive, especially when other options exist,” he wrote. “It is important to me to communicate clearly and effectively with people. I can’t do that when half of my face is covered.”

He added that he suggested he meet with Polsky outdoors as that lowers the risk of Covid-19 transmission, but she refused. “I even offered to sit outside her office in the hallway,” he said. “It’s a small space so the whole thing became very uncomfortable.”

In response, Polsky said Ladapo’s sentiments on masks is a “a slap in the face” to everyone who has been struggling with mask-wearing during the Covid-19 pandemic. “He chooses to, in my mind, believe in anti-science and to not be looking out for the best interests of Floridians by flouting mask mandates,” Polsky said. Ladapo acknowledged Polsky’s medical condition, saying, “I am genuinely saddened by Senator Polsky’s recent cancer diagnosis of breast cancer, and I pray for her and her family and wish them God’s blessings and strength” [CNN].

A fourth COVID-19 shot may be needed for some immunocompromised people, CDC advises