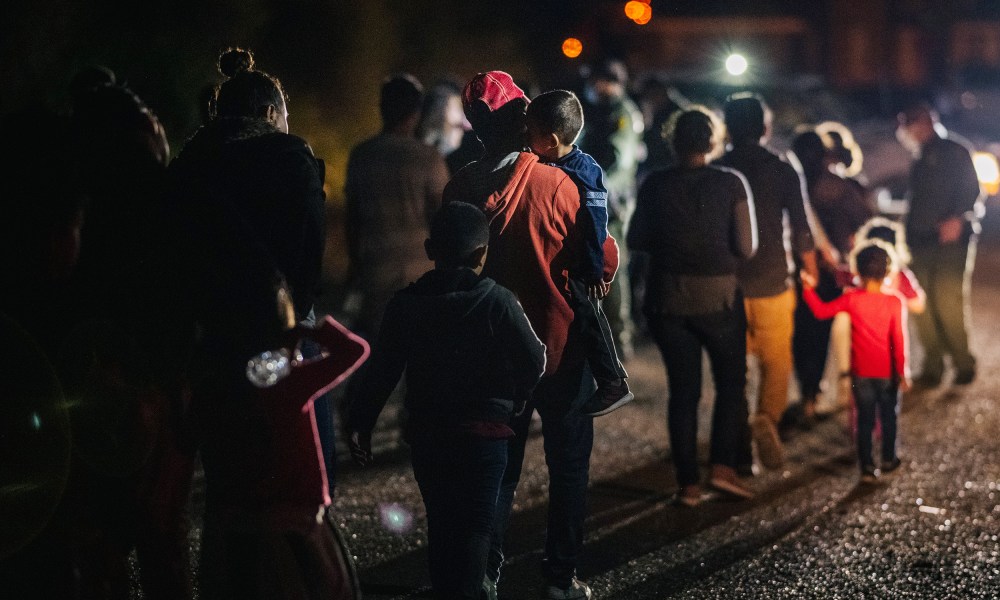 The Biden administration has proposed paying out $450,000 per person to families separated at the southern border as it tries to settle lawsuits with migrants who say the policy caused them lasting psychological damage.

Officials from the Departments of Justice, Homeland Security, and Health and Human Services are considering the payments that could total close to $1 million for two people within the same family, people familiar told the Wall Street Journal. The American Civil Liberties Union, which represents the separated families, has identified about 5,500 children separated from parents at the border during the course of the Trump-era policy.

Lawsuits allege that the separated children were housed in poor conditions, and sometimes suffered from malnutrition or heat exhaustion or were kept in freezing cold rooms and offered little medical care. Lawyers for the families argue the children have suffered long-lasting trauma from the anxiety of being without their parents.

They seek a range of payouts, averaging $3.4 million per family, according to the WSJ. Earlier this month, Michelle Brane, head of the Family Reunification Task Force, said that the Biden team had only been able to reunite 52 of the over 1,000 families separated under the policy who have not yet found each other.

Donald Trump has hit out at this proposal. “It’s not even believable what they’re doing,” he told The Clay Travis & Buck Clayton Show on Friday. He also told the conservative radio show hosts that security at the border went from “the greatest we’ve ever had … to the worst — probably one of the worst in the history of the world.”

“We’re taking in millions of people into our country illegally, and these people are rough people,” he said. Trump also blasted the ‘big caravans’ of migrants that have been easily slipping past the Mexican police.

Rep. Dan Crenshaw also tore into the Biden administration’s payout plan, noting that it was higher even than service members who die in combat. “Biden wants to pay illegal immigrants $450,000 for their hardship while breaking our laws. For perspective, if a service member is killed in action, their next of kin gets an insurance payment of $400,000,” the Texas Republican wrote on Twitter.”‘Let that sink in.”

REPORT: Meghan Markle, the Duchess of Sussex, the target of an organized ‘hate campaign’ on Twitter

GOP Rep. Adam Kinzinger announces he will not seek reelection in 2022