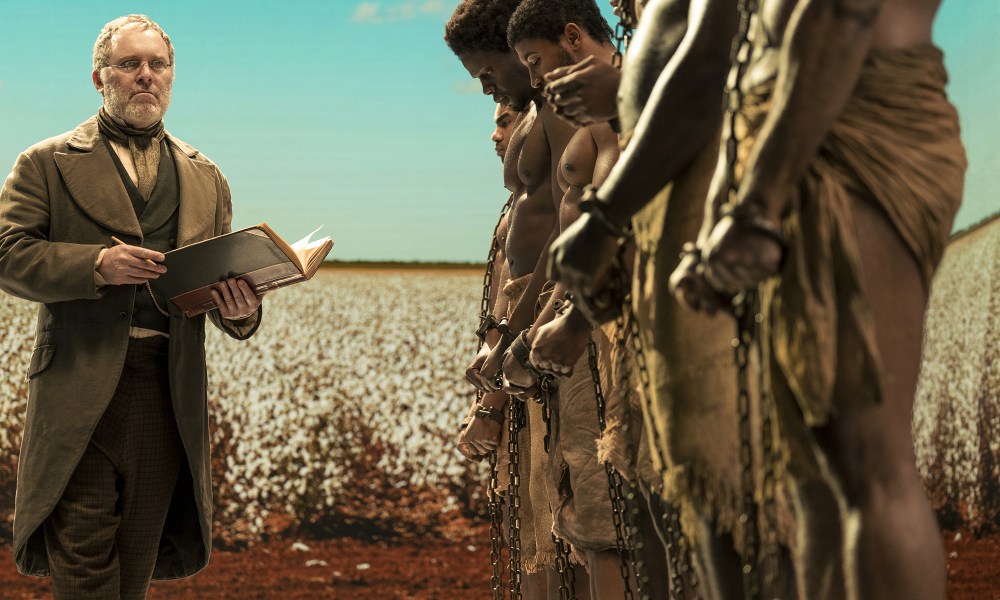 In a new Netflix series, free agent NFL quarterback and activist Colin Kaepernick equated the treatment of players at the NFL combine to slavery. The series, which premiered Friday, follows Kaepernick’s high school years and is called “Colin in Black & White.”

During the first episode, Kaepernick described how, at the NFL combine, pro hopefuls are treated. The combine is a four-day showcase where prospects undergo mental and physical tests before football team coaches, owners, scouts, and executives. “Coaches will tell you they’re looking for warriors, killers, beasts,” Kaepernick, who has not played in an NFL game since 2016, commented. “They say they want you to be an animal out there. And you wanna give them that. … What they don’t want you to understand, is what’s being established is a power dynamic.”

As depictions from a slave auction scroll on screen, Kaepernick added, “Before they put you on the field, teams poke, prod, and examine you, searching for any defect that might affect your performance. No boundary respected, no dignity left in tact.”

Generally, activities at the combine include weightlifting, sprints, medical checks, and allegedly “inappropriate questions” throughout in-person interviews. Background checks and interviews are also conducted by NFL teams in order to gauge players’ personality traits, and Wonderlic tests are performed to determine a player’s intelligence level.

Many took issue with Kaepernick’s slavery comparison, including Utah Rep. Burgess Owens, a former NFL safety who played for the Jets and Raiders. Owens wrote in a tweet, “How dare [Kaepernick] compare the evil endured by so many of our ancestors to a bunch of millionaires who CHOSE to play the game.”

Ava DuVernay, the series co-creator with Kaepernick, directed that opening episode and claimed the comparison is about “social control of a black body” rather than the economic advantage of becoming a pro athlete. “It’s about saying I will measure your value based on your muscles, how fast you run. So that’s the point that’s trying to make,” she said.

“And that was really Colin’s idea to say as the black men are being processed through this combine process, this combine experience, what that felt like to him.” She continued, “It felt very similar to our ancestors, who were also processed for profit.”

Over 100 world leaders commit to reversing deforestation by 2030

McAuliffe says experts, not parents, “should be telling schools what they should teach”