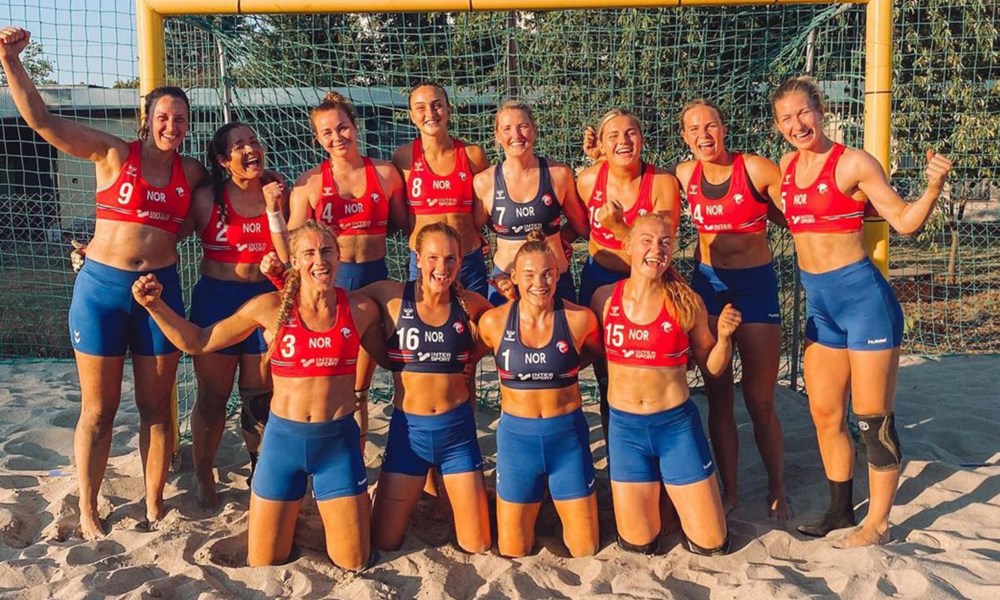 Women handball players will no longer be required to compete in bikini bottoms, according to updated rules by the International Handball Federation.

The new rules, published on Oct. 3, follow the controversy over the bikini bottom requirement. Norway’s women’s beach handball team was fined in July for wearing shorts in competition, a penalty that sparked backlash over the rules and broader debate about sexism and double standards in sports. Previously, women were required to wear bikini bottoms “with a close fit and cut on an upward angle toward the top of the leg.” The bottoms could be no longer than 4 inches on the sides.

Male players are allowed to wear shorts as long as 4 inches above the knee that aren’t “too baggy.” Under the updated rules, which will take effect Jan. 1, female “athletes must wear short tight pants with a close fit.” The maximum length is mid-thigh, according to an illustration describing the acceptable uniforms in the updated rulebook. Long pants may be acceptable under certain weather conditions.

The IHF did not provide a reason for the change in uniform requirements, but the organization’s president, Hassan Moustafa, indicated in August that a change in the rules could be imminent following pressure from teams from Europe and American Samoa, per the New York Times.