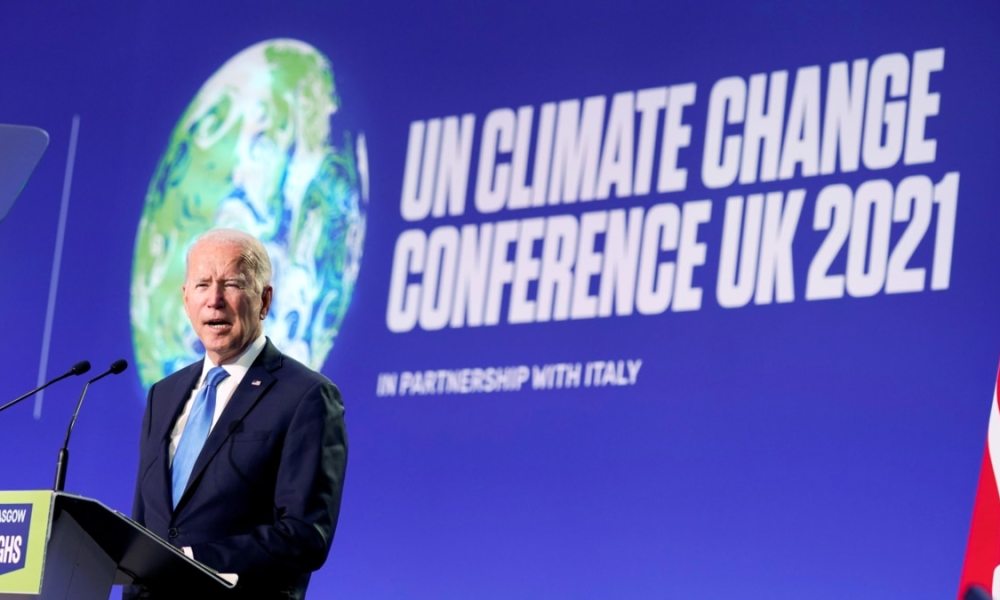 At the COP26 international climate summit in Glasgow this week, U.S. President Joe Biden called China and Russia’s absence from the conference a “big mistake”.

In light of China and Russia not attending COP26, Biden voiced his criticism of the two countries and questioned China President Xi Jinping’s leadership during a news conference. “The fact that China is trying to assert, understandably, a new role in the world, as a world leader — not showing up? Come on,” he told reporters. “The single most important thing that’s got the attention of the world is climate.”

CNN’s Phil Mattingly followed up with a question, to which he responded, “I think it’s been a big mistake, quite frankly, for China, with respect to China, not showing up.The rest of the world is going to look to China and say, ‘what value added are they providing?’ And they’ve lost an ability to influence people around the world and all the people here at COP, the same way I would argue with regard to Russia.”

Although China claimed they would be carbon-neutral by 2060, the country has built several new coal factories. China has since responded to Biden’s remarks. On Wednesday, the spokesman for the Chinese foreign ministry quipped, “Actions speak louder than words. What we need in order to deal with climate change is concrete action rather than empty words,” he claimed.

He added, “China’s actions in response to climate change are real. Chinese representatives have criticized the U.S. for pulling out of the Paris agreement under Trump, claiming this caused more damage to the environment.”