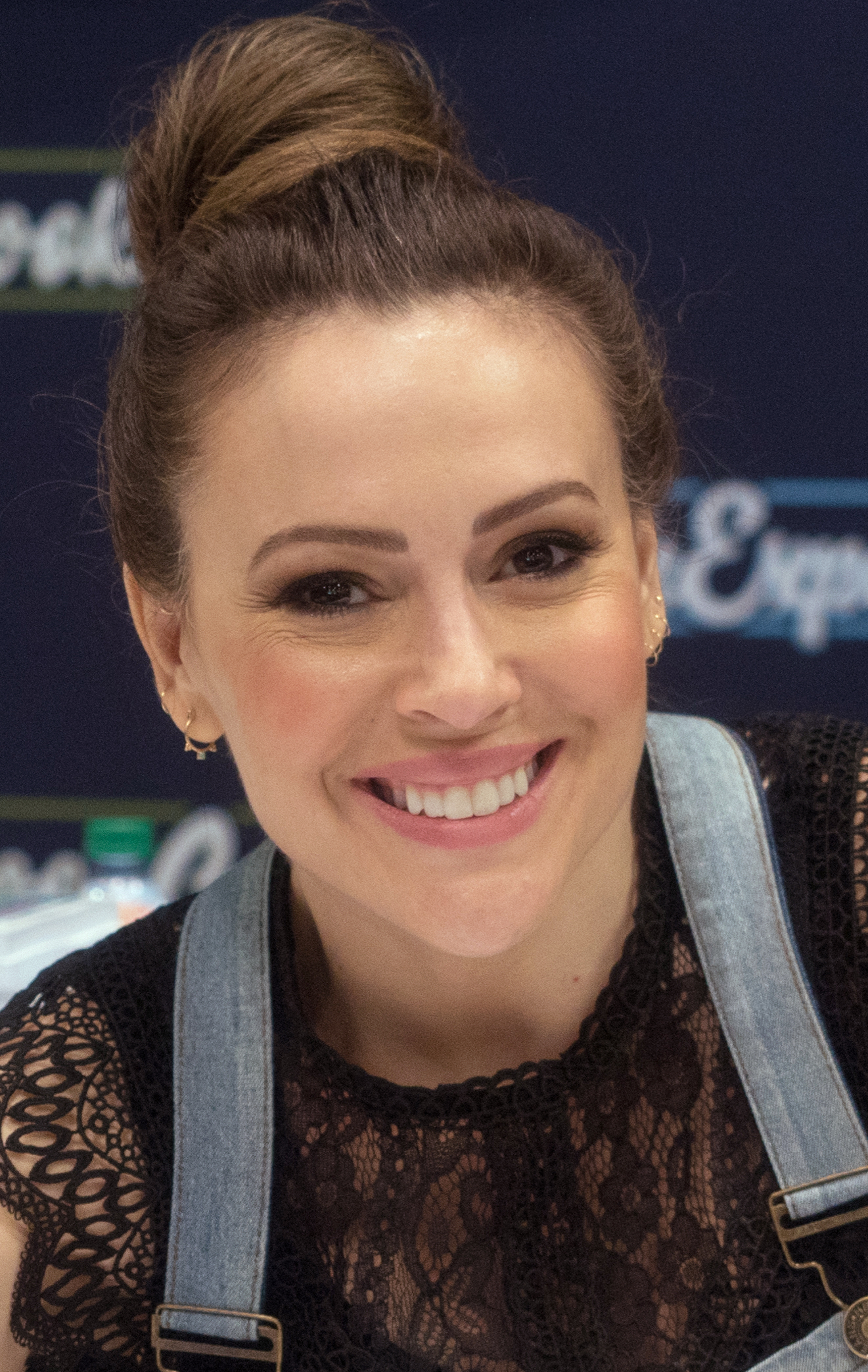 “She has done it again.”

You all may know Alyssa Milano, the child actor from the television series “Who’s the Boss.”

She is one misguided and confused individual who continuously makes a fool of herself, and that without shame (Proverbs 29:15).

This time she proves the point of which we have been making here at the Sons of Liberty Radio for years and that is they do not have the support that they want you to believe that they have.

Saul Alinsky said: “Power is not only what you have but what the enemy thinks you have.”

The mainstream media and the powers that are tolerated have used this method for decades to belittle their opposition, to polarize, to single them out as if to lead them to believe that they are the only ones resisting the wrongs, and it is all brought about through deceptive measures (Ephesians 4:14).

The minority is convincing the majority of the opposite of what is true and Alyssa Milano just showed us this truth once again (Isaiah 5:20).

We are being told by the treasonous and disgraceful Joe Biden that, somehow or another, a quarter of the population in America has yet to be vaccinated. The fact of the matter is, and you can rest assured, that three quarter of Americans have not been manipulated into getting these dangerous experimental jabs. Why the unlawful and unconstitutional forced mandates if everyone is getting one? Does this not exhibit the lies behind the measures that they are taking? Why yes, they are (Luke 12:2).

How she stepped in it

She then went on in hopes of proving her point, as well as everyone following her lead into subjecting their kids ages 5-11 to these dangerous experimental jabs, by asking a question in an online Twitter poll with 173,429 participants.

Friends, these are the blind following the blind that are taking this poll (Matthew 15:14). These are t.v. watchers. These are those who seem to think that Alyssa is a person with credibility that answered these questions, not those who claim to be Christians or conservatives, not that there is much difference (Matthew 5:13).

The bottom line here is this: If an erroneous and immoral actress can take a poll from her Twitter account, which touts 3 million subscribers, and get these kinds of results, one must ask the question, what it is that the mainstream media and all of those who are unified in this plandemic not revealing (Isiah 28:18)?

This portrait of Alyssa Milano at BookCon 2019 is by User Rhododendrites on Wikipedia. He has licensed it under Creative Commons Attribution/Share-alike 4.0 International License.