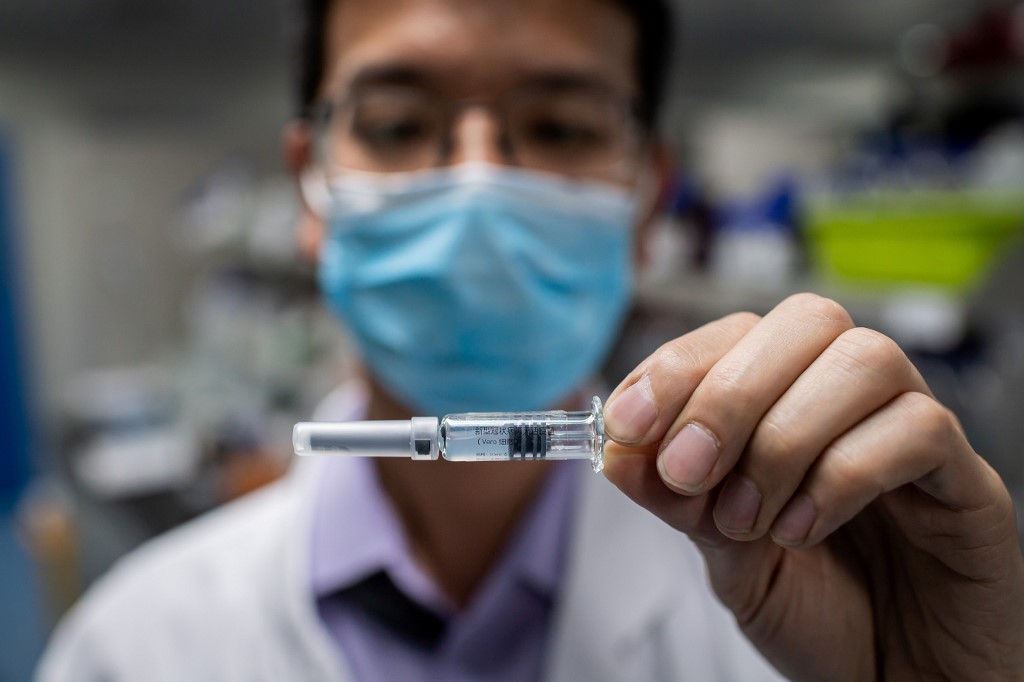 For a fight that requires working together, a lot of cynical and divisive edicts came out of the White House today pitting the vaccinated against the unvaccinated, businesses against employees, and the federal government against states.

Sorry, Governor Lee, the government is in the “divisive” business and the only “together” they understand is your obedience. Despite your heroic Tweet, obedience is exactly what you gave them when you turned your back on health care workers, business owners, thousands of employees, and now our own National Guard members.

For a savvy business owner, your inability to distinguish between information and disinformation is numbing.

To be clear: the vaccine is the best tool we have to combat the pandemic, but heavy-handed mandates are the wrong approach.

What on earth have you been reading for the past year? Sadly, your intelligence shortcomings are contributing to the division between the vaccinated and the unvaccinated and slammed the Biden jackboot squarely on the necks of all Tennesseans.

Learn the truth: the vaccine is dangerous and countereffective

The only way to help the people of Tennessee is to learn the truth, unite people behind it, and defend your state from Washington, D.C., the common enemy spreading the disinformation.

We need a governor to fight for the people, not to sign compromised bills that seem to close the door on mandates, while hoping the courts will come to your rescue.

A year and a half ago there was little data, and we wanted to believe the vaccines worked. Now we know better, and vested interests are viciously lashing out to cement their withering narrative.

All vaccine information must be suspect. Particularly that coming from the CDC, FDA, NIH, medical associations, legacy news outlets, social media technocrats, and any who stand to gain wealth, power, or political advantage. At least give some credibility to those with much to lose and whose only goals are honesty, unity, and freedom.

Questions and answers about vaccine preparations

Here is a sourced Q&A format to help you understand the COVID vaccines today.

The Pfizer trials prove the mRNA vaccine is safe and effective, so why do people think they are unsafe?

The trials did not prove the Pfizer and Moderna vaccines were particularly safe or effective because they were unexpectedly cut short. When the FDA issued an EUA anyway, “safe and effective” became the industry-accepted narrative and objections were labeled “misinformation.”

When portions of the trials results became publicly available it was apparent the drug was not as advertised.

The Phase 2 trial was terminated when Pfizer polluted the data.

The safety and efficacy of the vaccine were not looking as robust as the public wanted. So Pfizer ended the 1-year study in less than 90 days by offering the vaccine to the control group.

Pfizer told the public one thing about deaths and the FDA another.

Deaths were 24% higher among the vaccinated than the unvaccinated. We will never know what caused the deaths because Pfizer only said the deaths were not “vaccine related” with poor explanation.

Trial information has been obscured from the public; processes compromised.

The FDA wants the public to wait up to 55 years to slow walk FOIA trial information.

From the British Medical Journal

Whistleblower researcher who did the testing for Pfizer revealed:

What about other studies showing the drug is safe?

To date, the largest Pfizer vaccine study, Barda, et al, studied 2 groups of 884,000 vaccinated versus unvaccinated and concluded, the Pfizer vaccine was mostly safe, but was associated with an excess risk of myocarditis (1 to 5 events per 100,000 persons).

The study has several problems:

What proof is there that the Pfizer drug is not safe?

The Vaccine Adverse Event System has reported more than 18,000 vaccine related deaths. The majority occur within 14 days of vaccination.

In addition, Pfizer’s own trials for 5- 11-year-olds have already identified links between the vaccination and heart problems. (P33)

UK data shows that your natural antibodies tend to be lower among those who acquiring infection after receiving 2 doses of the vaccine. This means the vaccines interfere with your body’s ability to build long term immunity. (P23)

Didn’t the CDC explain that anyone can complete a VAERS report and found most of the deaths unrelated to the vaccines?

The CDC, despite numerous requests has never provided any evidence for their claim. The VAERS form indicates the opposite appears true.

Filers are warned in bold:

Knowingly filing a false VAERS report is a violation of Federal law (18 U.S. Code § 1001) punishable by fine and imprisonment.

Health workers are encouraged to complete the reports, but most have little time.

Extensive evidence shows VAERS only captures about 1% of adverse events.

A 2010 study by Harvard Pilgrim Healthcare, and a 2005 study of adverse reactions to vaccines show that VAERS only capture 1% of adverse effects.

A 2021 JAMA study of post-vaccine anaphylaxis and a report by the CDC, both using VAERS data concluded this was a rare event of 2 to 5 persons per million. But a March 2021 Mass General Brigham study of allergic reactions to the vaccines shows that VAERS underreported the actual events by 100X agreeing with the 2010 Pilgrim study.

VAERS data indicates most deaths reported to the system occur within 14 days of vaccination. Yet the CDC does not count persons as vaccinated until 14 days after the final recommended dose which could be months. As a result the CDC dismisses the majority of vaccine deaths by labeling them unvaccinated.

If anyone is misrepresenting vaccine adverse effects, it is the CDC.

What proof is there that the Pfizer drug does not reduce infections?

UK Vaccine Surveillance Reports are considered the gold standard of vaccine information. They show that infection rates have doubled for those vaccinated as opposed to the unvaccinated.

But aren’t the risks worth the benefits?

The Pfizer vaccine was designed to reduce symptoms, not reduce death or transmission. Most of the information claiming additional benefits often relates to brief periods, fails to adequately allow for study confounders, or otherwise severely compromised. For example:

Both cannot be true.

Even more embarrassing, the CDC admits, in spite of headlines, they have no proof that naturally immune people can spread the virus.

This disinformation has been repeated in major news outlets and medical publications across the country. Why would the CDC be so blatantly misleading? More importantly, why do they think it will not be exposed?

Research is beginning to show natural immunity not only offers broader protection, but it lasts longer than the vaccines and boosters.

We now know that events such as anaphylaxis and death are not as rare as we were told.

We know that by reducing symptoms the vaccines contribute to asymptomatic spread, a condition that rarely existed prior to the vaccinations.

It is well documented that vaccine effectiveness drops below 50% after 6 months necessitating a potentially unending flow of boosters with little understanding of the long-term effects.

Finally, as new boosters are promoted, the FDA is sidestepping the important review panel, a process designed to protect the public. In the past, this panel has exposed vaccine information flaws and recommended against boosters. Now, the FDA says this step is unnecessary and that protective voice muted.

Why won’t they debate honestly?

Scientifically, there is no justification for mass vaccinations. It is time for Gov. Lee and all governors to stop the federal government from steamrolling Americans into a failing and potentially dangerous COVID intervention.

From the Sustainable Freedom Lab.

Related Topics:coronavirusvaccinevaccine mandate
Up Next