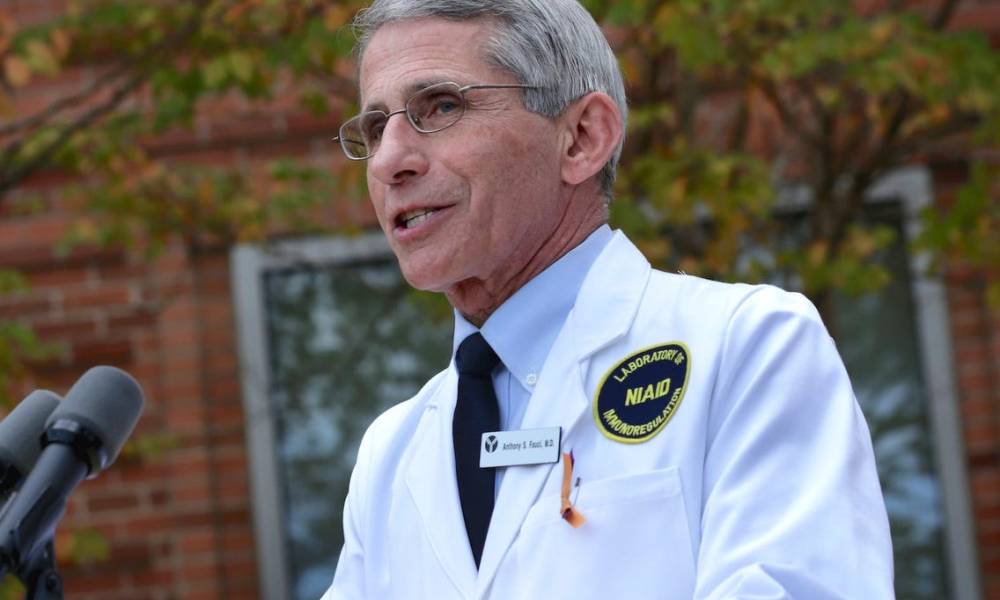 Dr. Anthony Fauci said Tuesday that we won’t need to wear face masks forever and that the end is in sight.

Fauci, the director of the U.S. National Institute of Allergy and Infectious Diseases, said in an interview with Bloomberg TV that masks will become unnecessary in the future to fight off COVID-19.

“We’re not going to have to wear masks forever,” he told Bloomberg. However, he said “we’re not there yet.” He told Axios on Tuesday that “boosters are ultimately going to become a part of the standard regimen and not just a bonus.”

Fauci told Insider he thinks it’s a “prudent” move to simplify the US booster campaign, for two reasons — to bolster immunity among the vaccinated, and to clear up confusion, because most adults who are already eligible have not gotten boosted. “Right now, don’t make it complicated,” Fauci said.

Fauci said “I don’t like to assign blame to people,” but, “unvaccinated people, if they’re responsible for most of the infections, then they’re responsible for most of the circulation of the virus in the community.” When asked why scientists remain so divided on the utility of boosters, and who they should be offered to, he offered “no comment.” He said trying to perfect the timing of boosters right now and make exceptions was “overthinking it.”

This comes as sources told the news organization that the Biden administration is set to announce plans to expand booster shots to all adults in the U.S as early as this week.

In August, boosters were approved for immunocompromised Americans who had received either the Pfizer or Moderna vaccine after data showed this group was less likely to develop high antibody levels after two doses. Shortly after, the White House announced booster shots would become available for all Americans starting on September 20 due to data suggesting waning efficacy of the initial shots.

But many scientists, including senior officials at the U.S. Food and Drug Administration (FDA), disagreed and argued that the vaccines are still highly effective at preventing severe illness and death. “As every month goes by, the immunity wanes more and more,” Fauci told Axios.

“So as time goes by, you’re going to see more vaccinated people” fall ill with the virus. “We need to keep our foot on the pedal and not pull back as we head back into the winter months,” he said.

A recent study from the Public Health Institute in Oakland, California, found that the overall effectiveness of the three Covid vaccines available in the U.S fell from 87 percent in March to 48 percent by September.