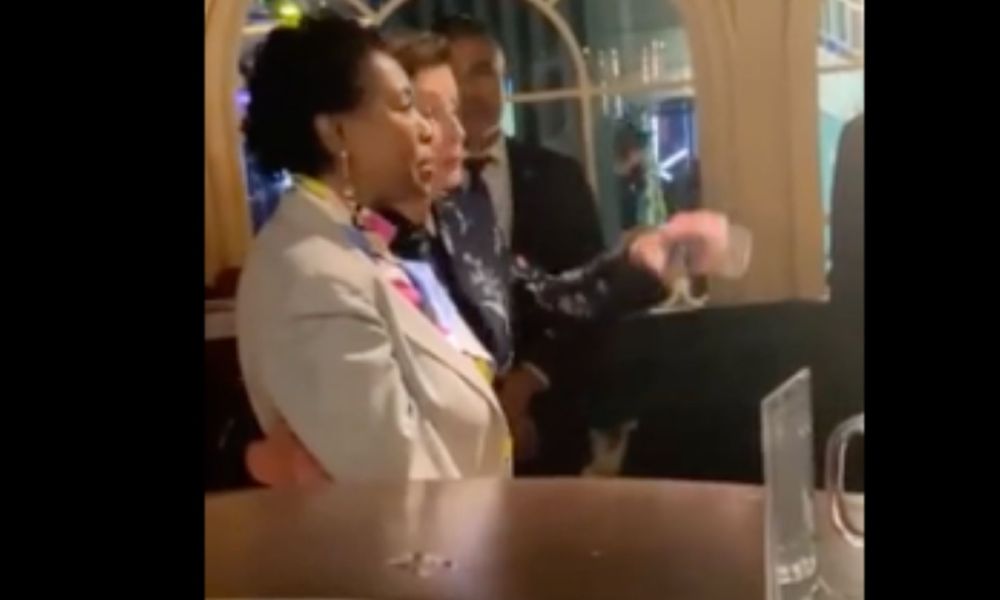 On Tuesday night, Speaker of the House Nancy Pelosi and Democratic New York Rep. Yvette Clarke were seen violating the Washington D.C. mask mandate while out at a bar. The pair were captured on video speaking to a small group in the district.

In the video, obtained by the Daily Caller, Pelosi and Clarke can be seen talking to a group inside the “crazy golf club” at Swingers in Dupont Circle. Members of the group can also be seen without masks.

Currently, the mandate states that masks must be worn inside “any business or establishment open to members of the public (including but not limited to: grocery stores, restaurants and bars (when not eating or drinking), places of worship, gyms, office buildings, libraries, indoor entertainment venues, and common areas of apartment or condominium complexes).”

The Centers for Disease Control previously released guidelines in May that said masks were not required to be worn inside by those fully vaccinated in “most situations.” Since then, the CDC has changed the guidance to say that masks must be worn inside, citing the rise of the delta variant.

The Democratic mayor of D.C., Muriel Bowser, announced on Monday that the indoor mask mandate will be lifted in the city on November 22.

Earlier this month, Pelosi was also seen maskless while officiating and celebrating a wedding in San Francisco. Democratic Gov. Gavin Newsom and San Francisco Mayor London Breed were also in attendance, apparently without masks. The three were quickly criticized social media as photos of the gathering were posted online. Under Newsom’s guidelines, California children are still required to wear masks in school.

Danish town spends $150,000 cleaning local beach, only to dump waste back into ocean nearby