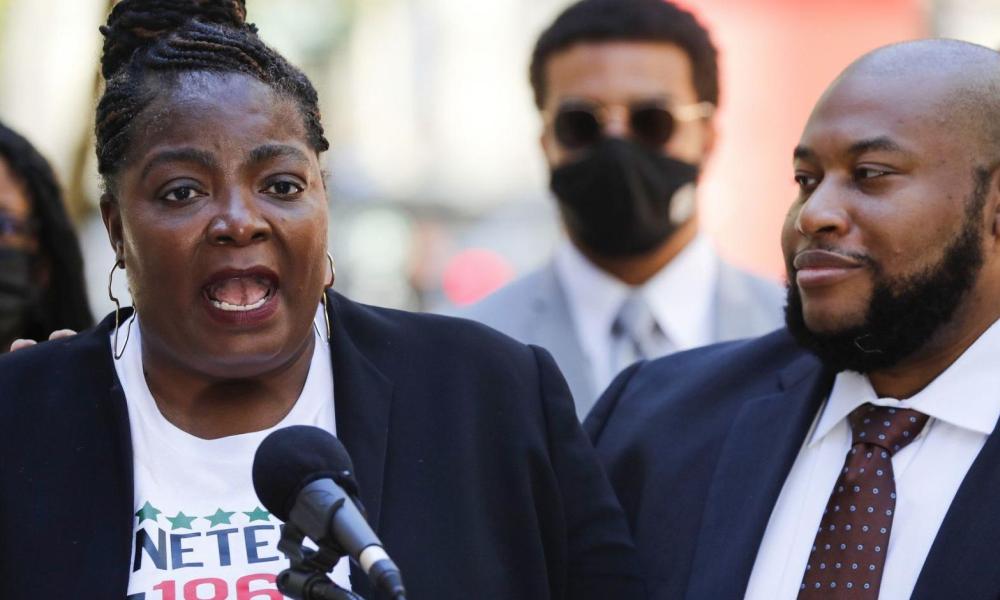 The city of Chicago is expected to offer a settlement of $2.9 million to Anjanette Young for the bungled police raid on her home, according to several sources with firsthand knowledge.

A proposed settlement in the case is scheduled to come before the City Council’s Finance Committee Monday and advance for full council consideration later this week.

Acting on a bad tip, police raided Young’s home in February 2019, restraining her while she was getting ready for bed and forcing her to stand handcuffed and naked as police searched her residence. The errant raid became national news in December 2020 after Mayor Lori Lightfoot’s administration sought an extraordinary order to prevent CBS-2 from airing video footage from the incident.

As the situation unfolded, Lightfoot claimed she “had no knowledge” of the matter and that her administration hadn’t refused to give Young video of the raid. But the mayor soon acknowledged that members of her staff had told her about the raid via emails in November 2019, as Ch. 2 was reporting on search warrants being served at the wrong addresses. She also said she had no recollection of the emails.

In an email sent on Nov. 11, 2019, former Deputy Mayor for Public Safety Susan Lee forwarded a summary of CBS’ reporting on the case to Lightfoot and said, “Please see below for a pretty bad wrongful raid coming out tomorrow.”

The summary said Young was handcuffed by police, and officers “allegedly left her standing for 40 minutes handcuffed and naked while all-male police officers search her apartment.” The email noted that Young had been asking for the body camera footage but hadn’t heard back from police.

Half an hour later, Lightfoot responded to the thread. “I have a lot of questions about this one,” Lightfoot said. “Can we do a quick call about it? Is 10:00, ie 10 minutes from now possible?” Lightfoot personally apologized to Young for the raid and vowed to resolve Young’s lawsuit against the city, but the mayor’s been criticized as her administration continued playing hardball in defending the police department’s actions.

The city’s motion to dismiss the case sought to minimize the fact Young was handcuffed while naked and said she was “escorted to her bedroom to get fully dressed” about 10 minutes after officers determined their target wasn’t present.

“Though (police) attempted to cover her with a nearby blanket seconds after handcuffing her, the blanket did not stay fully closed in front,” city lawyers noted. City lawyers also said in the motion that Young’s lawsuit “failed to establish a legal wrong.” [Chicago Tribune].

Hillary Clinton says if Donald Trump wins 2024 Presidency, it could be ‘the end of our Democracy’