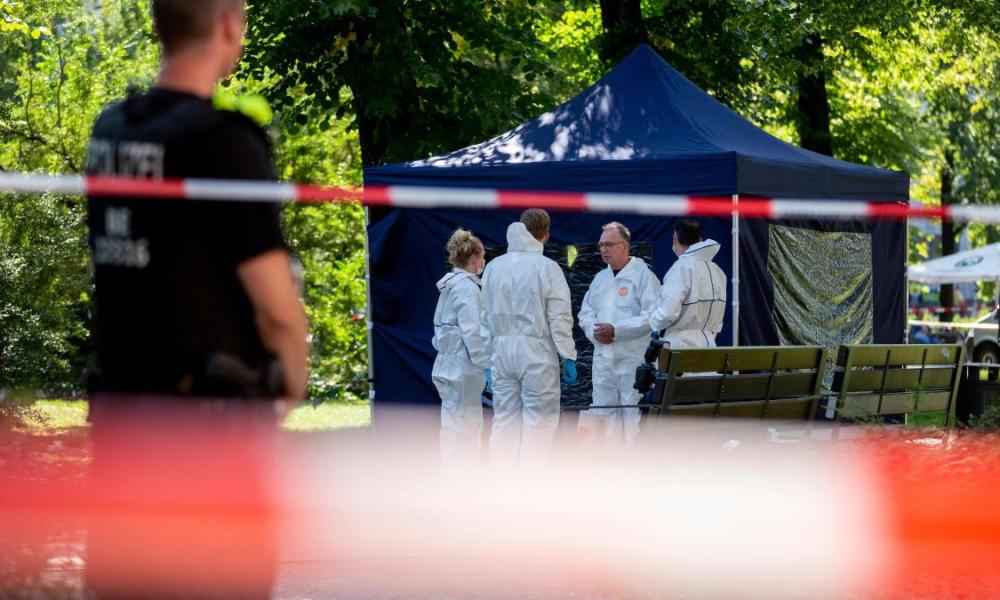 Foreign Minister Annalena Baerbock called the state-ordered killing a “grave breach of German law and the sovereignty of the Federal Republic of Germany.” Russia’s ambassador in Berlin was summoned to discuss the court’s finding and informed of the diplomats’ expulsion, she said.

The 2019 daylight killing of Zelimkhan “Tornike” Khangoshvili, a 40-year-old Georgian citizen of Chechen ethnicity, sparked outrage in Berlin and prompted the German government to expel two other Russian diplomats at the time, a move Russia swiftly reciprocated.

Judges at Berlin’s regional court on Wednesday convicted 56-year-old Vadim Krasikov of the killing, but said he had acted on the orders of Russian federal authorities, who provided him with a false identity, a fake passport and the resources to carry out the hit near Berlin’s Kleiner Tiergarten park on Aug. 23, 2019.

“The central government of the Russian Federation was the author of this crime,” presiding judge Olaf Arnoldi said, labeling the killing “state terrorism.”

Baerbock said during a call Tuesday with her Russian counterpart, Sergey Lavrov, she had made clear that Germany wants an “open and honest exchange with Russia,” and that this should happen “on the basis of international law and mutual respect.”

“It is clear that acts such as the Tiergarten murder weigh heavily on this relationship,” she said. “The German government will do everything necessary to ensure that security in our country and the respect for our laws is ensured.”

After Wednesday’s verdict, Russia’s ambassador in Berlin issued a statement rejecting allegations of Russian involvement in the killing.