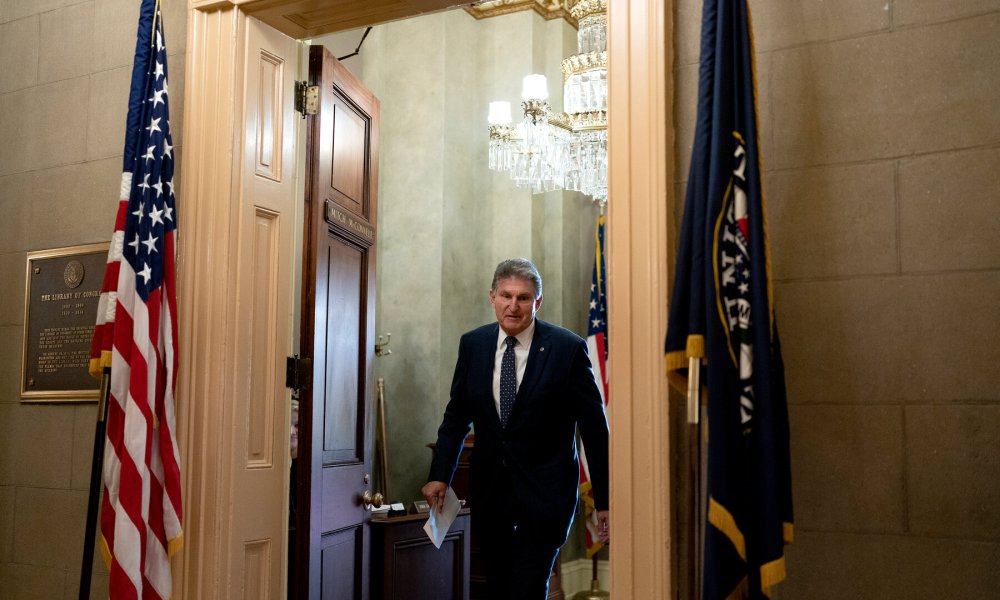 In a lengthy MetroNews interview on Monday, West Virginia Senator Joe Manchin (D) placed the blame for the breakdown in negotiations of the Build Back Better plan on White House staff.

Manchin explained to MetroNews’ Brett Bair during the interview that he felt the White House staff miscalculated their plan to pressure him into changing his mind, and that he did not feel the White House was willing to change the legislation to meet his concerns.

“They figured, ‘Surely to God we can move one person. Surely, we can badger and beat one person up. Surely we can get enough protesters to make that person uncomfortable enough they’ll just say, ‘Okay, I’ll vote for anything just quit’,” Manchin said. In the same interview, Manchin told West Virginia radio host Hoppy Kercheval, “This is not the president, this is staff.”

Manchin expanded on his experience negotiating with the White House on the Build Back Better plan, telling the hosts, the White House wrongly thought “surely we can move one person, surely we can badger and beat one person up. Well, guess what? I’m from West Virginia. I’m not from where they’re from, and they can just beat the living crap out of people and think they’ll be submissive, period,” Manchin said.

The MetroNews interview came only one day after Manchin sent shockwaves through DC when he announced on Fox News that he would not vote for the Build Back Better plan in spite of weeks of negotiations with the White House. Manchin’s decision effectively kills the legislation, as it cannot pass the Senate without his support.