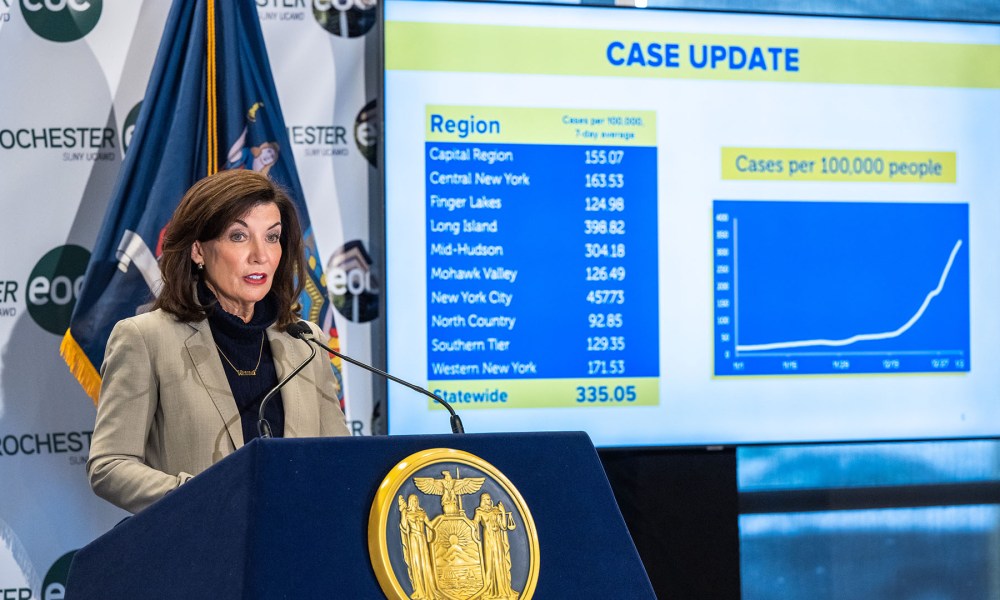 On Friday, the office of New York Gov. Kathy Hochul said that just more than half of the thousands of people hospitalized in the state with COVID-19 were admitted due to their infection with the virus.

For the first time, more specific data on COVID hospitalizations in New York, helping draw certain distinctions. Those distinctions draw a line between those who entered the hospital because of their condition from the virus and those who tested positive later but were hospitalized for other various reasons.

Following the data, 58 percent of the 10,867 people hospitalized as of Wednesday last week in New York were there because of COVID, but 42 percent had been hospitalized for other reasons.

New York is currently dealing with a shortage in staffed beds as the omicron variant has spread quickly throughout the state over the last month and a half. The state has since limited elective surgeries and procedures at 21 health care facilities as of this week.

In a coronavirus briefing held Tuesday morning, Hochul said there would no longer be a state requirement to contact trace. “We are going to be allowing counties to decide if they want to contact trace,” she said. “This is not a requirement anymore. Everyone knows someone who has had it. It spreads quickly and it doesn’t make sense to have counties keep up with who gets tested for positive when they could be focusing on vaccinations instead.”

And how many of those infected with the COVID-19/Wuhan/Fauci had taken the injections, or what some call the jab; which is know to undermine the immune system and cause other medical condition? And how many being hospitalized are testing as False-Positives? People need to learn what the injections actually do.