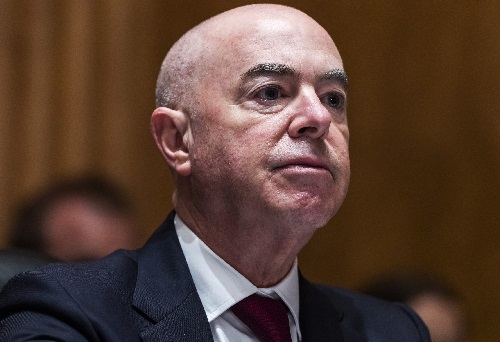 Once a government is committed to the principle of silencing the voice of opposition, it has only one way to go, and that is down the path of increasingly repressive measures, until it becomes a source of terror to all its citizens and creates a country where everyone lives in fear.

If you remember right, on October 26, 2001 the unconstitutional Patriot Act was pushed forward in spite of the fact that not one representative had an opportunity to read it. It was laid on their desks at 3:30 am.

If you also remember right, the United States did not know who to attack after September 11, 2001.  So, they decided to attack Iraq and, in turn, Vice President Dick Cheney profited to the tune of 39.5 billion dollars (Proverbs 17:15).

If you also remember right, for 18 years, the American people were told by the mainstream media that the Muslims were a threat to this country at every given step.

Now, they attack Americans in defending those who are here to conquer illegally.

Truth be told, the very ones that are allowed to set the narratives here are the very ones setting up their political opposition within the borders of this country (Ephesians 4:14).

Friends, those who were originally accused for the Twin Towers coming down could have never dreamed of what it is that the American government has done to its own people to date (Leviticus 26:15-16). Therefore, America will never be destroyed from the outside.  If we falter and lose our freedoms it will be because we destroyed ourselves (Numbers 32:23).

To add insult to lying injury after lying injury, we now have the unconstitutional Department of Homeland Security Gestapo head Alejandro Mayorkas, and right on cue, accusing the American people of being the “domestic extremists.” We all saw this right after the 72 definitions from the DHS came out publicly (Revelation 12:10).

The threat landscape has evolved considerably over the last 20 years.

and that foreign terrorism has now taken a back seat to domestic extremism.

We are seeing an emerging threat, of course, over the last several years of the domestic violent extremist.

The individual here in the United States radicalized to violence by a foreign terrorist ideology, but also an ideology of hate, anti-government sentiment, false narratives propagated on online platforms, even personal grievances.

As Chris Menahan highlights, Mayorkas has wielded a pretty broad brush when it comes to defining what behavior qualifies as “domestic extremism.”

Mayorkas said last year that white extremists are the greatest threat to America and put out terror alerts painting opponents of covid lockdowns and people who don’t trust the Biden regime as potential domestic terrorists.

If Tyranny and Oppression come to this land, it will be in the guise of fighting a foreign enemy.

and consider this ironic quote:

Cicero said that after he himself set the precedent for setting aside individual liberty for national security. The USA-PATRIOT Act finds its precedent in Cicero’s Senatus consultum ultimum and his Orationes in Catalinam.

Related Topics:constitutional lawpresident
Up Next

FBI losing on many fronts