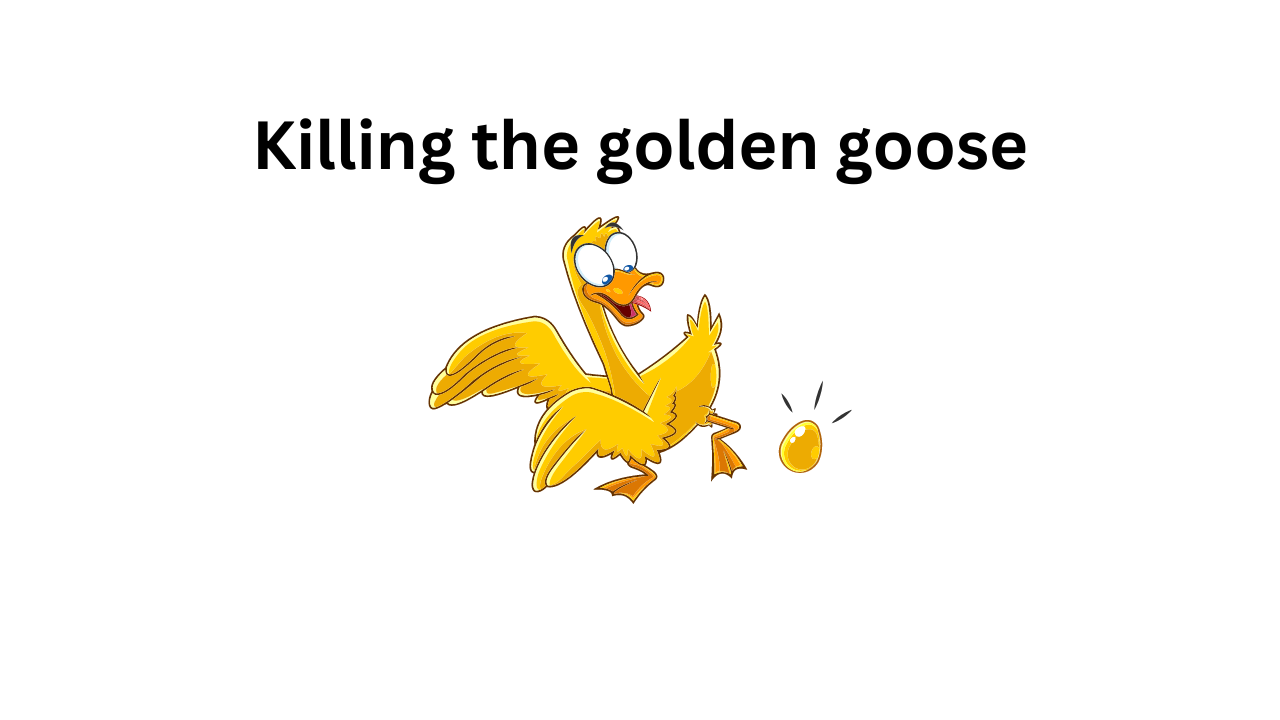 Hello, this is Darrell Castle with today’s Castle Report. This is Friday the 16th day of September in the year of our Lord 2022. Today I will be talking about the deliberate destruction of that “golden goose” upon which rests the whole of the Western world’s economy. Civilization experiments with destruction and devolution by attempting a change from fossil to un-fossilized fuel. Which change our elite rulers tell us will save us from climate destruction and an apocalyptic future. But could the opposite be true?

For example, when recent problems in California began to manifest themselves with rolling blackouts and mandatory shutoffs of electricity due to the State’s decision to forego traditional sources of energy in favor of wind and solar, officials of the state chose to double down rather than come to their senses. The Washington Post interviewed Siva Gunda, the vice chair of the California Energy Commission.

We understand we cannot have the lights go off. But the fear of these questions being brought up is not a reason to slow down from what we know is morally and societally what we need to do.

Yes indeed, those who govern California know what has to be done morally. Who cares what happens to mothers and children who sit in the dark in 100-degree heat because of what elite officials are convinced of. Who cares about the destruction of one of the world’s great economies and bread baskets. If California were its own nation, it would be the 5th largest economy in the world. And it would have the world’s highest average income except for tax havens such as Monaco and Luxemburg.

The government of California is intent on changing all that. Stop using your appliances, turn off your lights, keep temperatures at 78 degrees. But I suppose the higher your temps the greater your morality. Once again, the Governor of the nation’s most populous state comes across as the newest dictator in a banana republic hardly anyone has heard of. These decisions are an attempt to reverse the progress made since the advent of the industrial revolution.

The industrial revolution occurred primarily in the 1800’s. Man had recorded his time on earth for about 6000 years with very little change. People still rode horses, tilled the land with wooden tools, and fought each other with spears and swords. That all changed rapidly as mankind started a sudden accent powered at first by coal then by oil. The world was no longer constantly on the edge of mass starvation. Privation and hunger were no longer the norm. Fossil fuels changed the very nature of life on planet earth. Food became so abundant that it soon reached the cheapest levels in history.

No more, because basic commodities like wheat, soybeans, and corn have doubled in price, but incomes haven’t. The Covid lockdown hysteria was the beginning and the catalyst that brought a halt to the world’s economic activity. Then the war in Ukraine picked up where Covid left off. Russia is the largest producer of fertilizer in the world. Without that product it is difficult or impossible to grow enough food to feed a population. The proxy war being fought in Ukraine coupled with U.S. sanctions have drastically affected the supply of fertilizer resulting in mass crop reduction across the world.

California leaders see the information as I do, but they plunge ahead toward the green new deal. The golden goose is struggling to survive in the golden state. But the people are yet to rise up in anger. Reality, as Philip dick once said, is that which when you stop believing in it doesn’t go away. Our leaders can fearmonger about climate change until fear is at insane levels. But the laws of physics and economics do not change, even for California. The laws of physics forced California to extend the life of its last nuclear power plant and also gas-fired plants to avoid total blackouts. It seems that reality is also sometimes a cruel teacher. And when facing reality, people are only partially in favor of deindustrialization, and return to the 1700’s.

California follows Germany in doing the stupidest thing that could possibly by done by educated people. Its helpful to be reminded sometimes that being educated by this world’s standard does not mean you are not really stupid. Germany closed most of its nuclear plants and decided to decarbonize its economy. That decision forced Germany to rely heavily on Russia for most of its energy needs. Russia then invaded Ukraine and Germany along with other EU nations and the U.S. placed sanctions on Russia and started shipping large amounts of NATO weapons to the enemy of Russia.

Does it make sense that Russia would keep pumping gas to nations whose industry was being supplied by Russian gas to build weapons to kill Russian soldiers? That’s where Germany decided that insanity would be the wisest course to take. Rather than returning to their state of the art, environmentally friendly and clean nuclear energy infrastructure, Germany decided that rationing, record high prices, and freezing in the dark would be the best choice.

The California car becomes no car at all

Restrictions on production drive up prices for the average consumer whether in Germany or California. Energy prices in California were the highest in the nation except for Hawaii and Alaska before the state decided to go completely insane. Californians use only about half the energy as the nation on average, but they pay one of the highest prices. Restrictions on cheap, easily obtainable, and transportable energy apparently allow Californians to feel morally superior but they ruin their economy and their standard of living.

One of California’s plans for continuing the state’s deconstruction was to ban the sale of gas-powered cars in only 13 more years. Everybody has to buy an expensive electric car with a 200-mile range, and they are then told not to recharge it. Where does the electricity come from to recharge all the electric vehicles in California? It just seems that an entire state full of intelligent people has decided to commit economic suicide.

In California, in the rest of the nation, and in the entire Western World, in the name of ending or reducing climate change, the golden goose is being strangled. The standard of living of all but the wealthiest is being deliberately reduced by people who are completely indifferent to the suffering of others. The French President, Emmanuel Macron, recently warned that the Western world had reached “the end of the age of abundance.” He has begun to impose strict rules on the masses in France. (But not of course on himself and his fellow elites.)

That attitude by Macron is reminiscent of the attitude of royals before the Magna Carta. The rules are for them but not for us. The Magna Carta started the individual on a 1000-year ascent toward freedom, liberty, and prosperity which the elites are now trying desperately to reverse. Followers of the theories of Thomas Malthus like Macron see the world as unable to sustain its population without catastrophic famine and mass starvation so they must do things to destroy civilization before it destroys itself. They fail to consider advances in farming techniques, fertilizer, and technological advances. Their predicted famines never occur and would never occur except for the machinations of people like Macron.

From energy independence to energy absence

The Russians are not shipping any gas to Europe this winter and already the gas supply is extremely limited. The green dream is ruining Europe as it is the United States. People are finding themselves stuck at home as they did during the insane Covid lockdowns.

Just two short years ago the United States was energy independent for the first time in decades. The U.S. produced huge amounts of gas and oil and resulting cheap energy prices led to an economy booming with energy intensive businesses while consumers enjoyed lower prices on everything from food to cars. The result of the incoming green ideology is evident both in the U.S. and in Europe. No solutions can be found by the elites to the destruction they have caused except more destruction.

Death by Government, R.J. Rummel’s book published in the 1990’s attributed about 270 million deaths to government in the last century alone. Yes, governments are very good at starting wars, and at economic destruction. But why do we keep putting up with it. Energy costs are reaching unbearable levels in Europe. The French and the Swiss are threatening to jail people who heat their homes above 66 degrees. Schools are returning to wood burning stoves to keep the children warm. Energy is rationed in advanced nations like Germany and France.

Humans as an industrial resource

Why, since it all seems like madness to any sane person. One reason that I offer is that the elites view us as an industrial resource rather than as citizen equals. The other day the lieutenant and chief eugenicist of Klaus Schwab, head of the World Economic Forum, Yuval Noah Harari, gave a speech and explained it all.

We just don’t need the vast majority of the population.

He explained it with a reference to when large families were an advantage because of the labor of the children but now they are a detriment because of the cost. He said we don’t need labor anymore because the world can be run with artificial intelligence so all those masses of people are no longer needed and should not be provided for.

Yes, they are insane, and satanic. But after all is said, there they are. And they run this world with the various government officials acting as members of the cult. What will or what can be done about this destructive madness? Why do sane people put up with or re-elect people who perpetuate such ideas.

The owners of this world do not value education

One reason is education which is now several generations into the destruction of our children. Again, I will paraphrase George Carlin when he described education as terrible and why it would never, ever get better. His answer was because the owners of this world want it that way. They want a world of indoctrinated cult members and therefore education will never get better. They want your kids to be unable to think for themselves. Because the last thing they want is an educated citizenry capable of thinking for themselves. Because the results of that would be their removal from power.

Finally, folks, in this elite world of culture signaling ordinary people have a chance to join with the insane elite and the opportunity is too much for most to resist. You might gain the favor of the elite if you are just so advanced, so well bred, so sophisticated, and so much better than the rest of us sane rabble.

From CastleReport.us, appears by permission

Related Topics:climate change paniceconomy
Up Next