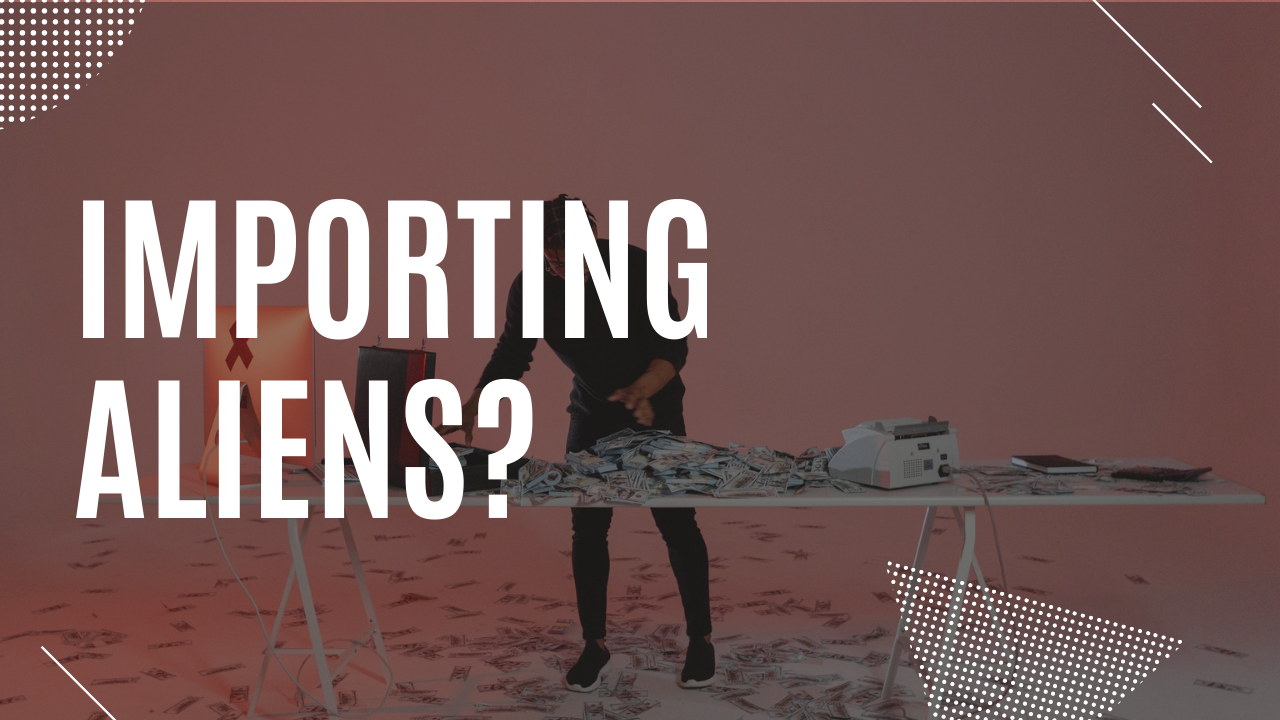 How do you help a people that refuse to help themselves?

If Florida Governor Ron DeSantis is not getting standing ovations from the American people for importing illegals into their own backyards, then he is setting fund raising records to the equivalent of up to 177 million dollars. Yes, you heard me right. All of this is for setting himself up as the one to stand against Joe Biden and his criminal administration’s agenda (Hosea 4:6).

The problem here is that most people are not aware of the fact, or they are simply not paying attention, that Ron DeSantis is executing the Joe Biden agenda by dispersing illegals (Marxist communists) into America.

On his heels is Texas Governor Greg Abbott outdoing Ron DeSantis in IMPORTING over 11,000 illegals into America since April.

Text of the Fox News report

The governor gave the new numbers as part of an update on the progress of the governor’s border security-focused Operation Lone Star.

The governor’s office says more than 8,000 asylum seekers have been sent to Washington, D.C. since April, more than 2,500 to New York City since August 5 and more than 600 Texas migrants have been bused to Chicago.

The program requires asylum seekers from the border to volunteer to take the trip across the country. Gov. Abbott’s office says the program is “providing much-needed relief to our overwhelmed border communities.”

On Thursday, 2 buses of migrants from Texas arrived outside of Vice President Kamala Harris’ residence in Washington, D.C.

“The Biden-Harris Administration continues ignoring and denying the historic crisis at our southern border, which has endangered and overwhelmed Texas communities for almost two years,” said Gov. Abbott. “Our supposed Border Czar, Vice President Kamala Harris, has yet to even visit the border to see firsthand the impact of the open border policies she has helped implement, even going so far as to claim the border is ‘secure.’”

Abbott’s challenger in November’s election, former Congressman Beto O’Rourke, tweeted on Friday “Abbott is all stunts, all the time. I’ll be a governor who is focused on solutions and on delivering for the people of Texas.”

Take note that Fox News reported these as mere migrants, not illegal immigrants.

Conclusion: What I have seen over the last 21 years in this country is not only the unbelievable, but also the unthinkable as to what the American people have allowed their politicians to do with their blood bought freedoms. IMPORTING illegals into their own backyards and yet, they are being praised for it. How do you help a people that have become so willfully blind (Jeremiah 5:25)?

As any regular reader of multi-contributor sites surely knows, the views expressed by any particular contributor are his own and do not necessarily represent those of the site owner.

CNAV is not sure that “importing” is a proper word to describe what Governors DeSantis and Abbott have done. CNAV would point out that:

Having said that, remember that the Democrats are not mocking these Governors for achieving any “importing” objective. Rather, they are complaining loudly because those two Governors have embarrassed them almost to tears by reason of their hypocrisy. Just because various Democratic Mayors designated their cities as sanctuary cities, doesn’t mean that they meant to function that way. And it certainly does not mean they were prepared so to act. In fact, Governors Abbott and DeSantis have conclusively shown that the “sanctuary city” designation was a sick joke. That’s why Beto O’Rourke is complaining, and that’s why those mayors are complaining.

Again, if the transportation of these aliens truly served the Biden administration’s dark purposes, those mayors would not complain. Well, maybe the umpty-do residents of Martha’s Vineyard would still complain. They remind CNAV of Oswald “Penguin” Cobblepot’s parents in the Batman franchise. But those other mayors would be ready at once to register those aliens to vote. This would be contingent upon passage of an Act of Congress to grant them all the right to vote in federal elections. True enough, such a bill actually cleared the House Judiciary Committee. But will it pass the House? The Senate? And might not the Supreme Court enjoin it at once?

The only other measure those Governors could have taken would have been to build special immigrant prisons and incarcerate those aliens themselves. But could they afford the expense?

Again, anyone who believes CNAV has missed anything in this analysis, leave a comment.

[…] conservative critics have a point. Laura Loomer (and CNAV’s own contributor Bradlee Dean) insist that busing immigrants anywhere achieves the objectives of the “patriot replacers.” […]