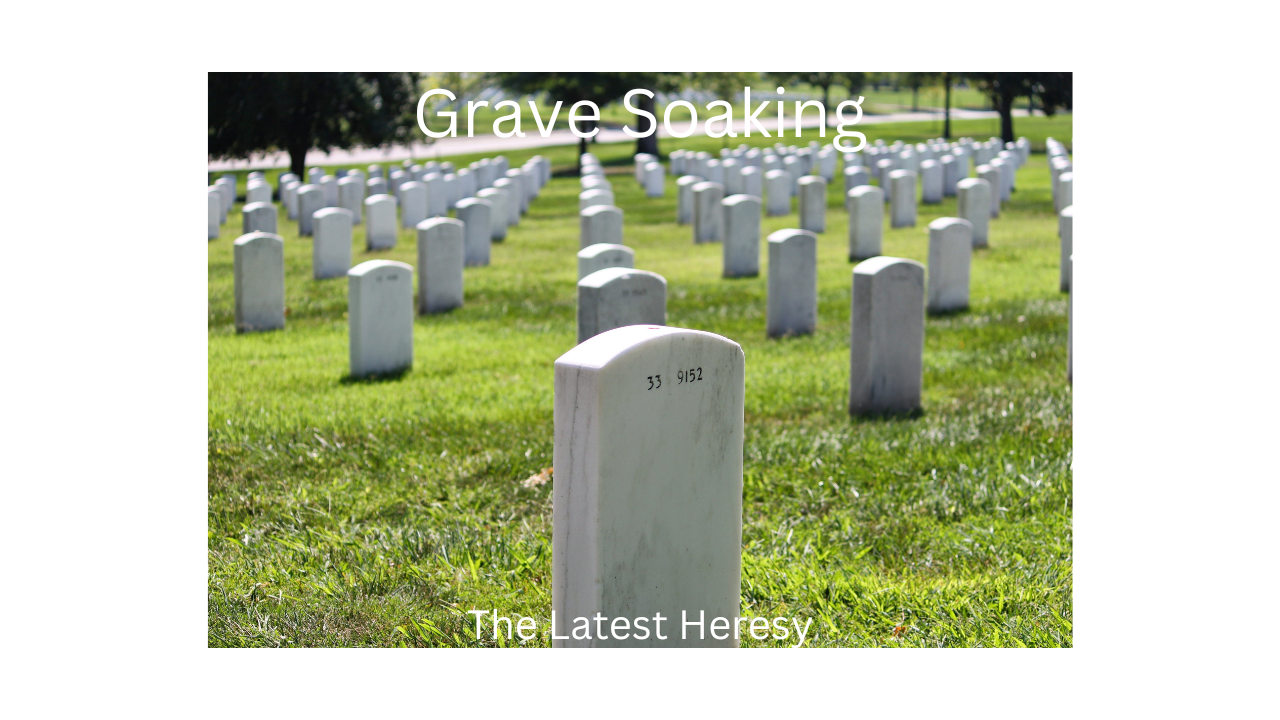 The church is called to be the moral compass of society. When that goes, everything goes.

Heresy in the Church: from playing fast and loose with grace…

The heresy in the Church today has reached new heights, no doubt. When you see it happen in such contrast to the Word of God, one has to ask what these heretics are reading because it is not the Bible.

the Spirit speaketh expressly, that in the latter times some shall depart from the faith, giving heed to seducing spirits, and doctrines of devils; 2 Speaking lies in hypocrisy; having their conscience seared with a hot iron.

First up, we have the heretic Seth Dahl trying to convince his congregation that sinner now becomes the Savior.

The word blasphemy with all the fearful connotation it carries sometimes feels inadequate in describing the depth a human can go in desecrating the Word of God.

What words can describe the upside down world of someone who can say, “JESUS ASKED ME TO FORGIVE HIM”? Blasphemy…

Grave soaking (also called grave sucking or mantle grabbing) is practiced by some charismatic churches in an attempt to receive a special anointing of the Holy Spirit; it is in no way supported by the Bible. Grave soaking is based upon the belief that a Christian’s anointing and filling of the Holy Spirit doesn’t leave his body when he dies, and one can receive this person’s anointing by lying on their grave and “soaking” it up. Grave soaking is problematic because it is founded on principles that are not described in the Bible and it is suspiciously close to necromancy, the practice of calling upon the dead for help.

Teachers who practice grave soaking point to 2 Kings 13:21 to support this practice. It says:

And as a man was being buried, behold, a marauding band was seen and the man was thrown into the grave of Elisha, and as soon as the man touched the bones of Elisha, he revived and stood on his feet.

A man was revived from touching the bones of Elisha, but this is a miracle that is only performed once. It was not repeated in the Bible, nor is such a practice anywhere instructed in the Bible. It is certainly not enough to base any sort of theology of the Holy Spirit.

Not in the Bible!

They follow the hirelings and heretics without question to their own destruction (John 10:12). Beware!

In Contrast to Mere Words, Christian Love Does!