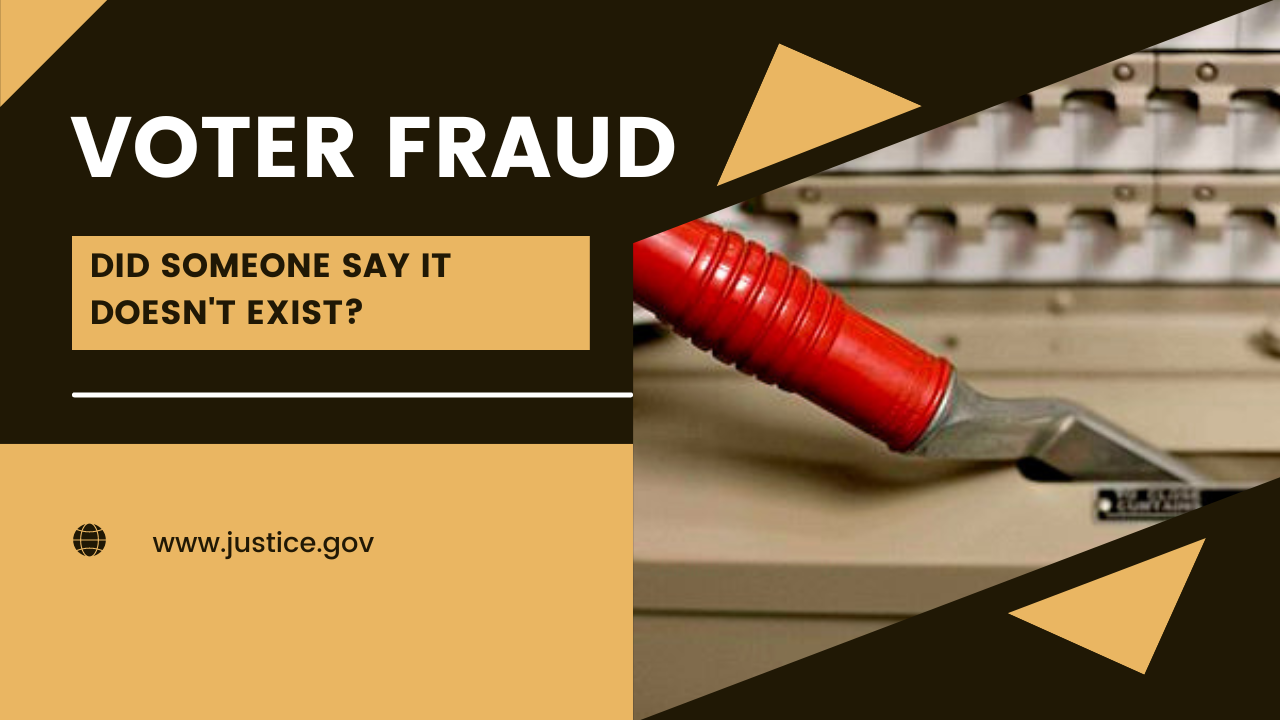 The devil wants you to believe him this time.

It is amazing that there are so many shameless “useful idiots” among us who are working for those who mean to destroy us all as a nation, and yes, that includes the destruction of the useful idiots as well (Jeremiah 6:15).

How many times have mainstream media, big tech companies, fact checkers, even under the guise of alleged conservatives like “NewsGuard” (Matthew 5:13), and engine search companies expunged the truth of the matter when it comes to protecting conspirators (Jeremiah 11:9)?

Now, another to add to their list of crimes is what we all know to be true when it comes to nationwide voter fraud. The media wants you to believe that it does not exist. Regardless, if they want you to believe it or not, it is happening, and that on a massive scale (Luke 12:2).

The wife of a northwestern Iowa county supervisor has been charged with 52 counts of voter fraud for her actions during her husband’s failed bid to run for Congress in 2020, the Department of Justice said Thursday.

Driving the news: Kim Phuong Taylor, of Sioux City, Iowa, allegedly filled out and forced others to submit dozens of voter registrations, ballot request forms and absentee ballots that had false information as her husband sought the Republican nomination for the state’s 4th U.S. Congressional District, the DOJ said.

• Taylor allegedly signed documents for voters without their permission and allegedly told voters that they could sign documents for relatives who weren’t present, according to the DOJ.

• She faces 26 counts of providing false information in registering and voting, as well as three counts of registration fraud and 23 counts of fraudulent voting.

• Taylor, if convicted, faces a maximum penalty of five years for each count, the DOJ said.

The vote fraud has been known about for a long time. And remember due how the Electoral College is choosing the President and Vice-President as a team the Biden/Harris is unconstitutional due to Mrs Harris not even being a US citizen, and the Obama/Biden and McCain/Palin teams were/are unconstitutional since Mr Obama and Mr McCain are not natural born Citizens of the US. We are dealing with treason, sedition, and other High Crimes, and on-going attacks on our freedoms and US Constitution.