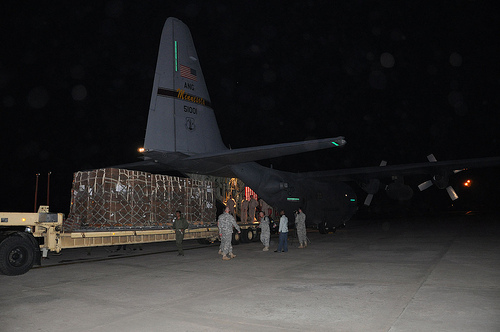 The recent capture of Usama Bin Laden has become a symbol of justice to many. But it has also raised an interesting question about foreign aid and whether its recipients are grateful for it.

Fox News reported that the United States has sent $3.4 billion dollars to Pakistan while it provided refuge for our number-one most wanted criminal. (Sify News reports that the Obama administration has already said that this aid will continue.) Many Americans have accepted that this country “needs” to send money to foreign countries to stabilize the governments that we befriend. So just how has sending over $3 Billion to Pakistan stabilized that government? And with friends like Pakistan, who needs enemies?

(Representative Ted Poe, R-TX-02, and Senator Frank R. Lautenberg, D-NJ, are asking that very question. Poe has introduced a “Pakistan Foreign Aid Accountability Act” to suspend foreign aid to Pakistan unless and until Pakistan could show that it knew nothing of where Usama bin Laden was. Lautenberg likewise is asking the Senate to freeze all foreign aid to that country until it explains how the most-wanted international fugitive could live in Pakistan for six years without capture.)

Although money can influence people, it cannot always buy friends. The billions of dollars this country spends on foreign aid supports that conclusion. When the United States is nearly bankrupt and Congress is bitterly contesting where to cut our national budget, to borrow money to send to ungrateful countries like Pakistan is absurd.

Pakistan, unfortunately, is only one example among many. According to the Heritage Foundation’s own charts, with rare exception, most of the monies we send to foreign nations to help us develop relationships with them do not achieve that noble goal. Indeed, as the situation with Pakistan has just revealed, our foreign aid money often goes to countries that look upon us with great disdain. This situation might be less offensive if we had the money to spare. However, we are literally borrowing money to send to these foreign lands.

Government bureaucrats, politicians, and their allies have always argued that we can best serve ourselves by developing relationships and helping stabilize these countries. True enough, to help indigent countries fight against diseases like AIDS and natural disasters can be noble. But how can our representatives defend the $10 billion we sent to Russia, or the $7 Billion we send to Jordan, or the $2 Billion we send to Bolivia? While our national debt soars through the roof and we mortgage our children’s futures, all in the name of securing our place in the world, perhaps we should ask ourselves if keeping this money here in the Good Old USA wouldn’t do more to make our nation stronger than sending it overseas. The next time Speaker Boehner and the President fight over our inflated and absurd budget, it might be nice if the first item on the agenda is cutting the money we are borrowing to send to foreign nations.

Obama v. Osama: who lies the most

hi, fine weblog, and a very good understand! just one for my bookmarks.

Pakistan Hates Us - Page 2 - US Message Board - Political Discussion Forum

[…] Quote: Originally Posted by Iridescence Quote: Originally Posted by WillowTree way to go demoncrats. way to go they hate our guts and you still have to send them billions of dollars.. outstanding. Where is your source? Is there a link? We HAVE sent Pakistan billions of dollars as well as trained their ungrateful Army officers. Foreign aid to ungrateful countries – Conservative News and Views […]