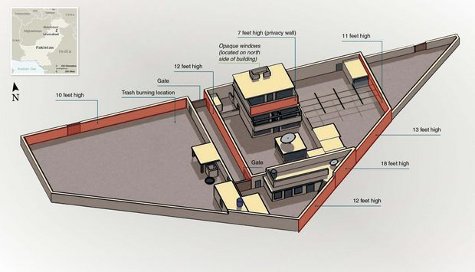 The government will not release any photographs of Usama bin Laden at his death. But Reuters today released photographs of other casualties of the May 1 raid that were at least as gruesome as any of Bin Laden’s photographs are supposed to be.

White House Press Secretary Jay Carney made the announcement early Wednesday afternoon (May 4), according to Fox News. He and President Barack H. Obama separately said that the release of any such photographs would “become icons to rally opinion against the United States.”

Many politicians and present and former officials disagreed with that decision. Senator Lindsey Graham (R-SC), for example, expressed the fear that the failure to release proof positive that Bin Laden is dead would fuel speculation on the part of Arabs everywhere that Bin Laden was not dead after all, but merely in hiding.

I know bin Laden is dead. But the best way to protect and defend our interests overseas is to prove that fact to the rest of the world. I’m afraid the decision made today by President Obama will unnecessarily prolong this debate.

Senator Kelly Ayotte (R-NH) said much the same. Having seen one of the photographs for herself, she questioned the notion that it was too gruesome to show. And this article at Examiner.com strongly indicates that conspiracy theories are already taking hold in Pakistan and elsewhere, claiming that Bin Laden somehow survived and escaped the raid.

Reuters News Service does not seem to have had any qualms about releasing photographs of enemy casualties from the May 1 raid on Bin Laden’s exclusive compound, located in Abbotabad, Pakistan, not far from the Pakistani military academy. Some of those photographs show an unidentified man with open wounds to his face and wearing a blood-soaked T-shirt.

Fox News gave descriptions of the withheld photographs of Bin Laden. They allegedly include an open wound to the forehead, revealing brain matter, and the complete destruction of one eye. Fox News also revealed that some of the other photographs suggest that the destruction of a wrecked Black Hawk helicopter at the scene was not as complete as the first reports stated, and that some sensitive US military technology might now be in Pakistani hands.

In other related news, confusion is still rife about the sequence of events during the raid, although this blog entry attempts to build a coherent account.

Obama v. Osama: who lies the most

Wow, marvelous blog layout! How long have you been blogging for? you made blogging look easy. The overall look of your site is great, as well as the content!…

Search Google for “WordPress themes.” You can’t go wrong installing a third-party theme. (But don’t try that with plugins. Stick to WordPress-vetted plugins if you don’t want your code to break!)