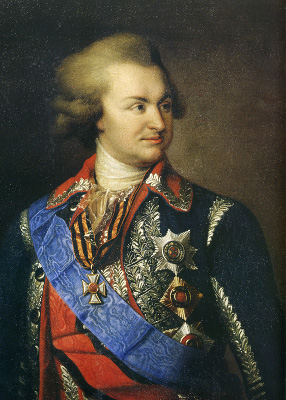 Gold might once again become the standard of value for the US dollar. Only that can stop the dollar from becoming worthless.

Steve Forbes is a millionaire publisher who once tried for the GOP nomination for President. Today he told Human Events that he expects the country to go back to a gold standard within five years.

What seems astonishing today could become conventional wisdom in a short period of time.

Richard Nixon took the country off the gold standard in 1971 (see also: MoneyNews.com), after the government nearly ran out of gold to redeem for US dollars. Without a gold standard, says Forbes, nothing stops governments from spending too much, borrowing to cover the spending, and finally printing new money.

That is exactly what the Federal Reserve is now doing, as TV host Glenn Beck has said for years, and as gold watcher Franklin Sanders said yesterday. Sanders, after telling his readers about the New York Fed’s “Permanent Open Market Operation” (buying the country’s own bonds), retold the story of Count Potemkin and his pretend villages during the reign of Empress Catherine the Great of Russia.

People know that something is wrong with the dollar. You cannot trash your money without repercussions.

Forbes meant that people buy gold, silver, other precious metals, along with foodstuffs and fuels (“commodities”), as a store of value. Today, speculators buy these products when they believe that prices will rise. Some have urged ordinary citizens to stockpile these items for their own personal use, in fear that our entire civilization might soon collapse.

Today, prices of gold, silver, oil, and other commodities fell, but only because:

None of those facts makes the dollar any more sound (and in fact predicting the Mighty Mississippi might be just as foolish as predicting the weather).

Representative Ron Paul (R-TX-14) is, so far, the only Presidential candidate to say that the US ought to return to the gold standard. But as TownHall.com notes, Dr. Paul is “less lonely these days” as more people agree with him that the government ought to not only go back to gold but also abolish the Federal Reserve completely. Forbes has taken notice, and noticed something else: when Federal Reserve Chairman Ben Bernanke appeared before Representative Paul Ryan’s (R-WI) Budget Committee, Ryan defied him to tell the committee how many jobs he had “saved or created” by buying the country’s own bonded debt.

Add this to it: the Obama administration, and the St. Louis Federal Reserve Bank, are once again bullying banks into lending money to people who by every rule of the market are bad credit risks. That is how the real-estate market collapsed in the first place.

The US Dollar [is] a bunch of hot air!

The dollar has lost 20 percent of its value in recent years. The “Dollar Index” cannot assure anyone that the dollar is healthy; it only shows that other currencies, like the euro, are in worse shape.

And when the country does go to the gold standard, the dollar will likely be worth much less than it is today. A gold standard can stop the slide, but cannot roll it back.

Best advice: Hold gold and silver for now. False signs of health for the dollar might still drive gold and silver down, but not for long. They will rise. Forrest Jones at MoneyNews quoted Hal Lehr of Deutschebank as saying that gold could trade someday at $2000 per ounce. Sanders is on record saying that gold will do better than that: $3000 per ounce, double its New York close today.

Related Topics:candidateelectionfinancegoldhistoryoilsilverstore of value
Up Next

PLRSCRIPT.COM BLOG » what are some free or low cost ways to promote a business opportunity in a 7 trillion dollar industry?