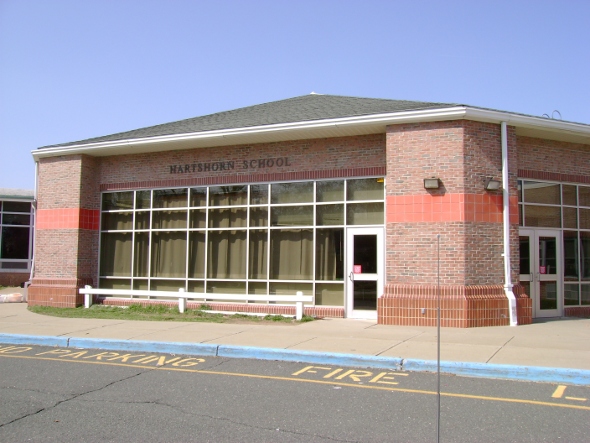 School choice need not come from government. We can have it at any time—by doing it ourselves.

From responsibility to dependency

In his inaugural speech on January 20, 1961, President Kennedy said,

Though many may remember those famous words, most have forgotten what they really mean. Kennedy had a clear sense of civic responsibility. His understanding unleashed a host of civic-duty-type organizations, like the Peace Corps. Fifty years later the blanket of government entitlements has smothered the concept of self-reliance.

Why are we turning to government to limit government?

We in the TEA Party movement are fighting to rein in out-of-control government and stifling deficits. But have we missed something? We all say we want limited government. But then what do we do? We expect to reel in government by creating more government through more legislation. President Reagan had the right idea when he said,

Nothing drives home this point more than the recent 10-northeastern-state compact, known as RGGI (Regional Greenhouse Gas Initiative). The Constitution is clear: states may not create a compact that Congress does not approve. (See Article 1, Section 10, Paragraph 3). The RGGI structure clearly allowed any state to withdraw from the Compact with a 30 day notice. But legislators and political activists in New Jersey spent much time and effort proposing legislation to revoke RGGI in the Garden State. They sought a government solution to a problem government created.

To wag our fingers at ineffective legislators might be easy. But when it comes to school choice perhaps we should wag those fingers at ourselves instead. New Jersey spends more per student than any other state in the union, but consistently scores lower than the national averages in math and science. To their credit, many legislators and activists have recognized this problem. One solution, from State Senator Steve Oroho, is the Opportunity Scholarship Act. In a recent article published in Family magazine, Senator Oroho described the Act as follows:

The Opportunity Scholarship Act is an innovative step towards school choice. This pilot scholarship program is funded by corporate tax credits. This legislation provides scholarships for students attending the state’s lowest performing, chronically failing public schools. These scholarships provide a way out for these children, so that they can attend participating out-of-district public schools or non-public schools anywhere in the state.

Senator Oroho deserves kudos for acknowledging the problem and trying to do something about it. But his solution is also typical of what is wrong with the government in New Jersey – and the nation. Government has created the problem, and We the People expect government to fix it. And this fix has big problems of its own. Look carefully:

“Corrective” legislation often does this. Again, to quote Ronald Reagan:

The most terrifying words in the English language are: “I’m from the government and I’m here to help.”

This Act may attempt to solve one problem but will create others in the process.

What can We the People do?

The answer is plenty. First we must stop looking to career politicians to solve our problems. But we can’t solve the problem until we know our role in creating it. In New Jersey, as in other states in this union, we all complain about the current status of our schools. Those of us old enough to remember the “glory days” when the USA ranked an untouchable number 1 in the world, complain the more. Today we rank far behind third world countries – especially in science and math. Some of the New Jersey Abbott Districts graduate fewer than 40% of their students, with Camden graduating below 20%. The real picture is actually worse, since many of these schools graduate students based on attendance and not academic achievement. These same districts receive over $24,000 and $26,000 respectively of state money per student.

Here comes the hard part that many don’t want to hear. First, a question: Do you really care about these kids who will not have the skills they need to engage the world? Or does paying absurd amounts of money ease your conscience? And can you kid yourself that school choice will fix everything when that school choice is incomplete, and not available to everyone? Perhaps it’s not your neighborhood—so you can turn your back, pay your taxes, and go on with life as if everything is just fine and dandy. After all, they have chosen to live in those places, haven’t they? Maybe you don’t care about those children, whom the world ignores. Maybe you don’t care whether these children get the education they need to be productive human beings. But at least care about your hard-earned tax dollar that keeps them in chains and slavery. Here in New Jersey, it’s not Senator Oroho’s problem; it’s not Governor Chris Christie’s problem; it’s not Barbara Keshishian’s (head of the NJEA) problem; it’s not even President Obama’s problem. It is a problem that well-intentioned but out-of-touch legislators and justices created, but it is a problem that We the People can fix. And we won’t fix it by throwing more tax money at it or creating more “corrective” legislation.

A plan for school choice without government

Here’s a plan to bring real school choice (and not Hobson’s school choice) to everyone. Any community in the nation can follow it.

Fair warning – it requires some work and some involvement. School choice does not come cheap.

The team must form a 501(c)(3) organization. This is a tax-exempt corporation formed for an educational purpose—and as such it may receive tax-deductible contributions. It is an ideal organization to plant a private school. This can be in an under-achieving school district or simply in your home town. All parents deserve to have choices regarding their children’s education and all children deserve a good education. That’s what school choice is all about.

All donations to the school organization are tax-deductible. Nor are they subject to the state’s mandates or regulations. This is significantly different from Senator Oroho’s school choice measure. Nothing passes through the state’s hands, nor is subject to any state approval. The parents make the assessment and the choice is completely their own. All private schools, including religiously based, are available to the parents for their children.

Create an Opportunity Fund for each school. For example, Veritas Christian Academy (VCA) in New Jersey has an Opportunity Fund. Any person or any business or corporation can contribute to this fund. It is used exclusively to defray the cost of tuition for families that cannot afford to pay the full costs. It is not used for operating or capital expenses. VCA uses an outside company (FACTS) to analyze the amount each student has to pay for tuition, and that amount is based on the family’s financial report, which the family voluntarily and confidentially submits to FACTS. This school is incorporated as a 501(c)(3), so any contributions it receives are tax-deductible.

What will this accomplish?

You may be thinking – if it’s such a great idea, why haven’t you done it yourself. In fact, I have. I am the founder of Veritas Christian Academy. Lately it occurred to me that VCA is a model for other schools throughout the nation.

There is much information on the worldwide web on how to start a project such as this. When in the process of starting VCA, we had much help from other schools that had gone through the same process. Most private schools are committed to education and are more than willing to help others reproduce what they have done.

Also, many churches (especially in the vicinity of the most troubled school districts) would be willing to open their doors to help establish such a project. A good school can not only revitalize a crumbling neighborhood; it can also revitalize a struggling church.

Chances are you could also organize a group of retired school teachers who would be more than willing to work part time to help with such a mission. Or, you can develop a co-op among home schoolers that would cooperate with your mission.

The truth is that the opportunities available exceed those of the Opportunity Fund. Such a project can ignite positive change within a community beyond expectations by uniting all those with gifts and talents and putting them to work to make a difference for the greater good. All that is needed is doers instead of complainers – and some good old-fashioned American ingenuity. It is time we stop looking to government to solve our problems and then complain that they are interfering in our lives and with our finances. Perhaps we can’t solve all the problems in the world, but we can sure solve the problem of an under-achieving educational system. The choice has always been ours after all.

Related Topics:educationlibertytaxTea Party
Up Next

The future of the Tea Party

“New Jersey spends more per student than any other state in the union, but consistently scores lower than the national averages in math and science.”

Where did this data come from. Everything I found has NJ near the top.
http://www.act.org/news/data/10/states.html

I cite the very sources you did! It’s very easy to have a high average on the test, if only 17 percent of the graduating seniors even take the test. And as for your New York Times data, call me back when we beat Singapore, with one hundred percent of graduates taking the test.