Has Obama broken the War Powers Act? The debate has seen refreshing honesty—and sickening hypocrisy—by those in Congress and out of it.

What is the War Powers Act?

The War Powers Act of 1973 says that if the President sends US forces into combat (or where combat might break out), he has sixty days to pull those forces out of that theater. Only Congress may extend that time. They may pass another law to extend the time directly. Or they may declare war, or pass another resolution authorizing the use of force. And if Congress cannot meet because American territory is under attack, the President may do as he must to fend off that attack.

The text of the War Powers Act even says where the Constitution gives Congress the right, and even the duty, to pass it. Only Congress has the power to declare war. (I.8.11) The War Powers Act is “necessary and proper” for Congress to execute, and guard, that power. (I.8.18)

Have past Presidents violated the War Powers Act? 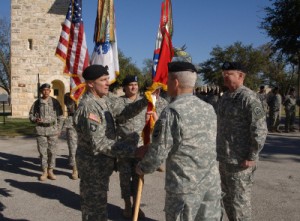 US Army soldiers, members of the Northern Command. The War Powers Act governs where a President may send these men. Photo: US Army

No. To be sure, they have been none too happy about it. Congress passed it in 1973 to make sure that no President in future would ever get the United States into “another Vietnam.” (In fact, they overrode President Nixon’s veto to do it.) In 1975 the War Powers Act found its first application: it stopped President Gerald R. Ford from sending troops into Angola to stop a communist group from taking power there.

Every President beginning with Nixon has said that the War Powers Act is unconstitutional. But none has dared breach it. No President has ever had forces in combat for longer than the sixty-day limit that the War Powers Act sets without making some report to Congress. (Presidents Gerald R. Ford and Ronald Reagan have sent troops into combat for quick, in-and-out missions. Ford rescued the SS Mayaguez, and Reagan rescued some medical students and captured a Cuban arms cache in Grenada.)

President George W. Bush did send reports to Congress, and did ask Congress to authorize the use of force in Iraq and Afghanistan, according to that law. Whether he gave the periodic reports that the law also said that he must give to Congress, as often as the War Powers Act says a President must, is still in bitter dispute. And whether Congress has truly declared war, when all it has done is to “authorize the use of force,” is in hot dispute in Patriot circles. (Some have told your editor, in often vitriolic terms, that Congress may not authorize force without declaring war. Your editor holds that when Congress authorizes force, it has declared war, though in a messy way.)

But no one can dispute that past Presidents have complied with the Act, however much they hated to do it, and whether they felt that the Constitution bound them to do it, or not. Now President Barack H. Obama has broken it.

What has Obama done?

Obama has sent US forces into combat in Libya. Thus far, he has sent ships and planes, and those planes have dropped bombs or fired missiles. He has never acknowledged sending ground forces into Libya. (But he has! He did it early on, and this video discusses other reports of “boots on the ground.”)


Whether the USA has ground troops in Libya or not, he has planes and ships there, enforcing a “no-fly zone” as the United Nations has requested. (See UN Resolution 1973.) And they have been in Libya since March 17, 2011. Today is June 18, 2011, and those planes and ships are still there. That one fact violates the War Powers Act, no matter how you construe it. (Certain circumstances can extend the time from sixty days to ninety.)

It says that the President is Commander-in-chief of the armed forces. That makes him the top boss, the referee of all inter-service disputes. He could in theory lead troops into combat. (No President since Washington has actually done that.)

But that does not mean that he may do as he pleases with the forces under his command. A President might not like it. A President may say that if Congress does not declare war or authorize force, and our country comes under direct attack from whomever a President wants to fight a war with, then that attack will be on Congress’ head. A President may argue that our country has already come under direct attack either from the country involved or by some non-government organization whom that country granted safe haven and a place to train. Congress is then responsible to the people for judging any such report and deciding what to do about it.

What do the lawyers say?

In fact, top lawyers at the Departments of Defense and Justice said yesterday that Obama has no right to keep forces in or near Libya, and needs to pull them out. Obama has chosen to listen to other lawyers who say that what he is doing is perfectly legal.

Politico.com quotes Senator Harry Reid (D-NV) as saying that the President is within his powers, because:

Congress alone has the constitutional authority and responsibility to declare war.

The Obama administration insists that we are not at war. The Washington Post disagrees. “Looks like war to us,” says their headline. The Post says that, even while saying that the War Powers Act needs amending, and that Congress ought to authorize force in Libya and have done with it.

Liberal commentator E. J. Dionne said, on National Public Radio, that Obama should have gone to Congress as the War Powers Act says he must. In that same segment, David Brooks laughed at Obama’s insistence that US troops are not in combat (or “hostilities,” to use the word that the War Powers Act uses).

Jack Goldsmith, owner of the LawFare blog, shows here that Obama’s “we are not at war” theory will not hold. He has more to say here. Among other things, he rejects totally the notion that a UN Resolution can authorize a thing that Congress does not authorize. The United Nations may request, but it can never authorize, and it certainly cannot order the US government to send troops anywhere. (Nor does it. Read the resolution, and you’ll see.)

What is Congress doing about it?

Ten Members of Congress are suing the President over this. They include three Democrats and seven Republicans. They include Dennis Kucinich (D-OH) and Ron Paul (R-TX). Both these men have been anti-war since they came to Congress. In addition, House Speaker John Boehner has threatened to cut off funding for any further operations in Libya.

Representative Tom Rooney (R-FL) said flatly that he does not accept Obama’s “we are not at war” statements. (Former White House lawyer John Yoo said that Republicans in Congress are abandoning their principles by trying to curtail a President’s powers when that President is a Democrat.)

What does all this mean?

It means that Obama has broken the Constitution yet again. But this episode has also brought out the best and worst in a lot of people, in Congress and out. Congressman Kucinich is refreshingly honest and consistent in opposing Obama’s Libyan adventure. So are E. J. Dionne and Senator Durbin. On the other hand, Obama and Reid have shown rank hypocrisy. Obama opposed all of his predecessors adventures while he was in the Senate. So did Reid, who is still in the Senate. Now Obama is doing a thing that Bush never dared: going to war without even giving Congress the courtesy of a report. (And when he did send a report in this last week, it’s a tissue of lies that would be funny were it not so tragic). And Reid is trying to let Obama get away with it, though he was the loudest anti-war voice in the Senate during Bush’s term.

John Yoo is wrong. Republicans haven’t abandoned their principles. But some Democrats have. (Thankfully, not all of them.)

Obama’s actions are the most dangerous. In addition to trying to say that we are not at war, Obama has said that UN Resolution 1973 gives him all the authority he needs. If true, that makes the United States a province of a new one-world nation-state that we call “The United Nations.” Or else the United Nations has “globalized” the armed forces of all its member States. Neither the United Nations Charter nor any UN Resolution says any such thing. Yet. Maybe that’s what Obama wants.

But Republicans do have to think about what they will stand for. If this disgraceful episode will make Republicans think again about how powerful they want a President—any President—to be, then good will come of it. If it will force Congress to take matters of war and peace as seriously as it did in 1941 (the last year in which Congress actually declared war), even more good will come.

Featured image: President Barack H. Obama, shortly before he was sworn in. Photo: The White House.

In the first place, although I admire the legislators opposing the unconstitutional (illegitimate / illegal) “president” over all of this, I ask myself: “Why bring a lawsuit? Why depend upon the court system to adjudicate what should and could be done by Congress?

Secondly, I grow weary of hearing and reading of Obama’s excesses and disregard for our nation’s Constitution. With each and every passing day, his actions accent the reason why our founding and framing [nation’s] founders put the “natural born citizen” clause into the Constitution. Obama’s bogus “presidency” is proof positive of what the founders and framers desired to avoid!

[…] Politics and Mother Jones) and sites considered “conservative” reference them, too, (such as Conservative News and Views and Red […]