A new Tea Party caucus has formed in New Jersey. Tea Party activists hope that the major parties will pay attention and listen to them.

What is the Tea Party caucus made of? 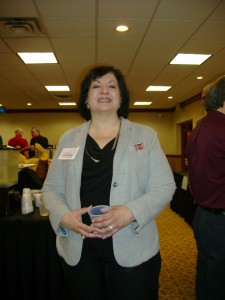 RoseAnn Salanitri, founder of Sussex County Tea Party Patriots, is also the head of the new Tea Party caucus. She said that she wants “average citizens of New Jersey to become a force to be reckoned with.”

We are tired of being manipulated by career politicians and frustrated by do-gooders who mean well but accomplish nothing of any significance.

Is the Tea Party caucus Republican only?

No. Mark Falzon, the Vice-President of the Tea Party Caucus, is a registered Democrat.

As citizens of NJ, we will not go quietly into that good night while our state is ravaged by an out-of-control judicial system and unresponsive representatives. Many of us have stood together to voice our objections to numerous issues only to be ignored or lied to. As we join forces with others throughout the state, they will not be able to ignore us any longer.

What does the Tea Party caucus plan to concentrate on?

Except for RGGI, these issues are interlocking, because court decisions are the reason for COAH, and for the current complex (some would say insane) system of school funding.

The two Tea Party Caucus leaders suggest that people contact them at:

The Simple Miracle of America

We need to protect the only REAL conservative in New Jersey’s congressional delegation!! The Governor and other RINOs want to sacrifice him while saving traitors like Lenard Lance.

The latest update [http://www.politickernj.com/52980/speculation-heavy-redistricting-deadline-looms] out of the congressional redistricting process in New Jersey is to place Republican Congressman Scott Garrett and Democrat Congressman Steven Rothman into a district together. Since the commission is charged with shrinking the New Jersey congressional delegation from 13 to 12 members, two incumbents will probably have to face each other in the next election. Since New Jersey is one of the few states that has a bipartisan redistricting process, the likely outcome is a congressional map that includes a “fair fight” district — one fairly balanced along party lines — that forces a sitting Republican congressman to run against a sitting Democratic congressman in the same congressional district.

It’s long been an article of faith that “a compromise will probably emerge, one that creates a general-election battle between two incumbents, with many speculating that race will be between Rep. Rush Holt, D-Hopewell Township, and Rep. Leonard Lance, R-Clinton Township. This is a likely scenario given that Lance’s hometown, which abuts the 12th and would be the least disruptive to the other districts.” [http://www.northjersey.com/news/opinions/128141828_When_incumbency_has_value.html?page=all]

Given that the Lance/Holt district is much easier to draw and is much more intuitive, a Garrett/Rothman district is clearly motivated by something other than what is best for the Republican Party and the people of New Jersey. The new Garrett/Rothman rumor seems like an attempt by Governor Chris Christie, who’s more moderate brand of conservatism has been at odds [http://www.reuters.com/article/2011/09/30/usa-campaign-christie-idUSS1E78T10J20110930] with the more conservative Tea Party, and his allies to team up with fellow moderate Republican, Congressman Leonard Lance, to turn the attention of the redistricting commission on the last vestige of real Tea Party influence in the Congressional delegation, Congressman Garrett. In fact, because of the demographics of the area, in order to draw up a Garrett/Rothman district, from Fair Lawn to Wantage, the compromise district would probably lean Democratic. If this rumor is true, not only will the Tea Party fully mobilize to lead Congressman
Garrett to victory, but it will remember Governor Christie’s efforts when it comes to his Election Day.