The “Gang of Six,” all together again, announced another plan to cut deficits and make a debt ceiling rise acceptable to conservatives. Barack Obama loves it. Wall Street loves it, too. But it might turn out to be total smoke and mirrors.

Outline of the Gang of Six plan for the debt ceiling

The most obvious problem with the outline: the favored tax treatment of IRAs and 401(k)/403(b)/457 plans would end. (This file holds the official executive summary.)

The devil in the details 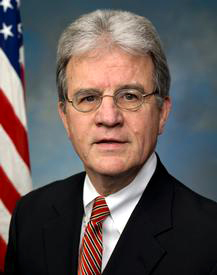 Senator Tom Coburn (R-OK). He rejoined the Gang of Six to hammer out another plan for the debt ceiling. Photo: US Senate

The larger problem: the outline is all we have. Even Senator Dick Durbin (D-IL), a Gang of Six member, admits that the Gang hasn’t even drafted a bill yet. And they can’t draft a bill soon enough to raise the debt ceiling by August 2nd.

Conn Carroll of The Washington Examiner spotted a worse problem. Any guess at the extra revenue that the plan would raise, assumes an answer to the question: compared to what? The plan does not say what they’re comparing their figure to—or as accountants say, the baseline. Carroll suspects that the baseline might well be what the government might take in if the Bush tax rates expire and taxes go back to status quo ante 2001. In that case, the plan would raise taxes by more than $3 trillion over what they are today.

The plan cuts government outlays by half a trillion dollars in its first year. But it says nothing about how big the government will be in five years, or ten. Then, as Dan Mitchell of the CATO Institute explained to Judge Andrew Napolitano, a “spending cut” isn’t always a “spending cut.” It might be only a slowdown in a spending increase.

How has everyone reacted to this debt ceiling plan?

Barack H. Obama, now holding office as President, likes the plan. (He might not be the best man to recommend it, though.)

Tea Party activists are highly skeptical. They want the “cut cap balance” plan by Rep. Jason Chaffetz. (That plan is coming to a vote this evening.) That plan includes a vote on one of three versions of a Balanced Budget Amendment to the Constitution.

Why Senator Tom Coburn (R-OK) rejoined the Gang of Six, no one really knows. Yesterday he proposed an even deeper cut in the federal budget: $9 trillion over ten years. That plan seems to have died.

Featured image: a Weimar-era householder wheels a barrow full of worthless scrip to the corner baker to buy a loaf of bread.

[…] down slightly at the New York Commodity Exchange. Then came the news of a “new” debt ceiling deal by the “Gang of Six.” Gold lost $20 an ounce in after-hours trading on that news. Silver lost […]